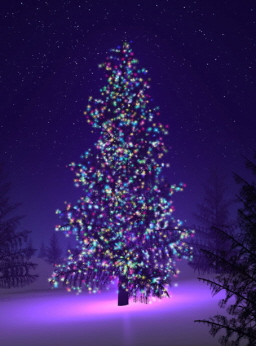 The lights are dim at the Black Gate rooftop headquarters, and there’s a light dusting of snow on all the desks. I dropped by to pick up the leftover egg nog from the Christmas party and discovered a rare thing: a deserted office. Even Goth Chick’s minions seem to have slipped their chains.

The only noise I hear comes from deep in the comic archives, where the tireless Mike Penkas is scribbling a Christmas Red Sonja post, muttering “For the love of God, there’s a giant spider right on the cover.” Not sure what that’s about, but I tiptoe away before I break his concentration.

It’s nice to see the place when it’s not bustling with activity. Everywhere I look there’s evidence of this year’s accomplishments. There’s the stack of scrolls Howard Andrew Jones used while researching The Bones of the Old Ones (Seriously, where did he find actual scrolls? That’s just showing off). There’s the whiteboard where Scott Taylor sketched out his Art of the Genre ideas, before accepting a big job and vanishing out to the west coast. Sarah Avery sits in that corner now, writing constantly and giving Skype interviews for Broad Universe. And there’s the scratching post Ryan Harvey built for his cat Cassie, in a vain attempt to get her to stop playing with the office Christmas ornaments.

And here’s the table where all the freelancers sit. They always seem to be having a lot more fun than the rest of us. They’re certainly louder, anyway. Here’s Emily Mah’s recording equipment, and Josh Reynolds’ occult detective collection. Beth Dawkins has only been here a few months, but she fit in quickly, clearing away a section of William Patrick Maynard’s vast pulp collection to make room for her paranormal romance paperbacks. Mark Rigney has made excellent use of John Fultz’s battered old writing desk, composing his own sword-and-sorcery epics, and David Soyka has vanished inside a fortress built of thousands of science fiction digests. Andrew Zimmerman Jones’ desk is clean, probably because he’s never there — he’s always on assignment at a convention these days.

The only staff member who doesn’t have a desk is the mysterious Matthew David Surridge — which I suppose is fitting. He’s been part of the team for years, but no one is 100% sure what he looks like. He’s a riot at office parties, though.

It’s been an incredible year for Black Gate. The traffic to our humble website has very nearly doubled in the last 12 months, and interest has never been higher. While we’re very proud of what we’ve done, there’s no doubt in our mind that we owe it all to you, our loyal readers. You’ve never been more supportive than you have in 2012 — with your comments, letters, and your continued interest in our endeavors large and small.

Thank you, from the bottom of our hearts. On behalf of the vast and unruly collective that is Black Gate, I would like to wish you all Merry Christmas and Happy Holidays. Continue being excellent — it’s what you’re good at.

Merry Christmas to you, John.

Merry Christmas to all the blackgate staff!

Sorry for the tardy post but I’ve been busy cleaning up after the minions.

Loading up my bottle of sun screen with self-tanner is apparently a joke that never gets old. Nor is putting “Have a Super Smiley Day” on my screen saver then locking me out of my computer.

Thanks to all for the holiday wishes. Here’s to a repeat of our success in 2013!