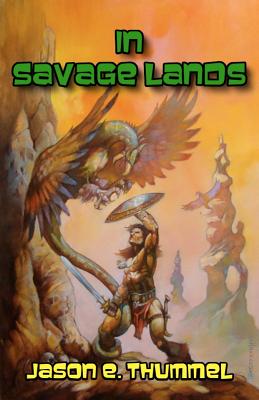 When I first read about self-publishing, I certainly didn’t think it was for me. I was busy trying to break into the market, working on my skills, celebrating a few acceptances here and there, and collecting a ton of rejections. It was what I had been told to expect, so everything seemed to be moving along just fine. At that time, with my limited understanding of what it meant, self-publishing would have been an admission of defeat, and was being self-published even really being published?

But the idea took hold and germinated in the recesses of my mind. I continued to read up on it, perusing blogs such as J.A. Konrath’s and Dean Wesley Smith’s and lurking on forums like the Kindle Boards Writer’s Café — even as I kept submitting to markets. I didn’t have consistent access to the Internet at that time, so my opportunities to keep informed were limited and infrequent. But over time, one thing became clear: there were people actually making a go of it, getting read, and a few outliers were actually making a living.

Which led me to ask what it was that I wanted to accomplish with my writing in the first place. Make a ton of cash, pay off the mortgage and retire, you bet. But that wasn’t really the reason, because if it was, I wouldn’t be writing. There are far more profitable ways to spend that time. No, I write because I take pleasure in it; I like the idea that something I’ve done might entertain someone for a while; that a stranger might read it and enjoy it. Yes, it’s all ego! I want to be read.

Well, that and make a million dollars.

A quick glance on the old hard drive showed over a hundred stories just sitting there, doing nothing. Some had already been published, but the rights had reverted to me. Others had been accepted by publishers that had, for whatever reason, folded before putting the story in print. Still others had been rejected by their intended markets, but I liked them anyway. And lastly, there were those that sat there because they deserved to. They weren’t all that good. So I selected a tentative table of contents for a collection and started researching the nuts and bolts of publishing in earnest.

One piece of advice I’d give to anyone making the decision to self-publish would be to take notes and keep track of what you learn and what steps you take. To my regret, I took a more enthused and far less disciplined approach. It was easy to get caught up in the moment and each small success — I’ve removed and replaced all the tabs with a paragraph indent! Huzzah! — drove me headlong into the next step. There will be a lot to re-learn on the next go-around. Sigh.

My first foray into self-publishing was In Savage Lands, a collection of sword and sorcery and heroic fiction, written in a traditional style. I immediately started throwing my weight around with my publisher, because I knew exactly what I wanted: a cover that looked equally traditional. My publisher was in total agreement. (As a side note, for what it’s worth, my idea of traditional in cover art is very much rooted in pulp, the 70’s and 80’s. Those covers just speak to me. One of the pleasures/possible pitfalls of publishing is that you get to indulge yourself).

My business plan was sketchy, but I knew what I could afford to put into art. I was proud of the prose; I wanted to be proud of the cover, so most of my funds went into this.

I e-mailed artists via their ‘contact me’ links on web pages and blogs; I looked at postings on DeviantArt; when I saw a cover I liked by someone posting on a forum, I PM’d them to inquire after the artist. Some replied, some didn’t, but the artists, small press publishers and self-publishers on the whole were surprisingly helpful when approached in a serious, businesslike manner, and even when denying my requests were at the least courteous.

And then as fate would have it, one of the individuals I had contacted, Jason Waltz — the publisher of a project I had been involved with — gave me the contact information for a cover artist I’d requested. And just like that, I had my art.

Well, in truth, there was more to it. I had to determine what kinds of rights were for sale, the cost of each, any limits on how I could use or reproduce the image, all things that would need to be clearly defined in a contract, because I was using a contract, right? Er, no. It was done on a handshake, of sorts. I’m kind of old-fashioned that way. But I do fully intend on getting some kind of contract template one day soon. Publishing is a business, after all, and a clearly defined understanding set out in a contract would take a lot of the anxiety and doubt out of things for all the parties involved. It would be the sensible thing to do.

I had the text, and thanks to Google, various blogs and forums and FAQs, had it formatted for both electronic and print publication (two completely separate formatting requirements). Now I had the art. It was time to put it all together.

There is an entire cottage industry that has grown up around self-publishing, and for a fee there would be any number of people who could have taken care of that for me. In fact, I could have contracted with individuals and businesses and gone from nothing but unedited text to fully edited, copy-edited, electronic and print publications. And I’m certain that if I had vetted those vendors carefully, looked at their track records, contacted past customers, I could have walked away with a product I was very proud of.

But I can’t speak to that path. My budget was small, especially in comparison to my willingness to learn. Besides, I like to do things myself when I can. So I downloaded a free, open source, image manipulation program called GIMP. It is often compared to Photoshop in terms of application, but I’ve never used or seen Photoshop, so can’t say firsthand. Using GIMP, (after spending a lot of time on the Internet watching and reading tutorials), I was able to take the image file for my cover, adjust the size, overlay it on a cover template provided by CreateSpace, add and manipulate text, create a drop shadow effect, etc. and end up with a wraparound print cover, the front of which could be used for the electronic version. 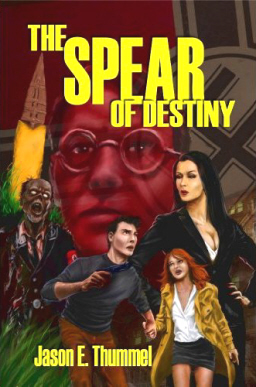 I drafted a blurb and product description, then uploaded the files to Kindle, Nook, Smashwords, and CreateSpace. But instead of kicking back and seeing what happened, which had originally been the whole point of this exercise, I went full steam ahead into my next project. My reason for this was simple. I wanted a print novel to put into the hands of my grandfather. He was ninety-six years old and for as long as I could remember, was always reading westerns. Only westerns. There was always some well-worn, browned, and brittle-paged paperback at hand. Unfortunately, the western isn’t a genre I write in, so I had to compromise a bit and hope he’d read it out of familial obligation, if nothing else, and end up enjoying it (possibly for the same reason).

My second publishing venture was a hard-boiled, paranormal detective novel, The Spear of Destiny, featuring Lance Chambers. It was a complete break from my previous work and the cover art needed to reflect that. Once again, it was my activity in a few small forums that led me to the artist. It pays to participate in an online community, even if in a limited capacity. Not only has it put me in contact with a great set of interesting and helpful acquaintances, as well as fantastic artists, but the support makes the whole process and venture seem manageable, even when it’s teetering on overwhelming.

Anyway, using the same process, and failing to write it down yet again, I was able to get my second endeavor into my grandfather’s hands, and he was able to read it. While it was a bit ‘dirtier and more violent’ than his usual fare, and had ‘too many cuss words,’ he liked it all the same. That was really all I needed to hear.

Would I consider the decision to self-publish a success? Yes I would, on both projects. They had each been entered into with one underlying purpose and a secondary objective in mind, and each had met its modest goal.

Will I continue to self-publish? Absolutely. I have a second Lance Chambers mystery almost ready to go, as well as a fantasy novel featuring duelist Sir Androi Karpelov, a character set to appear here at Black Gate, that I’ll likely publish. But I’m not limiting myself. I’ve just completed a novel in a genre completely new to me and I think I’m going to shop it around to publishers and agents (there’s a completely different debate brewing on that topic) and see if anyone’s interested.

My opinions have evolved, and for me personally a lot has changed over the past few years. I’m not quite as afraid to try something new. After all, I’m writing this blog post, and blogging is something I’ve never felt comfortable or confident enough to do before. I now see both traditional publishing and self-publishing as valid choices, each better able to address some desires over others, each a means to an individually-realized end. And in my opinion, they are not mutually exclusive; there really is no reason an author can’t do both. In fact, there are a lot of authors already doing just that.

There is a lot to learn about writing and business, about the publishing industry — both the traditional and self-publishing aspects—and I’m just getting started. I realize that, and it can be a little overwhelming, disheartening, and frustrating at times. But I’ve also got the pleasure of knowing that there are a lot of projects I want to tackle, and I can approach them without an endgame in mind. The paths to publication are more numerous and flexible than ever before. I am in a position where I can keep all my options open, and with the added possibility of self-publishing, I now have even more of them.

Sounds hauntingly familiar. The point is keep moving with the words and raising awareness.

IN SAVAGE LANDS turned out awesome in my humble opinion Jason. I think you nailed the look you were after and I like the text and atmosphere you achieved. If RBE was functioning on all cylinders I would have been proud to publish it. Keep on writing and publishing my friend!

Thanks John. Raising awareness definitely seems to be a monumental task and challenge, especially in such a rapidly changing environment.

Jason,
Thank you for your kind words, they are very much appreciated. You did some fantastic work with RBE and put out some quality publications. I am honored and extremely proud to appear in one.

Good work, Jason. As a fellow self publisher it’s refreshing to see writers realize the possibilities and freedom of doing it yourself.