In a small infinity of alternate universes, The Year’s Best Science Fiction and Fantasy for Teens isn’t just a single volume — it’s an annual Year’s Best that every library, especially every school library, collects, and that genre geeks of all ages look forward to. Alas, in our universe, Jane Yolen and Patrick Nielsen Hayden could only give us a 2005 volume. It’s a delightful cross-section of styles and subgenres, full of short stories that seasoned, adult readers of SF/F can sink their teeth into.

As Yolen notes in her preface, the YA market’s appetite for fantasy and science fiction novels doesn’t seem to have extended to short fiction:

[T]he book you hold in your hand now is chock-full of SF and fantasy stories Appropriate for Young Adults published last year — 2004. However, the majority of them have been gleaned from adult magazines, Web sites, collections, and anthologies. Why? Because there is very little being published in the field specifically for Young Adults. So we have taken it upon ourselves to seek out the gems for you.

The “you” Yolen and Nielsen Hayden address in their short introductions to all the stories is maybe twelve, maybe fourteen years old — at the real Golden Age of Science Fiction. Try to imagine picking this collection up the year you first realized you wanted to read every book the library had that the librarians had labeled on the spine with that little stylized rocket ship sticker.

About half of my students live in the Golden Age of Science Fiction, so this is my go-to teaching anthology. Here’s a story-by-story breakdown, how I use it, and how I don’t:

As great an unreliable-narrator story as this is–the narrator tells you not to believe a word about the handbag that opens to a pocket dimension with an entire village inside, and her grandmother told her not to believe a word of it–the best way I’ve found to use “The Faery Handbag” with students in their early teens is all about chronology.

The first time I read it, I didn’t even register that the story’s sections were told out of chronological order, because clicking the puzzle pieces together is such an old, familiar skill for me. For my twelve-year-olds, and even some of my fifteen-year-olds, it’s shockingly hard. That makes “The Faery Handbag” an awesome story for figuring out why re-reading is worth doing. I have them read the story once, to get the flavor of the maybe-real lost nation of Baldeziwurlekistan and the consequences of its continued existence in a handbag in the American suburbs. Then, when they lament that they loved the flavor of the story, but couldn’t figure out half of the causal links in the plot, I have them re-read and mark up their copies to figure out how they would have sequenced the sections. Then I have them write about why Link chose to present the incidents as she did, when she could have just stuck with chronological order and made the whole thing easier on herself. Even for the student who wishes the story had been easier for him, it’s possible to imagine why the author might have thought the harder way was cooler.

Here’s a fun adventure story with a young butt-kicking barbarian protagonist who will remind Black Gate readers of a certain Robert E. Howard character. The twist is that Blood Wolf isn’t in anything like Howard’s Hyboria — he’s in a version of Bronze Age Europe that’s been taken over by time travelers from twentieth century Nantucket. Our hero starts out with Conan’s classic antipathy to civilization, and he gets himself into serious trouble when he tries to bring his tribe’s honor code with him to a city built by the colonizing Nantucketers.

It would be tempting to use this story in a schoolmarmish way, to try to civilize the barbaric student by assigning essays about Blood Wolf’s benefactor in the city and how Blood Wolf changes. Those things are important to what Stirling is trying to accomplish in the story, but my students get enough of that kind of assignment at school. I like to use “Blood Wolf” to talk about exposition, world-building, and how Stirling uses the characters’ actions to drop hints about what the story’s clashing cultures are like. Quick, list everything you think you know about the Keruthini tribe based on what Blood Wolf does that the city folk don’t. My students are surprised at how much they’ve noticed without noticing, and when we go back to collect the missed details, we get to pick over some scenes of excellent butt-kicking.

It’s a thrilling chase across the Australian Outback with a child in peril — and the child himself may be the deadliest peril of all. This story very delicately refuses to settle down on one side or the other of the divide between science fiction and fantasy. Are the human characters trying to rationalize magical events in an ill-fitting scientific framework or are the bits of folklore that the characters have gathered antiquated attempts at understanding a first extraterrestrial contact? For jaded readers like us, the big fun of Aspey’s story is probably the way she turns the child-in-peril trope on its head. For a reader who hasn’t really articulated to herself what a genre convention is, this is a great piece for playing spot-the-trope. The fresh ways the tropes are used don’t interfere at all with their recognizability to a kid who’s seen the usual quota of movies and television. The standard school-style assignment would be about making an argument for which genre the student wants to file the story in. A cooler assignment is to explore what Aspey might have thought it added to the story to keep the genre so conspicuously ambiguous. 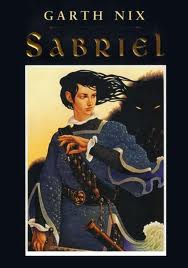 How confused can one teenager get in three pages? You’d be amazed. “Endings” implies a whole dark fairy tale, easy enough for the adult reader to construct in the hero’s point of view from the way it’s told in the monster’s point of view. It’s lyrical, sometimes incantatory, creepy, and yet touching. No student I’ve read it with has been able to figure out on the first reading who did what to whom and why.

I like to assign this alongside a tale or two from the Brothers Grimm, and then we get to talk about allusions and intertextuality. Those sound like intimidating words to them, until they realize the cartoons they grew up watching used those techniques all the time. When eventually my students have to write about “The Love Song of J. Alfred Prufrock” for their English teachers, they’ll be old hands at writing about allusions.

Garth Nix happens to be the only author in the book whom any of my students have read before they met me, so they’re willing to stick with him despite their confusion. His Old Kingdom series is utterly delicious, and I teach it whenever I get the chance.

“Dancer in the Dark”

I am embarrassed to say that I have never assigned this story. I admire Yolen and Nielsen Hayden’s decision to include a story with a strong, positive LGBT subtext. Alas, most of the client families who hire me to do general English teacher stuff with younger teens speak so little English, it’s actually impossible to ask them what their comfort level is for talking about issues surrounding sex when they come up in the reading. (You can read about some amusing calamities and near-misses in the early days of my tutoring practice over here.) So when I can’t have that conversation with the parents, I avoid assigning any text I would want a tutor to talk to me about before using it with my kids. “A Piece of Flesh”

Now things get psychological: What deep, near-universal human conflicts can our stories help us face? What is all the darkness in those fairy tales for? “A Piece of Flesh” is a first-person story in a voice that could come from any girl my students meet on the school bus. It’s also a story about fairy abductions, sibling rivalry, sibling loyalty, and plain skin-crawling uncanny creepiness. Most of my client families have immigrated to the US within the last two or three generations, so some of my students have never actually read an original folktale about fairy abduction. For them, I’ve assigned this alongside Irish fairy lore as collected by Yeats. That makes for some lovely essays about retellings and revisionism. I’ve always wanted to try assigning “A Piece of Flesh,” alongside some quotes from Jack Zipes, for older students who are starting to do research papers at school, but the occasion hasn’t come up yet.

Next Wednesday, I’ll talk about the other half of the stories in the book, and about what students do with the anthology as a whole.

[…] Teaching and Fantasy Literature: The Year’s Best Science Fiction and Fantasy for Teens (Part I) […]