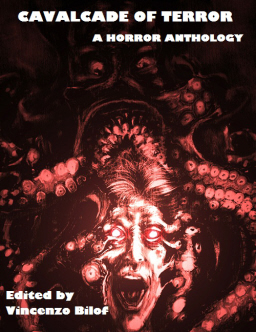 So there’s been a lot of recent attention to Mandy DeGeit’s frankly horrifying report of how her first piece of published fiction, “She Makes Me Smile,” was rather callously butchered by an amateur publisher, Undead Press.

The changes DeGeit describes include introducing an embarrassing error in the title (changing it to “She Make’s Me Smile”… what?) to re-writing whole sections, and altering several characters and plot points — all without informing her.

However the worst offense (in my professional opinion) was in how Undead Press treated DeGeit after she protested the changes.  Here’s an excerpt from the response she received from the publisher:

wow, i truly cant believe that e,mail. you go girl. this one one hell of a story about dealing with unstable writers… lets see. on the contract, it clearly says publisher has the right to EDIT work. you signed it. are you saying you are a dishonest and immoral person and will now try to deny you signed the contract? well i have a copy right here

and as for the story. the editor had a hard time with it, it was very rough and he did alot to make it readable. despite what you think, your writing has a long way to go before its worthy of being printed professionally. we did what we had to do to make the story printable. you should be thankful, not complaining. ah, the ungrateful writer, gotta love it. the contract also says any disagreements you have about the contract must be filed legally in Massachusetts and when you lose, you must pay all court costs.

so, we are done here. any more correspondences from you must be from your lawyer.

I’ve been a small press publisher and editor for over ten years and, if it’s reproduced accurately, that may just be the most thoroughly unprofessional piece of correspondence I’ve ever seen.

I want to be clear. Editors make mistakes. Lord knows I’ve made plenty. And there are certainly times when you need to change a story, often over the objections of the author. Judith Berman once called me “the most intrusive editor I’ve ever worked with,” and it was probably deserved. We worked on multiple revisions of her story “Awakening” before it appeared in Black Gate 10 and was nominated for a Nebula Award.

But I hope I’ve always been straightforward with my writers about changes I wanted, and why I wanted them. And far, far more important than that, I hope I’ve always treated my authors with dignity and respect. Because when you screw up (and you will), you’ll also need their understanding and forgiveness.

Any company that treats its writers the way Mandy DeGeit describes being treated does not deserve to survive.

You took the words right out of my mind, John. I read about Mandy’s experience early this morning, right before I wrote a post on the Swords and Sorcery League’s FB page about markets to be avoided. My thoughts on Mandy’s experience with Bilof echo yours. His lack of professionalism, the “prose” of his emails, and his smarmy, heinous attitude mirror his actions as an editor. Well done, and bravo, John! Bravo!

Just reading that sentence (to say nothing of the rest) makes me want to gouge out my eyes with a grapefruit spoon. Is there a technical term for someone who’s the opposite of an editor?

Thanks for being the one to alert me to this, Patty,

This kind of behavior taints the entire industry, and can drive away talented new writers, especially if it’s never addressed.

I think DeGeit was quite brave to go public with all the details, and she deserves support.

> Is there a technical term for someone who’s the opposite of an editor?

Well said. I’m not sure, but it’s clear we’re starting to work towards a definition here.

> Is there a technical term for someone who’s the opposite of an editor?

To be honest, I at first had a hard time believing this was true. It seemed so over-the-top that I wondered if Ms. DeGeit was leaving something out of her account … or just flat out making it up. But then reading through the comments thread of her post, I saw one commenter after another bringing up other horror stories of dealing with this editor and the various presses he’s spearheaded. Frankly, I’ve never encountered anything even close to what she experienced and I’m curious why someone would choose to continue working as an editor if he had so little respect for writers and their work?

Anyway, there are over four-hundred responses to the original post and the story’s getting cross-posted all over. I’d be very curious to read any response that Mr. Giangregorio might post. Generally, I don’t like to pass judgment after hearing only one side of the story; but unless the whole thing (original post and comments) turns out to be one big lie, it looks pretty bad.

Agreed. One missing piece of the story (for me) is the text of the letter DeGeit sent to the publisher. Without seeing that, it’s harder to judge the publisher’s response… bad as it seems on the surface.

She quotes from a fairly toxic letter at the end of her post, but I wasn’t clear if that’s what triggered the response from the publisher. If that’s what she sent, it’s clear she wasn’t entirely blameless in the exchange.

Exactly why did they buy it if it was so “very rough”?

An excellent — and rather telling — question, Mary.

bad publishers and one of the advantages of self-publishing | Jonathan Moeller, Pulp Writer

[…] ebooks, you are much less likely to have an unpleasant experience like this […]