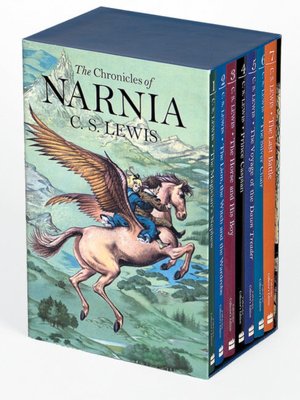 After reading through the various responses to my post two weeks ago, some of which were insightful and intelligent, others perhaps a little less so, I found myself concluding that I had probably gone a little too far in the process of defending historical authenticity against Daniel Abraham’s charge that it is not an effective defense against charges of insufficient strong women, excessive white people, or a surfeit of sexual violence.

Upon further reflection, I don’t think it is correct to conclude that a work of fantasy will necessarily be improved by additional historical authenticity. Would The Chronicles of Narnia be improved by religious schism or removing the historically ludicrous notion of four siblings ruling simultaneously? No, I can’t honestly say it would. Would Abraham’s own The Long Price Quartet be improved by making the imperial Asian culture utilize a historically authentic kanji/hànzì system of writing that would likely be all but unintelligible to the various warlike Caucasian societies surrounding it? No, I don’t think so.

On the other hand, I still think Abraham goes too far in dismissing the importance of historical authenticity with regards to works that are billed on the basis of, as he says, their ability to “show medieval life the way that (we’re pretending for the sake of argument) it really was.” It is highly probable that George R.R. Martin wouldn’t have gone so far off the rails with his most recent two books in A Song of Ice and Fire had he stuck a little more closely to the historical Wars of the Roses and the violent struggle between York (Stark) and Lancaster (Lannister).

Historical authenticity does not require that every fantasy novel concern itself with the life and times of Peasant John and his epic battle to save his diarrhea-stricken pig, after all, only that the author make a reasonable attempt to either a) get things reasonably correct, or b) provide the reader with some modicum of a rationale for departing from the realm of historical fact and plausibility.


It’s clear that even Abraham goes to some pains to make his fantasy world both internally coherent and plausible to the reader; to give one minor example, while he may be willing to play havoc with human reproductive systems utilizing his intriguing magical system of the andat, he does not arbitrarily change the gestational period to nine days instead of nine months. So, perhaps it is worth further discussing if historical verisimilitude is an effective defense against charges of insufficient strong women, excessive white people, or a surfeit of sexual violence.

But not in this post; the subject is surely large enough to merit a post of its own in the future. Instead, I intend to respond to a few of the comments made by various people on the previous post. But first, I have to thank Elizabeth Cady, without whom I doubt I would have read Abraham’s very good quartet. Although I fail to see how Abraham’s four books are advancing fantasy in any way or providing any real creativity about characters, I quite enjoyed them and was impressed with Abraham’s writing as well as various aspects of his world-building.

Now, I have to confess that I was a little bit puzzled by Cady’s notion of “advancing the genre”. Towards what is the genre advancing and why is that desirable, much less necessary?

It seems to me this moves the conversation from a literary one toward an intrinsically ideological one wherein one might as legitimately deplore The Long Price Quartet for its miscegenation and failure to advocate the important goal of the elimination of the evil Esquimaux people who secretly rule the world from their igloos as criticize John Norman’s Gor series for its sex slavery and failure to advocate mandatory maternity leave. As it is created by intrinsically political creatures, all art may contain various political biases and perspectives, but that does not make politics an appropriate lens through which its artistic value is discerned. If that is the route the genre is going to go, Tor may as well simply place donkey or elephant stickers on its books and thus ensure that no one will accidentally read anything that offends their delicate political sensibilities.

I thought Soyka put it very well when he wrote:

What ultimately matters is whether it’s own internal logic is successful in suspending disbelief to advance a story and/or perhaps shed some light on the human condition. Even if the storyline is not necessarily sympathetic to our personal political/philosophical convictions. As long as it is interesting. All this stuff is less about literature than advancing a political/philosophical agenda which may or may not have anything to do with works of fantasy.

I also had to agree that Hooded Swan had a point when he wrote:

The historically “accurate” world view of a character can be a barrier to reader sympathy for the character. That doesn’t require a quasi-medieval setting should be populated with 21st century American personalities. It does require the writer to pick & choose between historical authenticity & deliberate anachronisms to create a world that’s both internally consistent & populated with characters that readers understand. 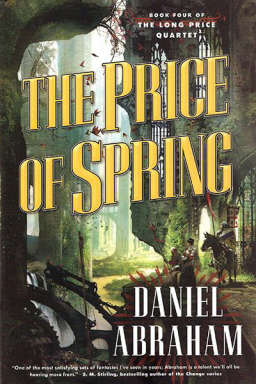 I have too much respect for Black Gate‘s best blogger, Matthew David Surridge, to fail to respond to each of his points in full. But given our mutual proclivity for extensive commentary and the very high probability that the discussion will be more detailed than most readers would find interesting, I will do so on my blog in the near future unless John and Matthew indicate that they’d prefer to keep it here. But I will note that it is impossible to disagree with his point that there are certain ways in which the modern Western world is different from the medieval world in terms of its ideals and philosophies. This is, in fact, central to certain of my criticisms of modern fantasy.

I am not, however, quite sure I understand CSE Cooney’s idea

that possibility, that exercise of the imagination, that thing that makes fantasy fun, doesn’t so much address the past as it yearns to the future. And everyone has a different vision of what they want the future to be.

It’s certainly true that everyone has a different vision of the future, but fantasy clearly seems to be much more oriented towards the past, otherwise we would not be discussing historical authenticity at all. It seems to me that the description better suits science fiction than fantasy.

And finally, I believe Barbara Barrett summed up the fundamental divide rather well when she observed:

It isn’t just a case of what authors can do – as stated, they pretty much have carte blanche but there’s more than one person involved. There’s also the reader. I may have misread the posts above but it seems to me that some are discussing the problem from the point of view of the author and others from that of the reader. The willingness of the reader to suspend belief is vital to every author. Anything is possible but is it probable — is there an explanation for it that the reader accepts.

I don’t know who would claim that the author can’t write whatever he wants or that the critic can’t criticize the author’s work on whatever basis he prefers. But I would claim that there is clearly room for legitimate literary criticism of authors who violate not only the willingness, but the ability, of the intelligent and educated reader to suspend his disbelief and immerse himself in the world that the author has created.

I apologize if I missed any substantive points that anyone felt merited addressing; please feel free to bring them to my attention and I shall attempt to rectify the situation.

I think I agree with Theo on pretty much everything–if I’m understanding what he’s trying to say.

I think a simple (if not overly simplistic) solution might be to call a work straying too far (in the most important ways, to be determined by each work) from actual history an Alternate History, as opposed to those fantasies set in our own past who try to capture that history as closely (or as necessary) as possible, along with, of course, the inclusion of some fantasy element set against this accurate historical background.

Stray too far from the life and times of the historical setting within which the fantasy is written and just call it an Alternate History, same as one might call such stories a Parallel World story in SF. Parallel World or Alternate History would give the author an out, right? He or she could write any darn thing they please–with its own internal consistency–without violating any reader expectations.

Or am I missing something with this probably too-easy solution?

Glad to see you back Theo.

Any ways great post. This should clear some stuff up for folks.

I’ve followed your thoughts on this site and I think you sometimes get taken in by all the bullshit out there.

People want to sell their shit so they will do all kinds of crazy stuff to make that happen.

Claiming their made-up-world is closer to the real world than another writers is just part of the Olympic Level Hyperbole that goes on.

In short just about every one is full of shit.

I frankly find it a bit odd that someone whom has made it clear they are familiar with Ancient Greek Philosophers can get so twisted up by fragile rhetoric rife with obvious logical fallacies.

Like I said a year or so ago on here;

You can reverse that ‘equation’ too.

Any ways a good story is really not much more than the above.

Thanks for the kind words, Theo! Sure, I’ll keep an eye out for a post on your blog.

[…] in fantasy.  A week later, Black Gate blogger Theo posted a critique of that article (and a follow-up post 2 weeks after that, to clear up some of the misconceptions created by his initial […]

[…] Exactly 499 days ago, I was discussing with a friend our mutual disappointment with A Dance with Dragons.   We waited for six years and that was our reward?  “I swear, even I could do better,” was said at one point in the conversation.  “So, why don’t you?” came the response.  The next day, I began writing the first words in what turned out to be the first in an epic fantasy series entitled ARTS OF DARK AND LIGHT, an 852-page book called A Throne of Bones.  In it, I attempted to build upon the foundation of my past critiques of the modern fantasy epic, a number of which were first presented here at Black Gate.  There are heroes and there are villains.  Characters have a clear sense of morality and know when their acts violate their conscience.  People possess religious faith, even when the religious institutions themselves are corrupted by the ambitious.  The basic fantasy tropes are embraced and utilized; no wheels are pointlessly reinvented.  Married men love their wives and have sex with them.  Children love, respect, and in some cases, even listen to their parents.  The plot is driven by the choices made by the characters rather than the other way around.  There is no historical authenticity, but there is reasonable historical verisimilitude. […]