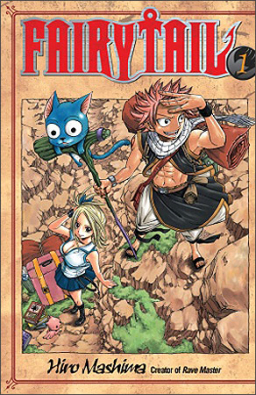 When I was invited to write a guest post, I immediately turned to manga. To my knowledge, Black Gate has never had a post dedicated to Japanese comics before, and I think that absence needs to be rectified.

The series I am about to recommend to you are as good, as dramatic, and as entertaining as any American comic book or even fantasy and science fiction novel.

What follows is a list of some of my personal favorites, as well as those that are must reads. At the end, I will list some of the series that I have not gotten to yet, but am looking forward to.

Ongoing. Kodansha has released 17 volumes in translation with vol. 18 due in March.

Lucy Heartfilia, a celestial spirit wizard, and Natsu Dragneel, a fire dragon slayer, form the nucleus of Team Natsu. Stealing a book from a corrupt noble and crushing dark guilds are just some of the adventures that Team Natsu and their friends find themselves in as they ensure Fairy Tail’s reputation as the strongest and most infamous wizard guild in Fiore.

Though the series starts out with a heavy does of comedy, the series has steadily gotten darker and more serious with each succeeding story arc yet still maintains an upbeat feel. Indeed, the series really starts to pick up with the Galuna Island arc. The great thing about Fairy Tail is that Mashima does not neglect minor characters. They all have moments in the spotlight. I personally find the series fun and enthralling, and it is without question my favorite series. 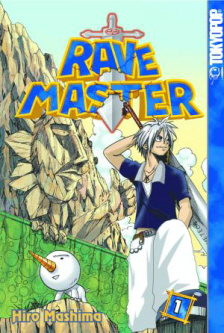 Haru Glory comes in possession of the Ten Commandments Sword and a strange being named Plue.

Leaving his home on Garage Island, Haru must travel the world to collect the RAVE stones. Along the way, he meets Ellie and sundry other allies in his quest.

This is Mashima’s first series. I’ve only read the first three volumes, but am looking to read more of the series once the public library finally gets them on the shelves.

Unfortunately, Rave Master is hampered by an inconsistent publishing history.

Currently, save for the omnibus final three volumes, the series is considered out of print. 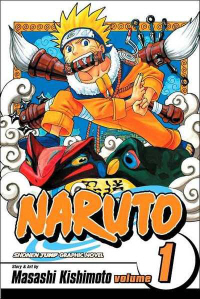 Ongoing. VIZ has released 54 volumes in English translation. Vol. 55 is due in March.

Naruto Uzumaki is the dead last in his ninja class, but within him beats the heart of a hero.

From dead last to the Hero of the Leaf, Naruto, with the help of his friends, becomes one of the greatest ninjas in his world. But, becoming hokage means nothing, if he cannot rescue his first friend from darkness.

This is the most popular manga in America (and second most popular in Japan) at the moment, and currently my second favorite.

The number of volumes (likely to reach into the sixties) may be off-putting to prospective readers. However, copies should be available from the local library or through interlibrary loan. 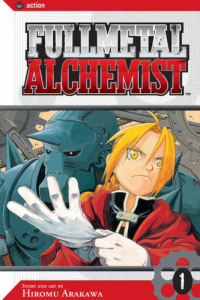 Completed. VIZ has released all 27 volumes of the series.

Edward and Alphonse Elric, two alchemist prodigies, commit the ultimate alchemical taboo when they seek to resurrect their dead mother. Now seeking to restore their bodies, Edward has become a state alchemist, a dog of the dictatorial military that rules Amestris.

Along the way, the Elric brothers meet a plethora of allies and friends, and they stumble upon a horrific plan centuries in the making.

This is my third favorite manga series. The series is almost novelistic in its ability to nearly seamlessly weave the various arcs into a unified whole.

The storytelling is stronger than the art, but the art has a charming quality.

Of the steam punk I have read, this is by far one of my favorite examples. 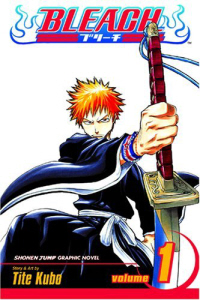 Ongoing. VIZ has realesed 38 volumes in English translation with vol. 39 due in April.

Ichigo Kurosaki is your average high school student who can see ghosts.

One day, he encounters Rukia Kuchiki, a shinigami, during a hollow attack on his home.

During the battle, Ichigo takes Rukia’s powers and becomes a shinigami himself. Thus Ichigo’s career as a substitute shinigami begins.

This is the second most popular manga series in America (and formerly one of Weekly Shonen Jump‘s trinity with One Piece and Naruto).

I like the art work of the series, but the story tends to drag as it progresses. My favorite volume has been the excellent third. Currently entering its long final arc. 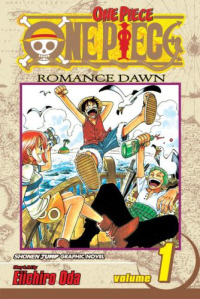 One Piece by Eichiiro Oda

Ongoing. VIZ has released 56 volumes in English translation with vol. 57 due in June.

With his crew of friends, Luffy travels the world looking for the treasure of Gol D. Roger, the last pirate king.

This is the most popular manga in Japan. Lately, two million copies of new tankobon are bought (compare this to Naruto which only sells half that much).

I have mixed feelings about this series. Some of the chapters I have read have not impressed me, but I enjoyed the first few volumes.

This series is rather insane and comedic, though it has gotten darker as it goes on. I would recommend using the library for this series.

Currently, the series is running 65 volumes with no end in sight. 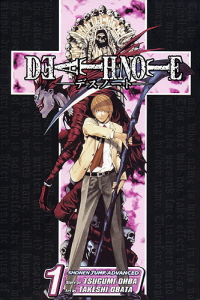 After finding the Death Note, Light decides to purify the world by killing all he deems evil.

A popular manga, this skirts the shonen/ seinen divide.

I have the first three volumes and have enjoyed them immensely.

The series is very dark and disturbing given that Light is a villain protagonist.

A contemporary fantasy, Death Note is one of the most accessible manga series for collecting (at only twelve volumes). 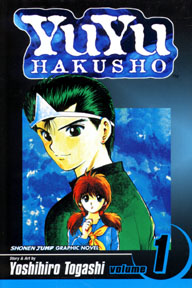 Yusuke Urameshi is a juvenile delinquent forced to become a spirit detective after his death.

Gradually, he forms alliances and faces multiple threats like a Dark Tournament and his predecessor as spirit detective.

I remember watching YuYu Hakusho when I was younger and have only just now started on the manga.

There are many similarities with Bleach except that Togashi tends to speed his arcs along. 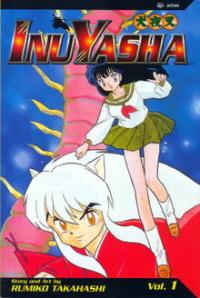 Kagome is a modern girl who falls into a well that transports her to feudal Japan. There, she meets the half dog demon InuYasha.

Together with their friends, they seek to restore a shattered jewel of dark magic and defeat the evil demon Naraku.

I have not read as much of this series as I would wish.

It is very interesting and well done, though.

One of the seminal manga of the past twenty years. 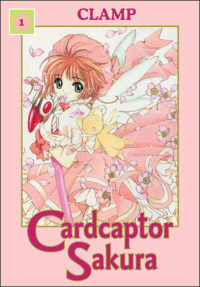 Meet Sakura Kinomoto, a young girl. She discovers her magical destiny when she releases the Clow Cards. Having to find them all and master them to prevent a disaster, Sakura with her friends navigate their duties, school work, and various life issues.

This is a very good shojo series. CLAMP is known for their imagination and the number of series they have developed for over twenty years.

I did not think I would like this series, but I ended up reading the entire second omnibus in one sitting. The comedy and drama are delicately balanced.

The only issue I have with it is the monster of the week elements of the series.

Speaking of CLAMP, I have not yet found the time to read X, Xxxholic, and Tsubasa Reservoir Chronicle, but I really want to check them out.

The same is true of Kentaro Miura’s seminal Berserk. Berserk would probably be the one series that is highly reminiscent of the gritty fantasy of Abercombie and Bakker, I’m also looking forward to Naoki Urasawa’s Pluto, Kazue Kato’s Blue Exorcist, Toriko, D.Gray-man, and definitely looking for more fantasy seinen.

Manga come in a variety of genres. And in each genre, there are a large number of individual series. It would be impossible to truly read them all, but try finding a few good series to spend a few afternoons with.

I’m no more an expert in the field, even though I know some of the title you mentioned, but if you speak of Heroic Fantasy and Manga the titles above the others are two: “Berserk” (that you mentioned, but it deserves a post of its own), and “Bastard!!” the craziest mix of tolkenian fantasy, D&D heavy metal and post-apocalyptic erotism, written by the pioneer Kazushi Hagiwara.

I hear you about Berserk, Morgon.
I am pretty ignorant of manga but found this series sword and sorcery trappings to be irresistible.

I read the first 16 volumes and still don’t know exactly what I think about it.
It’s simple, but strange, insanely over-the-top but occasionaly emotionally resonant, exaggerated to the point of parody (and beyond) but still shocking.
I liked it but can easily see why others might not.

MorganMax, I’ve never even heard of Bastard!! until today. The plot synopsis does sound interesting. I’ll have to check it out.

John,
I’m still waiting for my ILL request for Berserk’s first volume to come in.
By the way, I love your description of Berserk. Well said!

There’s also Record of Lodoss Wars, which is a classic heroic fantasy/quest story complete with elves, dwarves and a dark lord or two. I haven’t read the manga but I enjoyed the anime.

@sftheory1: “Bastard!!” was very popular in Japan at the end of the Eighties, and it had an underground popularity among manga maniacs in countries such as France and Italy (I’m Italian by the way!)
The story is nice for the first 13/15 tankobons, then it somehow goes off the rails, but Hagiwara’s drawings are still over the top.
The series is still going but with a sloth’s pace…it’s like three years that we’re waiting a new volume.
If you have the chance, give it a try! Still the best manga in the fantasy genre, IMHO.

While i’ve seen some of the anime of several of the ones you’ve listed there, the only one i’ve read any of is One Piece. I really enjoyed the first few volumes of that. I read them up to volume 18. I just felt like the series kept repeating itself. I feel like a lot of manga/anime does that.

@MorgonMax,
Viz has released 19 volumes in English translation, but I don’t think they intend to finish out the series.
@Glenn,
Repeatition is a bane of long running series whether manga or superhero. I must admit, though, that One Piece isn’t my favorite series. I’m not as down on it as I once was, but I’m still not as big a fan as I am with Fairy Tail.

I’ve come across a few of those titles and heard of others. Though the only two complete series I have are Fushigi Yugi and Petshop of Horrors. The former is more like Epic Fantasy in a Shoujo genre. The later is more like a Fantasy/Horror.

*sigh* Though anything that runs long enough does tend to repeat. Most of the stories I’ve only seen the Anime version of, such as Inu Yasha.

CLAMP does some interesting stuff – I have both the Anime and Manga version of Rayearth. 🙂

If you like light and fluffy – more in line with contemporary fantasy – Fruits Basket is pretty interesting, though the Manga runs about 23 volumes long. There’s some surprisingly dark issues mixed in with the light stuff too.

[…] gotten spoiled by the elegant and frequently hilarious translations in modern manga, especially Fairy Tail and the brilliant Fullmetal Alchemist. But it seemed the crisp and subtle artwork demanded crisp […]