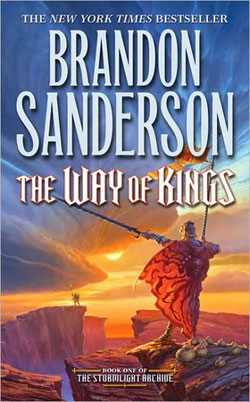 After reading some of my past posts related to the degraded state of epic fantasy, it is a pleasure to be able to say that there are still writers who harbor sufficient regard for the genre to write it more or less straight rather than attempting to subvert it in some tediously predictable manner.

While there is always a place in any genre for an interesting subversion – and few have ever done it better than Tanith Lee’s supremely dark take on various classic children’s tales – once the subversion becomes the norm, the novelty aspect is gone and the new sub-genre must stand or fall on its own merits rather than upon the borrowed merits of the genre it is subverting.

And at this point, the antihero in epic fantasy, or to put it more accurately, the villainous protagonist, is about as novel and intrinsically interesting as the creaking Hollywood chestnut featuring the grand climactic mano-a-mano confrontation between the hero and antagonist in which the hero is all but vanquished when a last taunt enrages him and inspires him to battle back to ultimate victory. Yee-hee-hee-awwwwwn.

I have to confess that I was very dubious about Brandon Sanderson’s The Way of Kings, which, given the author’s pedigree, sounds as if it is a pastiche of the literary corpses of Robert Jordan and George R.R. Martin. And it begins in a fairly pedestrian manner, introducing a fantasy world that is a bit more crystalline and reptilian than the norm. Sanderson’s worldbuilding isn’t particularly deep, but it is sufficient and he even offers a modicum of academic window-dressing in the vein of R. Scott Bakker; some people dislike it but I tend to enjoy the game of guess the philosopher. But gradually, almost insensibly, Sanderson’s story begins to draw the reader in and what begins as a journey of 1,000 pages rapidly ceases to be a long, slow march and becomes more of an easy flow of nicely plotted storytelling. 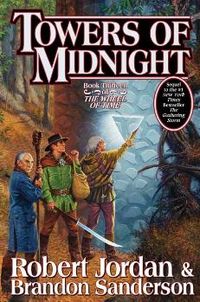 The political intrigue is far less sophisticated than Martin. The action is much less gripping than Abercrombie. The worldbuilding and sense of depth is far less developed than Bakker. The creativity doesn’t come anywhere close to Erikson’s almost incoherent originality. The literary style is no more than functional. And yet, the story remains interesting throughout because the characters are much more clear, credible, and in some cases, admirable, than those created by any of these authors except Martin.

While Sanderson can’t resist the all-too-common urge to have his young, pretty, and brilliant female protagonist talk in snarky quips as if she was inhabiting a fantastic version of a 70s sitcom, the moral dilemma he poses for her is sufficiently compelling to overcome the “witty” dialogue. And if the storylines of two of the other heroes, one a slave and the other a noble advisor to a king, are ridden with conventions, (the slave’s rather more than the noble’s), the relationships they encompass are strong enough to allow one to sit back and simply enjoy the story as it evolves. What is unusual is that it isn’t Sanderson’s characterizations that are particularly well-conceived or well-written – they do tend to be a bit stock – it is the way he colors in the conventional outlines through their various relationships that makes them more interesting to the reader.

The Way of Kings is not a great book, but it is a good, solid, long one and there is reason to hope that it could serve as the foundation for a long and entertaining series that, unlike The Wheel of Time and A Song of Ice and Fire, gets better as the series goes on.

I’ve read most of Sanderson’s stuff besides Way of Kings and you’ve pretty much nailed what sets him apart. After all is said and done, you actually like most of the characters and are emotionally engaged in what’s happening with them–contrasted with the feeling of distanced horror with which most of the rest of modern epic fantasy must be viewed in order to remain sane. Thanks for the review!