I don’t remember who first directed to me to John Bonner’s Comic Critique of Gene Wolfe’s latest novel Home Fires.

He was receptive. I procrastinated. After a not-so-brief hiatus, I actually sent him my questions. He answered.

Eventually, months after it all began, now that the, uh, stars are in alignment and the entrails of my oracular pig have disported themselves with a measure of amiability, I have the interview for your reading enjoyment here.

An Interview with John Bonner

BLACK GATE: I just saw on your website that Tor.com is now presenting your Comic Critiques! (This latest is on Neal Stephenson’s Reamde.) That’s so COOL! How did that come about?

They sent me an email. I think that wouldn’t have happened if I wasn’t getting a lot of hits; for that I can thank Neil Gaiman, who tweeted me.

As one guy wrote after the tweet, “Prepare for the blogapocalypse.”

And he was right!

I did my first comic when I was about 10, but since then have done other arty pursuits. However, I occasionally dipped into comics; when I was at Syracuse University I did a strip for the Daily Orange called “Afterthought,” a kind of meta-comic that knew it was in a student newspaper, but it was hard to sustain with all the other stuff I had to do there. I sold a cartoon to the British satirical magazine “Private Eye” and then had to make a living.

From time to time I’ve tried doing comic book stories, but they required a lot of time and effort. It wasn’t until I had the idea of doing comic reviews that I found way of doing comics without making a huge time commitment. I guess I’m a sprinter, not a marathoner. Also, I read a lot, so it seemed a good way of combining two interests. One day, though, maybe I’ll do something narrative. I have this idea about an 17th century time-traveller; a sort of Dr. Who, who has no idea what’s happening to him, the idea of time travel not being available to him. More like Dr. Wha…? Another is a rewrite of Steinbeck’s “Travels with Charlie” except set in the distant future. I’ve always liked the idea of future travel books. Wait! Isn’t that A Hitchhiker’s Guide to the Galaxy? Never mind.

Do you have favorite authors? Favorite books? 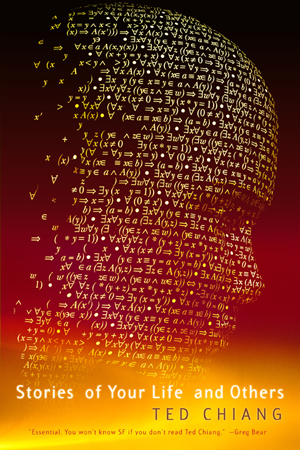 Favorite authors tend to be Brits. I don’t know why that is; I was born there and something in the language seems to feed directly into my brain; it’s the same old lot: McEwan, Barnes, Amis (not so much lately), David Mitchell (currently my favorite writer). I read everything they write (except Amis).

Americans? I love Nicholson Baker, though I’m avoiding his latest sex romp. For someone who writes amazingly long paragraphs his books are paradoxically concise.

For S.F., I absolutely adore Ted Chiang. I’d given up on the form until I read him. For me, the short stories and novellas he writes are perfect for the teasing out of S.F. ideas; most S.F. novels are like salads smothered with a not very nutritious mayonnaise of uninteresting character development and plot — the very things that received opinion says they are not good at anyway. Maybe it’s a contractual thing, why these novels are so big, but to me many seem spread thin.

Iain M. Banks I read. I love his sweeping vision, though even they feel padded at times. I recently reread some Arthur C. Clarke. Great stuff! He doesn’t suffer from some perceived obligation to make “literature” and all that that entails. Maybe editors were more pushy then.

I used to think that I was averse to fantasy – only hard S.F. for me – but now I think a good writer whose voice you “get” is the key to enjoyable reading. I’m half way through the second book of the Song of Ice and Fire, and the fact that it’s complete nonsense doesn’t bother me as much I thought it would. It’s like some weird , glittering construct built on our dimly perceived notions of knights and dragons and princesses and swords, and it’s very compelling. It’s quite funny, too, the way all the characters all fetishize “Valyrian steel.” Very easy to lampoon, but I suspect not that easy to do.

Your blog profile occupation says “commercial artist.” What does that entail? Does it leave a lot of time for personal art? Do you have any big projects of your own in mind? Are you willing to share?

I love the somewhat out of fashion term, “commercial artist,” because it describe precisely what I do; art for money. Over the years I’ve been slide-maker, multi-image show designer, illustrator (for print), animator (for TV), writer (for animation) graphic designer, interface designer, web guy and so on. Most of the jobs I’ve done did not exist when I left art school. The best work I’ve done commercially is when I’m lucky enough to include some element of of humor or delight, I think. A lot, however, has been pretty dull work-for-hire stuff. Even so the actual process of making it can be very absorbing and challenging, even if the end result is utterly ephemeral.

Personal art? I do landscapes, f%$#ing big ones, baby. They’re a great antidote to the fiddly world of Flash and html5. I used to feel it was all separate, that there was commercial art and there was personal art, and the one was somehow truer and more noble than the other, but now I think that really the are the same thing but existing in different markets. Ultimately, for the POV of history, there’s not any difference; though its nicer to make money doing something the end of result of which has more to do with you than with some moronic corporation.

I love your artist statement. You say George Nick has influenced you. How so?

George Nick was the first professional artist who paid me the compliment of paying attention. He came out to my home, when I was struggling to figure out what I was, and gave me a crit. From then on I took my work seriously, though I barely understood a word he said. Like most things that are visual, words fail. I guess that’s the point.

Are there any projects or artists you’d like the Black Gate readers to know about?

Hmm. I’ll have think on that one. I’m not really integrated into any community of artists, online or off. I love Craig Mullin’s work for movies. It’s nothing like mine, and perhaps that’s why I like it so much. Plus he gets to live in Hawaii.

Thanks so much, John. You got a fan in me.