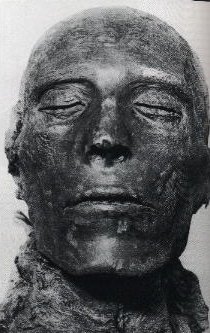 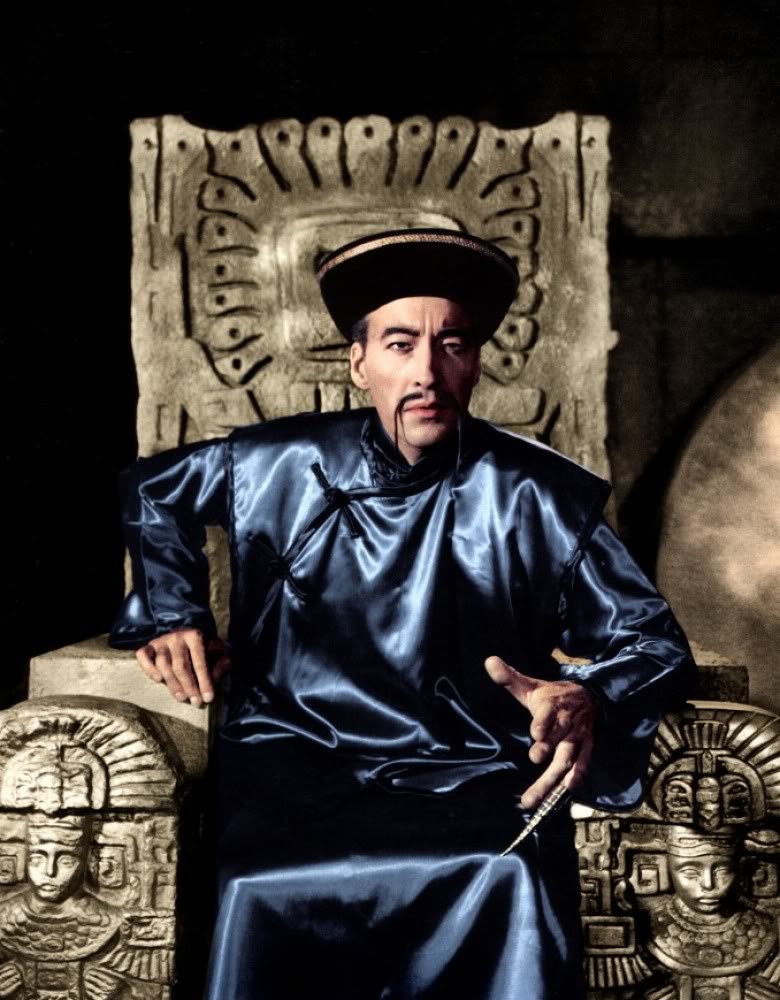 “The Mummy” was the tenth and final installment of Sax Rohmer’s Fu-Manchu and Company. The story was first published in Collier’s on December 4, 1915 and was later expanded to comprise Chapters 31-33 of the second Fu-Manchu novel, The Devil Doctor first published in the UK in 1916 by Cassell and in the US by McBride & Nast under the variant title, The Return of Dr. Fu-Manchu.

Following on from the unbearably suspenseful sadomasochistic tour de force of “The Six Gates,” this final installment of the second Fu-Manchu serial opens with Petrie sleeping securely for the first time in months aboard a ship’s cabin as he crosses the Mediterranean when his rest is disturbed by an urgent telegraph message that has just been received from an unknown destination. The message reads simply, “Dr. Petrie – my shadow lies upon you all.” It serves as a chilling reminder that, though believed dead after being shot by Karamaneh at the conclusion of the next episode, Dr. Fu-Manchu’s servants may yet take vengeance for her betrayal.

No sooner has this fact occurred to them than all concerned are startled by the sound of Karamaneh screaming. They rush to her cabin along with her brother Aziz and find her hysterical after an attempt on her life by an Egyptian mummy she claims entered her cabin through the porthole and attempted to strangle her in her sleep. Of course there is no sign of an intruder anywhere. 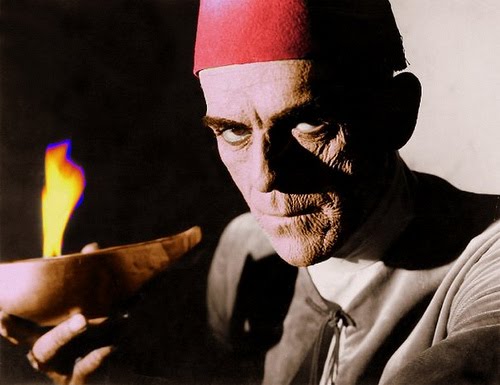 Nayland Smith is convinced the telegraph was a ruse to aid the failed attempt on Karamaneh’s life and that a servant of Fu-Manchu, disguised as a mummy, is hiding somewhere aboard the ship. Smith is adamant that the Captain must not be informed of the facts and Petrie must reassure the crew and assembled passengers that Karamaneh is in his care, having recently suffered a nervous breakdown and merely awoke from a bad nightmare screaming so as not to warn the assassin in the hope he is apprehended on his second attempt.

The next day Petrie has to deal with the nosy and concerned passengers alike from the gossipy Mrs. Prior to the kindly Bishop of Damascus, badly crippled from typhoid while Smith makes a quiet, but thorough inspection of the ship in an effort to locate the concealed man. The evening calm is shattered by a cry of “Man Overboard!” and Petrie rushes to the deck to learn that Nayland Smith has fallen overboard and been drowned. 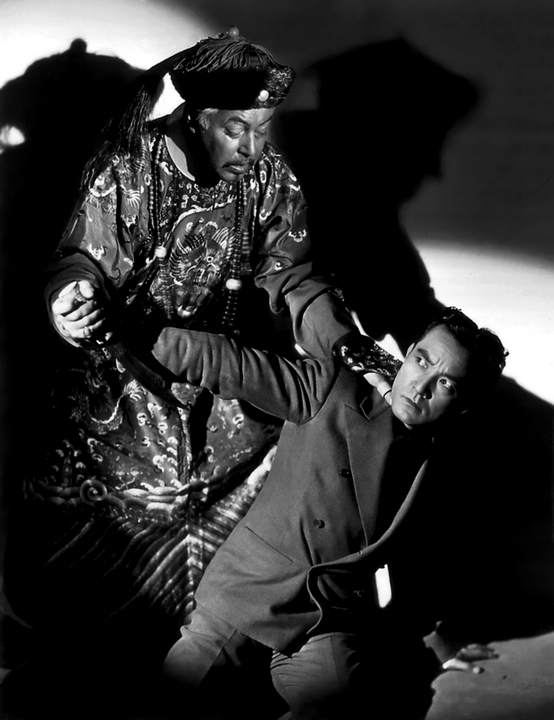 Despondent over Smith’s death which he suspects is an act of foul play, Petrie feels lost without his friend’s guidance. He is lying barely awake in his cabin when the porthole opens and before his amazed eyes, an Egyptian mummy peers into the room. As Petrie rises from the bed, the mummy seemingly disappears into thin air. Convinced 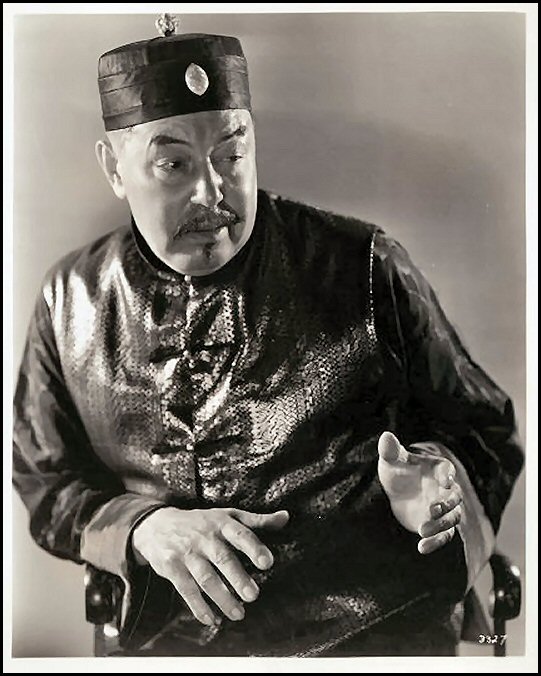 that he is hallucinating, he falls back asleep. A few days later, a sleepless Petrie passes the time in conversation with the Second Officer who mentions he thought he saw a tall man sneaking around the ship the night before, but that the stranger seemed to vanish into thin air. Petrie is convinced that some sinister agent of Fu-Manchu is aboard the ship after all.

As they near Port Said, Petrie realizes that Smith’s friendship meant more to him than even his beloved Karamaneh and recognizes that his heart has hardened in the days since his friend’s tragic death. That night, Petrie awakens with a premonition of danger and spies the head of the mummy staring in his porthole. He feigns sleep and the head disappears. Cautiously, Petrie follows the mummy and sees him preparing to enter Karamaneh’s room. Petrie cries out when suddenly the mummy is shot in the shoulder but manages to slip away in the darkness. Petrie is amazed to see Nayland Smith emerge from his hiding place as his old friend demands that the Bishop of Damascus’ stateroom be sealed.

Inside the Bishop’s cabin, they find evidence that the Bishop was really the mummy in disguise. Petrie learns that Smith faked his own death once he suspected the Bishop and knew he had to draw him out. They are certain the false cleric is an agent of the late Dr. Fu-Manchu but they are unable to learn his identity for as the ship sets anchor in Port Said, the sound of a terrible scream fills the air and they realize the poor man was hiding in the chain locker and was killed as the ship laid anchor.

As the page closes on the second Fu-Manchu thriller with the Devil Doctor presumed dead, Petrie and Karamaneh prepare to begin their new life in Egypt, soon to be husband and wife while Smith, in contrast with his earlier misogynistic attitude, murmurs to the two young lovers that perhaps Petrie has the right idea after all. The storyline reaches a satisfying climax with Rohmer carefully leaving the door open for Fu-Manchu’s potential survival should the second book prove successful to warrant a third appearance. Fortunately for the Devil Doctor’s many delighted readers, his success was assured and the third Fu-Manchu thriller was soon underway.