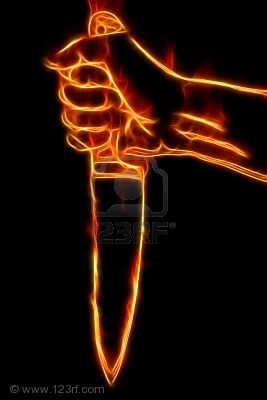 “The Fiery Hand” was the eighth installment of Sax Rohmer’s Fu-Manchu and Company.   The story was first published in Collier’s on September 25, 1915 and was later expanded to comprise Chapters 24-26 of the second Fu-Manchu novel, The Devil Doctor first published in the UK in 1916 by Cassell and in the US by McBride & Nast under the variant title, The Return of Dr. Fu-Manchu. 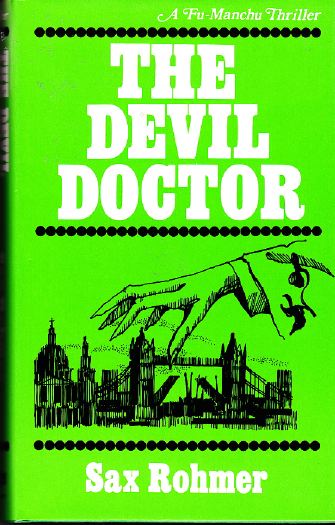 This serves as Rohmer’s variation on the haunted house story and mines the same territory as countless Sherlock Holmes pastiches where the reader is assured that the detective will arrive at a rational explanation because the other characters are convinced that the mysterious goings-on must be of supernatural origin from the start. That said, the story is an excellent one and finds Rohmer in fine form.

Inspector Weymouth calls on Nayland Smith and Dr. Petrie to enlist Smith’s aid in investigating the Gables, a property in Hampstead that appears to have been haunted for the past two years. The previous owners, a Quaker family who lived at the house for over forty years sold it after manifestations of a fiery hand holding a flaming dagger appeared. They said nothing of the incident at the time for fear of not being able to sell the property. 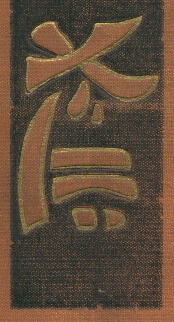 The second owner was a retired Colombian tea farmer named Maddison who lived there for six months. During that time, he and his servants were disturbed by shadowy visitors who peered over their beds at night muttering and by the incessant tinkling of astral bells. Several of the servants quit in a panic. Finally, Mr. Maddison was discovered one night dead in his armchair having died of fright.

A few weeks prior the house was leased to a French businessman named Lejay. After only two nights in the house, his servant ran screaming into the night after seeing a fiery hand clutching a flaming dagger that appeared in mid-air. Monsieur Lejay was later found dead on the front steps. His heart had given out from shock.

Nayland Smith decides to lease the Gables next. He dons a false beard and disguises himself as Professor Maxton with Petrie assuming the role of his valet, Pearce. The reader has been told that Smith has been granted a leave of his colonial administrative functions to hunt down the Fu-Manchu gang. Why he feels he is free to switch to hunting ghosts and why they must operate incognito is not made clear.

Their very first night in the Gables is disturbed by the astral bells. Petrie quickly realizes that Smith suspects a human agent is behind the supernatural manifestation. During the night, the astral bells are joined by a wailing woman. However, Petrie immediately recognizes the wailing as that of a mourning Egyptian. 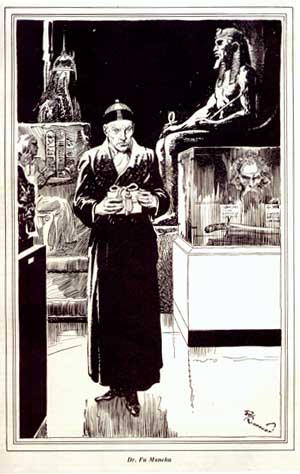 Investigating the sounds, they encounter the fiery hand with the flaming dagger approaching them. Against Smith’s orders, Petrie lashes out at the ghostly visitor but apart from an awareness that his blows struck an unseen person, Petrie knows little more than the terror of being hurtled down the steps and he and Smith reaching the front door and running for their lives. 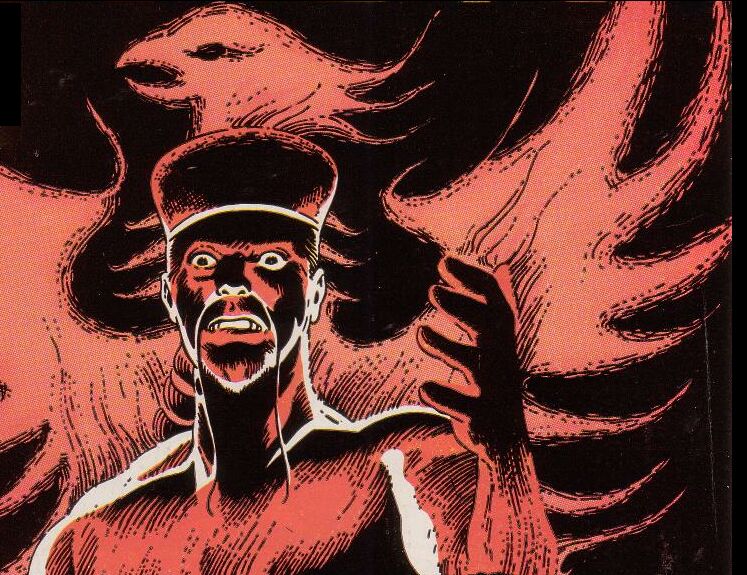 Back in the safety of their apartment, Smith explains that he first visited the Gables alone and discovered a scarf bearing Karamaneh’s distinctive perfume while investigating the wine cellar. Before departing to collect Petrie, Smith set mouse traps in the attic. He now discloses the retrieved mouse traps to Petrie. Each contains a dead mouse with bells tied to its tail.

Understanding the origin of the astral bells, Petrie inquires about the fiery hand and Smith explains it is a simple trick with a pocket torch (flashlight to Americans) hidden inside a false dagger to give the illusion of a fiery hand and flaming dagger in the dark.

Smith explains that it was he who threw Petrie down the stairs, fanned his fears and convinced him to run for his life for if Fu-Manchu knew they had discovered that the Gables was his secret hideout, they would surely have been killed. The story ends on a nice air of anticipation with Smith planning a raid on the Gables that he believes will finally bring Fu-Manchu to justice.