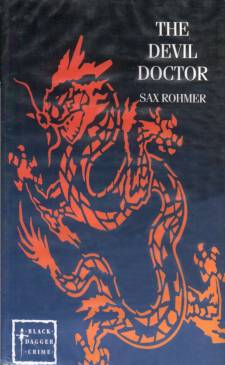 “The Coughing Horror” was the fifth installment of Sax Rohmer’s Fu-Manchu and Company. The story was first published in Collier’s on April 3, 1915 and was later expanded to comprise Chapters 14-17 of the second Fu-Manchu novel, The Devil Doctor first published in the UK in 1916 by Cassell and in the US by McBride & Nast under the variant title, The Return of Dr. Fu-Manchu. 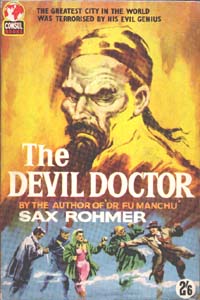 The story sees Rohmer return to fine form with Dr. Petrie awakening to Nayland Smith’s strangled cries for help from the room above his. He bursts through Smith’s door in time to hear a strange coughing sound from the window and the crack of a whip before he spies what appears to be a grey-skinned snake retracted from Smith’s neck and pulled bodily out the window as if it were riding a beam of light. Petrie provides much-needed medical attention for his friend has barely escaped this seemingly supernatural assassination attempt.

Interestingly, Smith insists there were small hairy fingers around his throat, but his bed is four feet from the window and no human could have reached him nor is there any explanation for the ghostly sight Petrie glimpsed. Smith was awakened by the sound of the mysterious creature coughing and tried fighting it off. He scratched off a layer of grey hairy skin which he shows to Petrie. They are still puzzled on how to rationally explain these bizarre sights, sounds, and sensations. 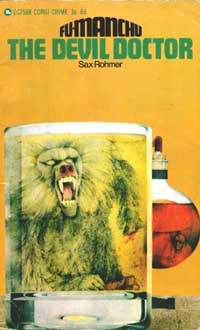 Inspector Weymouth has completed a house-to-house search of the East End and is convinced that Fu-Manchu has fled the area. He proceeds to relate the plight of one of his men in the East End, Burke who is now in hiding on his cousin’s farm. Burke knows some secret of Fu-Manchu’s and, fearing for his life, has shirked his duty as a police officer. Unfortunately for the man, Karamaneh has located him and he has subsequently twice scared off a coughing creature that went on all fours and attempted to enter the farmhouse by night. Smith tells Weymouth about his own experience with the coughing horror and the trio resolves they must hasten to the farmhouse that night in an attempt to save Burke’s life. 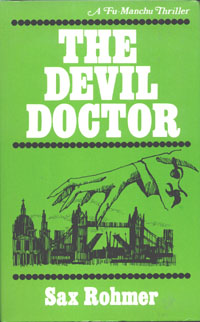 Smith repairs to the British Museum to research Abyssinia – where he believes the mysterious creature hails from while Petrie whiles away the time at J. Salaman’s antique shop which specializes in Oriental curios. Naturally, Petrie glimpses Karamaneh in the shop, but when he enters there is no sign of her and the proprietor insists he was mistaken.

The story reaches its conclusion as the trio converges on the farmhouse. Petrie keeps watch with Burke in his room that night and spies a strange doglike creature sniffing at the window sill. A small hand attached to an impossibly long arm stretches into the room. While the strange creature begins strangling Burke, Petrie unsuccessfully tries to break Burke free of its grip. 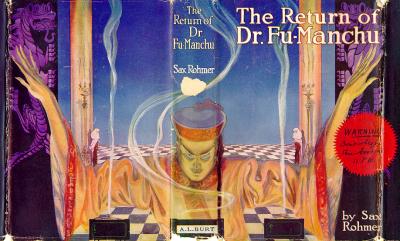 Petrie hears the coughing sound and the whip crack from below followed by gunshots. Recovering his senses, Petrie grasps the axe that has been left with him and severs the creature’s arm. He watches mystified from the window as the bloodied creature tumbles to the ground below. Petrie’s delay has cost Burke his life. The creature’s severed hand still clutches the dead man’s throat and Petrie has to cut the hand off with a knife.

Petrie joins Smith downstairs where he sees the wounded creature turned on its trainer, a Burmese carrying a whip, and killed him before making its escape into the woods. The trainer holds in his hand a note written by Burke to Karamaneh and Smith concludes the creature sought its victim by scent. While “The Speckled Band” is never far from Rohmer’s mind in these early stories, Sir Arthur Conan Doyle’s The Hound of the Baskervilles serves as a key source of inspiration in this instance. 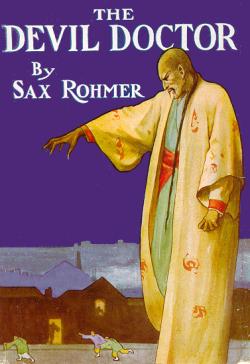 Smith reveals the fruit of his labors at the British Museum. He has identified the mysterious creature as an Abyssinian Cynocephalyte, a half-man, half-baboon cannibal. Smith tells Petrie of his prior encounter with Karamaneh while in Rangoon and how she failed to recognize him. Realizing that she had been hypnotized by Fu-Manchu, Smith locked her in his office only for her to escape despite being twenty feet from the ground.

The story concludes with Smith off to a meeting with Weymouth while Petrie considers the likelihood that J. Salaman’s antique shop is Fu-Manchu’s new hideout. He decides to investigate on his own rather than share his suspicions with Smith. Thus ending the story with the reader assured that old lovesick Petrie is blundering into yet another trap.