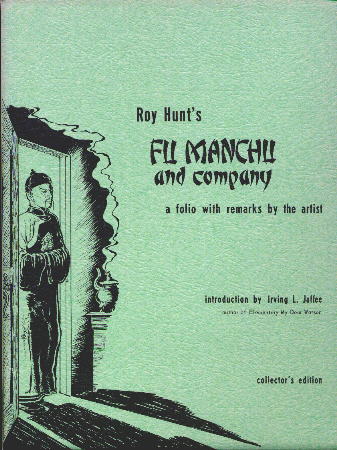 “The White Peacock” was the fourth installment of Sax Rohmer’s Fu-Manchu and Company. The story was first published in Collier’s on March 6, 1915 and was later expanded to comprise Chapters 11-13 of the second Fu-Manchu novel, The Devil Doctor first published in the UK in 1916 by Cassell and in the US by McBride & Nast under the variant title, The Return of Dr. Fu-Manchu.

The story gets underway with Dr. Petrie scouring the criminal district of Whitechapel Road with its Jewish hawkers and crowds of Poles, Russians, Serbs, Romanians, Hungarians, Italians, and Chinese immigrants. Petrie notes that he never sees a face wholly sane or healthy among these underworld denizens he terms “a melting pot of the world’s outcasts.” 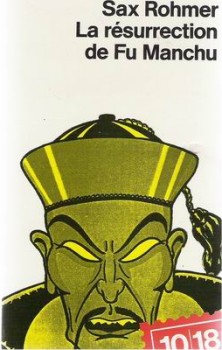 The reader quickly learns that Nayland Smith disappeared the previous night having set out in search of Shen Yan in Limehouse. Inspector Weymouth and his men are searching frantically for some sign of Smith. Consequently, Petrie’s paranoia (and xenophobia) is increased dramatically with the disappearance of the friend he holds above all others and who personifies the British Empire and Petrie’s sense of stability.

Petrie meets up with Inspector Ryman at the police station and learns they have already begun dragging the Thames in search of Smith. Petrie learns that Weymouth raided Shen Yan’s when Smith failed to emerge after entering the gambling house. No sign of either Smith or Burke, the American detective that accompanied him or of Shen Yan has been found.

Distraught, Petrie wanders alone along the wharf when he is startled by an eerie call. Narrowly recovering his balance before plunging into the Thames, he discovers and captures a white peacock whose presence on the wharf is seemingly inexplicable. 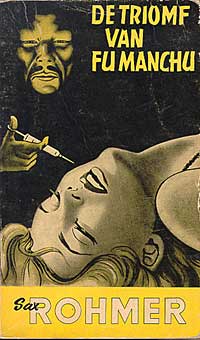 Leaving the peacock in the care of his bewildered police driver, Petrie returns to the warehouses along the wharf and discovers the hideout of the Chinese gang. A noose descends around his shoulders and his throat. Petrie is choked into unconsciousness.

He awakens with a swollen throat in a darkened cell with Karamaneh’s perfume in the air. Her pleasant memory turns swiftly to paranoia as Petrie imagines some poisonous insect or reptile of Fu-Manchu crawling alongside him in the pitch black cell. Rohmer builds suspense nicely and the reader is as relieved as Petrie to learn the other occupant of the cell is none other than Nayland Smith.

Petrie is able to free himself and Smith of their bonds. Smith does not know what has become of Burke, but confirms that not only Karamaneh, but Dr. Fu-Manchu is also present. Though neither man is armed, Smith is determined to route “the entire Yellow menace” that same evening because a secret meeting is taking place elsewhere in the building with Fu-Manchu’s superior, a Mandarin whose identity will be revealed in a future story. 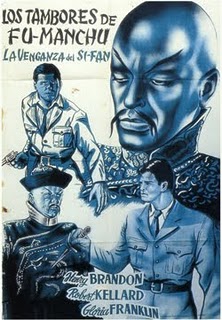 The remainder of the story is a series of vintage pulp suspense scenes as Smith and Petrie blunder from one peril to the next. The duo overhears a furious Fu-Manchu beat one of his servants to death for some unknown transgression. Seeking an exit, they stumble upon Fu-Manchu and the unknown Chinese Mandarin engaged in a heated conversation. Rohmer displays his newly acquired knowledge of vril, the Chinese word for the unique force that certain adepts are able to command.

Smith understands enough of their conversation to know that Fu-Manchu has been disgraced by his servant’s loss of a ritual decoration. Smith mocks “the national childishness of the Chinese” stating that “a race of ancestor worshippers is capable of anything” in some of Rohmer’s most unpleasant racist dialogue. 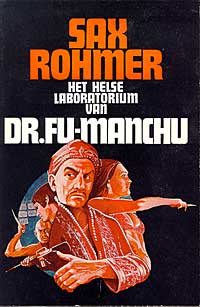 Smith is about to direct Petrie down a trapdoor when Karamaneh arrives and warns them of danger. Too late, of course, the trap door is opened by “a hideous yellow face.” Smith savagely kicks the man in the face and he tumbles down the steps. Karamaneh flees in terror as Dr. Fu-Manchu arrives with a group of armed dacoits. Petrie blows his police whistle, but the dacoits set upon them.

Petrie recovers consciousness a second time to once again find he and Smith bound as captives of Fu-Manchu. Rohmer introduces the concept of Dr. Fu-Manchu’s likeness to the Egyptian Pharaoh Seti I. This observation of Petrie is one Rohmer will repeat down the years and rivals Nayland Smith’s evocative description of Fu-Manchu’s “brow like Shakespeare and…face like Satan” in the character’s first appearance.

Fu-Manchu shares his dilemma with Smith and Petrie that the Mandarin whom he calls “the greatest man in China” and “the Sublime Prince” has arrived to honor Fu-Manchu for his service to China by initiating him into the Sacred Order of the White Peacock. The Mandarin has brought the rare bird with him from China for the ceremony, but Fu-Manchu’s servant has lost it and Fu-Manchu is now condemned to death for this sacrilege.
There’s a wonderful over-the-top moment where Fu-Manchu cries out, “O god of Cathay…in what have I sinned that this catastrophe has been visited upon my head?” While such dialogue is not in keeping with his characterization in later novels, it will heavily influence the campy portrayal of the Devil Doctor in Boris Karloff’s 1932 interpretation of the role in MGM’s adapation of Rohmer’s The Mask of Fu Manchu. Furthermore, there is the curious amusement of Fu-Manchu referring to his captives as his “dear friends” hinting at the sarcasm and sadism that Karloff so effectively portrayed. 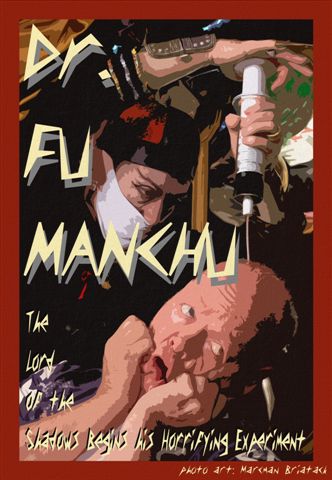 Despite the seriousness of their predicament, Smith elbows Petrie to snicker at “the childish trifles which sway the life of the intellectual China.” The modern reader struggles with Smith, the nominal hero as a bigoted lout at such moments. Petrie comes off better for feeling empathy with Fu-Manchu and appreciating the seriousness of his plight.

Petrie’s sympathy quickly evaporates when Fu-Manchu announces his plan to offer Smith and Petrie’s lives in the hopes that the Mandarin will lift his execution. Petrie speaks up declaring that he can restore Fu-Manchu’s honor by recovering the white peacock. Petrie bargains with Fu-Manchu giving his word to immediately retrieve the peacock with a dacoit guard if in exchange Fu-Manchu will spare both their lives.

Naturally, Fu-Manchu is ecstatic at the prospect of saving face and declares, “Oh god of the Golden Age, like a phoenix I arise from the ashes of myself” in one final sublime moment of camp splendor. The three men enter an honorable bargain as Rohmer emphasizes the importance of personal integrity to Fu-Manchu. The exchange is made and Smith and Petrie go free in place of the restored peacock.

Petrie is embittered at his having to cooperate with “the enemy of the white race” (echoing Smith’s jingoism) and yet adds cryptically that he and Smith retreat to “the mocking laughter of the gods” in a perfect cap to this well-written return to Limehouse mysteries replete in local color of the ethnically diverse Near and Far East.

Petrie’s fanciful adoption of the Pagan view of polytheistic fate perfectly reflects Rohmer’s successful immersion in the Orient and rejection of the safe (and to modern eyes, intolerant) trappings of the imperial West. This transition represents the redeeming quality of the best Yellow Peril fiction when it transports readers to another world with its own culture and morality and, despite the inherent political incorrectness of the genre, aids in the breakdown of cultural barriers and fosters an appreciation of the commonalities between East and West.