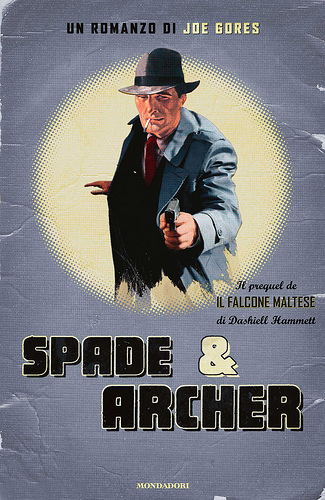 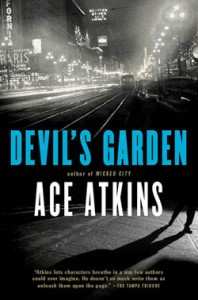 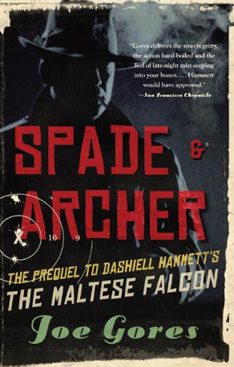 Hammett sprang forth fully-formed like some real-life Athena. There was no evidence that Edgar Allan Poe’s seminal Dupin stories or Conan Doyle’s Sherlock Holmes mysteries or even Carroll John Daly’s cartoonish exploits of Race Williams had the slightest influence on what Hammett wrote.

He fictionalized his own experiences as a private investigator and idealized his Pinkerton boss and surrogate father figure as the nameless Continental Op, hero of most of Hammett’s short fiction and his first two novels, Red Harvest (1928) and The Dain Curse (1929).

Hammett’s own self-image began to crystallize in the form of Sam Spade in The Maltese Falcon (1930) and the three short stories that followed and as Ned Beaumont in his masterpiece of crime and politics, The Glass Key (1931) until finally emerging in a scathing self-parody as Nick Charles in The Thin Man (1934).

Hammett lost his moral battle and his creative well ran dry, but he blazed out in a glory that still inspires readers to this day and keeps his fiction fresh and involving nearly a century after it was first published.

That’s where Joe Gores and Ace Atkins come in. Raymond Chandler was Hammett’s first heir apparent and Ross Macdonald aped and surpassed Chandler in terms of productivity and literary accomplishment. 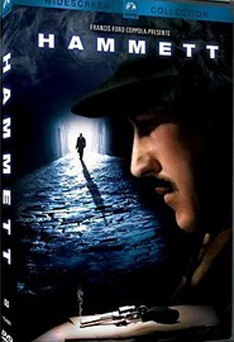 Surprisingly, Macdonald has passed into neglect as the even more prolific and sensitive Robert B. Parker eclipsed him in sales and critical acclaim. Chandler’s wisecracks and Macdonald’s burning conscience did much to erode the toughness that lies at the root of Hammett’s work.

No matter how talented those who followed in his wake have been, there is a realism that sets Hammett apart. He is the real deal even when the reader suspects he’s telling tall tales.

It is that same element of gritty honesty that makes Gores and Atkins stand out among the current crop of hardboiled writers. Both write so well and so authentically as to appear entirely genuine even when, as with Hammett, the reader knows they are stretching the facts for the sake of a good yarn.

Why then do they fail to match Hammett? What is it about their prose that always leaves the reader feeling that they just aren’t quite in Hammett’s class even though they stand head and shoulders above their peers? 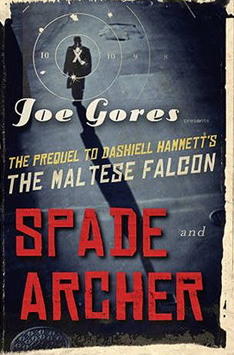 I suspect it’s a question of escapism. Watch Jack Webb’s film, The D. I. (1957) and compare it to Kubrick’s Full Metal Jacket (1987). The viewer is immediately struck by the difference in thirty years of film-making.

Despite the power and realism of the older film, Webb’s drill instructor never once utters an objectionable word. Webb conveys power and authority and the viewer both hates and respects his character simultaneously, but never once believes they are sitting through an unpleasant reality as one does when viewing Lee Ermey’s performance as the drill instructor in Kubrick’s last masterpiece.

The same is true in defining what separates Gores and Atkins from Hammett. For all of his authenticity and innovation, Hammett at his most risqué never once forced the reader to confront the full brunt of the harsh ugliness of crime in the streets and life on skid row. He gave readers enough to let them know that he’d seen it all, but the element of escape was preserved.

The reader still has fun while reading Hammett. Gores and Atkins, to their detriment, bring too much of the real world to bear in their documentarian approach to hardboiled writing. Gores’ emphasis on the smell of a man’s bodily functions as they fail at the point of death or Atkins’ anatomical correctness in discussing Virginia Rappe’s back alley abortion and the ruptured vagina she suffered as a result colors their prose with a coarseness that, although accurate, impedes on the reader’s ability to escape.

In the same way, the infamous French pulp villain, Fantomas can still make the reader laugh and offer sheer escapism when reading his exploits today despite him being a deranged mass murderer while Thomas Harris’ serial killer as anti-hero, Hannibal Lecter will always leave readers unsettled or sickened no matter how darkly humorous or sympathetic the author renders him in part. 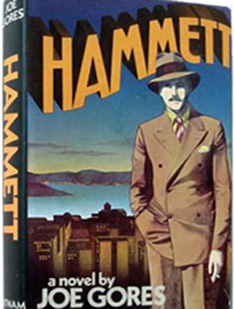 That may be the final distinction between fiction of the past and the present. The immortal writers of the last century had seen what the world had to offer and filtered it through a lens that made it more palatable whereas their descendants choose to hold up the mirror and show us the monsters we wish to forget in the first place when we crack open the pages of a novel to escape.

Hammett gave us all the Flitcraft parable, but both Gores and Atkins reveal the parable for what it is – a gifted, but ultimately selfish man romanticizing his failings as a husband and father. In the end, it is the bitter reality of Gores and Atkins’ unflinching honesty that is the unkindest cut. Sometimes we’re happier to let ourselves be willfully deceived and enjoy the illusion for as long as it lasts.

Great post, Bill! I don’t usually make the time to read much mystery fiction — especially classic mysteries — but you’ve inspired me to.

Now I just need to find my Hammett novels!

Thank you, John. While it’s great to see Hammett and Chandler recognized as literature these days, it’s important to remember their roots were strictly pulp. Hardboiled detective fiction remain part of my regular diet and I would encourage everyone to not only discover or re-discover Hammett and Chandler, but to check out Ross Macdonald, Joe Gores, and Ace Atkins as well. I’ll get down off my soap box now.