According to the powers that be, Black Gate will be publishing a trilogy of mine starting in the fall of this year (2011). Please note that I do not say “fantasy” stories, or “high fantasy” or “heroic fantasy” or “sword and sorcery,” although all apply, and accurately enough.

Indeed, precisely because those identifiers fit, my three stories, “The Trade,” “The Find,” and “The Keystone,” would find a poor welcome in almost any current venue except for Black Gate.

Why, then, do I chafe at these terms, and why do they cause me such angst as I dash toward the finish line of the novel, The Portal, that succeeds the stories?

If I must answer at all, let it be to say that I am, like Arlecchino in traditional commedia, the servant of two masters, and that these two masters are at war, they truly are. If I had to reduce them to their simplest, most essential forms, I would call the first Story and the second Style. The first is simple, direct, goal-oriented; the second is impulsive and flighty, the filigree on story’s solid cake. Both have value. Both, indeed, are essential for creating solid, timeless fiction.

Fact: My writing frequently treads the light fantastic, but my grounding is in what the scholars call “literature.” Fact: I come equipped with what passes, these days, for a classical education. This is not to say that I’ve read every classic known to humankind, or that I in any way remember what I’ve read (I have a terrible memory). Rather, the upshot is that I come to the fantasy genre with a certain amount of baggage. 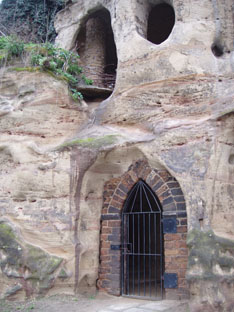 Everyone reading Black Gate’s pages knows that prose fiction, in English, is rigorously divided into fantasy and literature. (In South or Central America, this demarcation would seem both quaint and tired, but I don’t live there, and I’m guessing, gentle reader, that neither do you.) Without getting overly technical, it’s fair to say that fantasy writing allows for rampant magic and for sword-wielding women wearing (oh, dear) metal brassieres.

Literature allows for realism (and sometimes symbolism), and any available sword-wielding women get put, quite deservedly, into mental institutions, where they suffer horribly, learn some useful nugget about themselves, and come out the other side thoroughly tear-stained and ready to reunite (probably unsuccessfully) with their cranky, alcoholic, Prozac-popping loved ones.

Opinion: Fantasy tends to excel at story, but often falls short on style. Related Opinion: Literature tends to excel at style, but often falls short on story. My issue, as I slog forward with The Portal, is one of style. Current fantasy writing, long-form, tends to be pretty straightforward. Hell-bent sentences and creative flourishes are generally put aside in favor of blow-by-blow story-telling. Incident rules the day, and interior states (the thoughts of the characters) are touched on only glancingly. Proust, who spent some thirty pages simply having his hero wake up in Remembrance Of Things Past, would be turning in his grave. 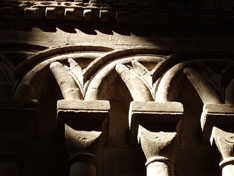 Confession: I tend to like flourish. I enjoy variety. I adore sentences that rush out for recess and play. Worse, I am entirely in favor of running roughshod with points-of-view––another no-no in the modern fantasy or sci-fi novel, so far as I can see. The accepted authorial standpoint is either first person or third-person limited, with one character standing in for the author. And so, to be safe, that is the exact position I’ve taken with The Portal, in which all events unfold from the perspective of a young herbalist named Rayna.  (No, she doesn’t wear a metal brassiere; she relies on her head and plenty of help––from both genders.)

Oh, I do love my heroine, but there are moments when I want badly to dip into the mind of one of her companions, or of any given person they meet on their journeys. Kipling did it. Dinesen did it. Tolstoy did it. Are these not the names of masters? Should we not emulate the best of what our English tradition has to offer?

Solutions to the problem abound. One is to knock Rayna unconscious and let someone else pick up the tale, if only for a heartbeat, either in the moment, or in retrospect. I’m considering trying that again, as I near the story’s climax, but I suspect I won’t do it. Rayna’s been beaten up pretty badly along the way, to the point where I’m feeling sorry for her. (They shoot horses, don’t they?) Or, I could allow another character to narrate some tale of his or her own, but if I try this too much I’ll wind up with leaden exposition, the death-knell of all drama and most prose. 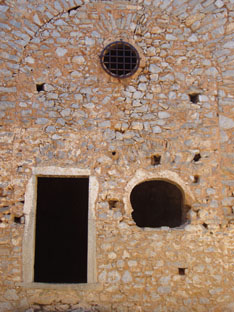 No, I must accept my chosen strictures. Third-person limited, that’s what I’ve done so far, that’s what publishers want, and that’s where I must stay. The only way to introduce a shift, late on as I am, would be by employing dreams, divine intervention, or psychedelic experience.

And guess what? I’ve tested each of these in the course of the book’s first 80,000 words. But only briefly. If I get too flighty, if I let my filigree show, I’ll have to try selling The Portal in the literary markets. And that won’t fly at all; The Portal contains overt magic, gosh darn it!

Bottom line: I can’t fashion a single sentence without wondering if what I’m doing is sufficiently important to justify my attention to it. Will The Portal stand up to Hemmingway (whom I don’t even much like)? Will it measure up to Forster, or Shakespeare, or Twain? Of course it won’t––and I shouldn’t even be asking these things. But then again, a healthy sense of humility and a large dose of fear keep me honest. As Neil Young said after wrecking his Saturday Night Live dressing room, and explaining it all away as a case of nerves, “You’re only as good as your last note.”

It matters, to me, that my work might matter. I don’t mind the idea that it might not be published; I can live with that. But it had darn well better rate. No matter the fantastical trappings, it must contain serious ideas and weighty, soul-shattering problems, the same ones that have kept Sophocles and Camus and Calvino awake at nights. Sometimes works of fantasy match these heights––but not, in my experience, very often. Not, in fact, often enough.

But I am the servant of two masters, and now, as Rayna nears the completion of her journey, as the first of “her” stories (she isn’t even in “The Trade”) marches closer to publication, I find myself dragging my feet not because I don’t know what will happen next––I do––but because I am so deathly afraid that all those words and even Rayna herself––her goals, her fears––add up to nothing.
Is there a better recipe for writer’s block?

Ask me again in a month.

P.S. – That last proper paragraph is a fine example of me at war with myself.

Look how I started out with a nice simple declarative sentence, and see where it got me! One parenthetical, two hyphenated clauses, and five commas. Is there room for all that pretension in the fantasy novel? I surely hope so. I surely do.

Mark Rigney is the author of Deaf Side Story: Deaf Sharks, Hearing Jets, and a Classic American Musical (Gallaudet University Press), as well as the play Acts Of God (Playscripts, Inc.). Upcoming short stories will appear in Realms Of Fantasy, Sleet, and Day Terrors, among others. His website is www.markrigney.net and he lives in, near, or under several of the doorways pictured here.