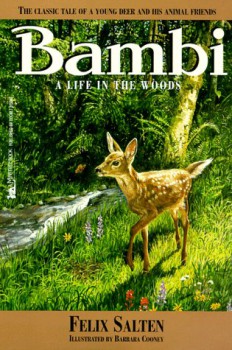 As a new year begins, the Internet explodes with lists covering the previous year.

I have a January tradition on my website of listing all the books I read during the last twelve months, with some commentary appended. This year I am expanding that commentary and depositing it here on Black Gate.

This is not a list of “My Favorite Books” I read in 2010. These are the books I found most “Interesting.” Which can mean “Stupid but Memorable.”

I’ve placed no upper or lower limit on the books; if I will have strong memories of it—for good or ill—then I’ve placed it here.

Bambi, A Life in the Woods by Felix Salten (1928)
No doubt, here is my award for Biggest Culture Shock of the Year. I knew going into the Austrian novel that it is rougher and harsher than the Disney adaptation; isn’t Disney infamous for softening source material? But I had no idea that Bambi actually hits with the force of a hunter repeatedly socking you in the face with the butt of his rifle, then shooting off your hands, and finally plugging you in the stomach so you will die a lingering death. You remember the scene of Bambi’s mother getting killed in the movie? Take the trauma of that scene . . . now apply it to the whole book. That is what Salten’s novel feels like. Its view of nature is uncompromising, not only in the deaths but in the familial relations of the animals, and it hoists up a stark lesson about survival through solitude. One of the best novels I have ever had the “displeasure” to read. This is writing and storytelling that you cannot shake off. It will stay for a lifetime.

The Dancers at the End of Time by Michael Moorcock (1972–1976)
The omnibus of this trilogy, which consists of An Alien Heat, The Hollow Lands, and The End of All Songs, has perched on the same shelf with my other Moorcock books for a few years. I seemed always to dodge around it and take down another Moorcock tome instead, gently reeling away from its promise of a lighter, humorous adventure with the Eternal Champion. I had no idea what an ebullient joy this “comedy of the End of Time” would be, and how enamored I would find the strange romance between decadent and daring Jherek Carnellian and the proper Mrs. Amelia Underwood from Victorian Britain. I can see why Moorcock considers it one of best works. 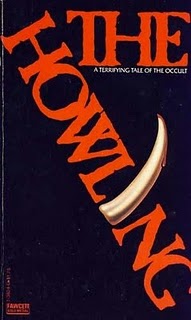 The Howling by Gary Brandner (1978)
This is one of the outright bad novels to make my list. The Howling stinks. It is poorly written, swinging between bland description and ridiculously over-baked scenes of sex and violence, and offers so few surprises to the attentive reader that most people should stop after the first few chapters and simply imagine the much better story that could follow. But look what a great film Joe Dante and John Sayles made out of it, adding the wonderful element of the est camp for werewolves and light satirical humor, with the bonus of Dick Miller and John Carradine! A textbook example of how bad novels sometimes do make the best movies. (Jaws is another one.)

The Year of the Unicorn by Andre Norton (1965)
Admission: I seem to dislike the “Witch World” series. This bothers me. I love Andre Norton’s other works, especially her space operas. She’s one of my great influences, one of my prime mentors. And yet this is the third Witch World novel I’ve read, and the third that has done nothing for me. It is her most famous series, and I cannot get into it. Why? I want to like it, that’s why I keep coming back to it. But I have never left satisfied.

Men at Arms by Terry Pratchett (1993)
The reverse issue from The Year of the Unicorn. I have read a fair number of Pratchett’s “Discworld” novels (and his collaboration with Neil Gaiman, Good Omens), but I never loved one of them until I picked up this part of the “Night Watch” sequence. I’ve read the Discworld books in more or less chronological order, and fans have told me that this might have contributed to my general malaise about the series, since Pratchett starts to improve his plot-weaving and satire in the later books. Now, finally, I get it. Men at Arms had me hooked and intrigued, as well as laughing, all the way through.

Without Conscience: The Disturbing World of Psychopaths Among Us by Robert D. Hare, Ph.D. (1993)
I read a good amount of nonfiction, most of it history and often centered on research for a specific writing project. Picking up a study about psychopathy was an impulse, but Hare’s famous account that helped define the condition reads almost like a horror novel as it examines case studies. Dr. Hare estimates that one in a hundred people is born a psychopath; these people may not necessarily be killers, but they feel no empathy and no remorse and can use and abandon others without a second thought. Worse, there appears to be no effective treatment for them. I’ve read true crime books before, but this was the first account of criminality that had the affect of altering the way I consider the human mind—everybody’s mind, not just those born seemingly without the ability to care about anyone. 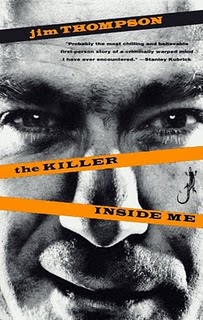 The Killer Inside Me by Jim Thompson (1952)
Speaking of which . . . here’s a famous fictional account of psychopathy that I jumped into right after finishing Dr. Hare’s book. I read this novel for the first time in the 1990s when I was on a noir tear, and with a new movie version released this summer (which I still haven’t seen) it was time to visit it again. Thompson’s first-person narrative voice is one the best examples of the unreliable narrator, and there are few crime novels filled with such ghastly iciness.

The Historian by Elizabeth Kostova (2005)
I reviewed this on Black Gate earlier last year. I was too kind to it. This is the worst novel I read in all of 2010. And keep in mind, I read The Howling.

The Case of Charles Dexter Ward by H. P. Lovecraft (1927)
I doubt anybody lists this as his or her favorite work from Lovecraft. My memories of first reading it years ago was of a book treading water on a simple subject for pages and pages. After hearing S. T. Joshi talk about the book’s autobiographical underpinnings at the World Fantasy Convention (it celebrates Lovecraft’s return to Providence after his disastrous time in New York City), I was curious to dip back into it. It still has the same flaws—I constantly wondered why Ward’s parents didn’t just kick him out of the attic after the fourteenth occurrence of his experiments causing lightning storms, explosions, toxic gasses, and demonic voices—but a bit of background on an author can go a long way. Lovecraft’s adoration of his hometown glows through it all, and it is a rare work in his canon where the setting is cleansed of evil at the conclusion. Still, if his parents had just grounded Charles in the first place. . . .

If You Want to Write by Brenda Ueland (1938)
This was my favorite book about writing when I was in high school, and it encouraged me to turn toward creative writing projects at a crucial time in the development of my adult interests. But not all my childhood loves have aged as well as Tron and Clash of the Titans; when I read through Ueland’s book after many years of letting it lie fallow, I discovered it is filled mostly with quasi-spiritual utterances that feel tepid, not inspiring. I respond more to “spirit-of-writing” books like Natalie Goldberg’s Writing Down the Bones and Ralph L. Wahlstrom’s The Tao of Writing, which have more take-away substance to them. Temper that with the practicality of Donald Maas’s Writing the Breakout Novel, and I think I won’t need to turn back to Mrs. Ueland again.

Imaro: The Naama War by Charles R. Saunders (2009)
I’ve covered this before, gushing verbosity about its marvels, but it can’t hurt to mention it again, right? As good as modern sword-and-sorcery gets, so grab a copy now. 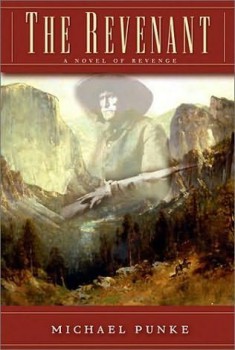 The Revenant by Michael Punke (2002)
And it isn’t about zombies or the undead? Wow! This early-frontier (1820s) Western has a history of development hell in Hollywood, and now after reading it I wish the problems would get settled and somebody bring this grueling and amazing tale of survival to the screen. (Current news has Christian Bale to star.) The story is a semi-fictionalized telling of the real-life epic of fur trapper Hugh Glass, who survived a horrid bear-mauling to make a journey of three thousand miles—large parts of it done crawling—through a wilderness that today covers four states, so he can take revenge on the two men who abandoned him. Punke uses a straightforward prose style, but fills the book with so much vivid period detail about ingenious survival tactics that the book does what the best historical novels should: make you forget that you live in the twenty-first century.

Black Alibi by Cornell Woolrich (1942)
A few years have passed since I read Black Alibi, one of my favorites of Woolrich’s suspense novels. It only gets better with each return trip. Woolrich handles the episodic suspense set-pieces based on a black jaguar loose in a South America city with the precision of a professional torturer. The young girl flailing about inside a locked cemetery while the jaguar closes in on her is a masterpiece of gelid, Gothic nightmare.

All Things Frederick Faust, a.k.a. Max Brand and Eighteen Other People
I have loved Frederick Faust’s writing since the nineties. Each year, I read a few more his books (which means I have read about 2% of his gargantuan, record-breaking output). But this was the year when I saw his influence come together for me, and I realized that he is not only one of my favorite writers, but one the country’s greatest writers in general. He’s also the finest educators I’ve had as a writer: every work contains combined lessons in the perfection of style, plot, and characterization. And there’s still so much more to discover.

Forward now to 2011. I’ve just finished reading Daphne du Maurier’s Jamaica Inn and have reached that exciting moment of asking myself: “What do I want to read next?”

Forced to agree with you on THE HISTORIAN, my friend. After having several folks I know recommend it to me, I picked it up before a long road trip. I abandoned it about 100 pages in. One of the slowest books I’ve ever attempted to read, really. The lack of action was almost painful.

Does it make me a bad guy if I liked The Howling? I completely agree that it’s a badly written novel, but I enjoyed it like I would a bad horror movie.

Actually Brian, I pretty much agree with you. It’s bad, but has the cheese enjoyment factor. (And it’s much much much more enjoyable than The Historian, which tries to be good horror and is well written, but is absolutely mired in going nowhere.) But it’s interesting to me how the “bad horror” of the novel became the “great horror” of the movie.