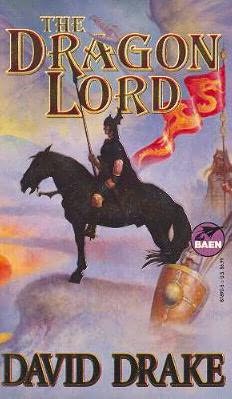 As I write this, I am just now sitting down at my computer in my apartment after coming back home from the World Fantasy Convention in Columbus, OH. I’ve literally tossed down my suitcases on the bed moments ago. My lips are chapped. I am tired.

I will have a lot to say about the con in my post next week, where I’ll give my impressions as a first-time convention goer. There’s no way I could get anything coherent out now with the experience so close to me—there’s a lot to sort through. But I do have one story from World Fantasy that contains a good piece of writing advice. I had mentioned this story to John O’Neill while we were sitting at the Black Gate booth in the Vendor Room (yes, I got to meet the Black Gate fellows for the first time in the flesh!), and he told me I should write a blog about it. He’s right, and it’s a good enough convention story to hold you and me over until next Tuesday.

This is the story about the best piece of writing advice that I ever received. It came from science-fiction and fantasy author David Drake, and because of it I was able to complete my first novel ten years ago. This weekend, I got to meet Mr. Drake in person and tell him what that means to me. He signed a copy of the book that I like to use as “evidence” of my learning curve. It was a great moment for me, and David Drake was about the coolest, nicest guy I could have imagined, and I think he was flattered that I felt so indebted to him.

What was this piece of advice? Well, appropriately enough, it involves Robert E. Howard. It also involves Drake’s first novel, The Dragon Lord (1979).

Drake wrote the introduction to a 1995 Baen collection of the Cormac Mac Art stories. In the introduction, he makes an interesting confession: “In 1977 I’d been selling fiction for a decade, but I’d never gotten more than a couple chapters into a novel. I didn’t know how to write a work of more than 10,000 words.” What taught him to write a novel was an opportunity to create an outline for a book at the request of Andrew J. Offutt. Offutt had been offered a job writing a Cormac Mac Art pastiche novel, but since he felt he wasn’t skilled enough with creating the dense plots in which Robert E. Howard specialized, he offered to pay Drake to write an outline for him to use as a guide.

Drake leaped in, and turned out a detailed 15,000 word outline that involved not only plot elements but also enormous amounts of research into Dark Age history and culture.

However, by the time he finished the offer for a Cormac Mac Art pastiche was gone, and Andrew J. Offutt no longer needed the outline. Drake’s account of events:

Andy offered to pay me a kill fee, but by that time I was just as glad that I didn’t have to give the plot over to somebody else. I wanted to use it write a novel myself.

That’s exactly what I did. My first novel, The Dragon Lord, follows my Cormac outline with no difference except the names of the characters. The most important part of the experience was that I’d learned a technique by which I could write further novels. Not everybody needs to work from a detailed outline—but I do.

That last sentence hit me like an electrified crossbow bolt. Because I knew right then that I was also one of those writers who needed a detailed outline. Everything I had tried to write so far I had done with only a couple ideas in my head and maybe a few notes . . . and I never finished the books. They all died anywhere from 5,000 words to 50,000 words—nowhere near completion and going absolutely nowhere verrrrrry sloooooowly. But David Drake had just told me, “It’s fine to write a freakin’ enormous outline if it will help you finish.”

And so I followed his example. The outline I wrote wasn’t as long as his—11,000 words—but then twenty-three days later I had the first draft of a completed 70,000 word YA science-fiction novel I titled Z-Dancer. That was one of the great days of my life. I finished writing a novel! I am a NOVELIST! Every writer is different, many people don’t need an outline . . . but I do.

I didn’t end up reading The Dragon Lord until a year later, which was the point when I really started to become a David Drake fan. It’s a personal favorite novel, even though it’s filled with flaws (which Drake admits; he had a good laugh with me at con over some of the construction errors in it). There are two reasons I enjoy the book so much: 1) It’s packed with an enormous amount of sword-and-sorcery fun that feels very close to what I love about Robert E. Howard. 2) It shows a writer learning about the novel form. You can see Drake’s pains and pleasures as he finds out how this gizmo of writing 80,000 words works. The Dragon Lord is like a textbook for me, a totem of how to start out, how to learn to be a novelist, and how to have a damn good time doing it.

And I’m thrilled I got to say this all in person to Mr. Drake. And then he signed a copy of The Dragon Lord for me: “To Ryan, One of my students.”

Ryan, we all need ‘masters’ and I’m happy to hear you got to meet one of yours. Thanks for sharing.

Great story, Ryan. It’s even better in print then when you told it to me in the Black Gate booth.

Great meeting you at WFC! This was the biggest gathering of Team Black Gate in history — Harvey, Jones, Waltz, O’Neill, Ward, Enge, Fultz, and many others — and it seemed we reached “critical mass” for the first time. Today WFC, tomorrow the world!

Great post, Ryan! I have to say I sat on the Epic Fantasy panel right next to David Drake last weekend, and he was fantastic. The voice of experience, he was the Wise Sage among us. The whole panel is being posted at YouTube, so everyone can see what a great time we had, and what gems of wisdom The Drake dropped on us. Here’s the URL for the first part of the Epic Fantasy panel:
http://www.youtube.com/watch?v=HDYxw9bpqVU

Awesome story Ryan, thanks for sharing!

It was a real treat to meet you and hang with all the gang all weekend.

[…] writers I met at the signing of huge importance to me: David Drake (I’ve already posted about that), Joe Haldeman, Tim Powers (the second time I’ve met him — and he remembered me), […]