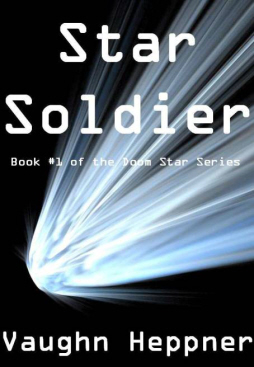 An atomic bomb has exploded in the world of writing. The mushroom cloud expanding over us awes some and terrifies others. Many claim it’s a passing thing and will blow away in time.

“Fah! I’ve seen other explosions before,” say the critics. “This, too, will fade.”

“Look,” they add, “only ten percent of readers will use Kindle, Nook, iPad or read on their computers. Everyone else will stick with print.”

The critics have a masterful argument, too. Smell. “A book smells sooo good,” they say. “I love the odor.”

I call them snifffers. Until the E-book Revolution, I had no idea so many people lovingly lifted their books to their nose like a bouquet of roses and inhaled the odor.

“Ahhh, just smell this, honey. Oooo, it gets me in the mood.”

Like Guttenberg’s printing press, the E-book Revolution is changing the dynamics of the game.

The old world of print with the New York editors was a closed one. (I mean the big six, Macmillan and the others, not small press and magazine editors.) It was like a party of D&Ders having a grand old time in their locked room. When they needed another writer, another person to come in and play, they glanced at all the notes shoved under the door. Those notes said such things as: Choose me. I love playing Paladins, do you need a Paladin? Or, I have a great Dwarf character that I know you’ll just love. Please, let me in to play the game.

The select gamers (the New York editors) never even read all those notes shoved under the door or looked outside at the milling throng desperate to get in the room. They just grabbed a fistful of notes off the floor, glanced at a few and said, “Let this person in. She has an elf-mermaid-unicorn mix. That’s just what we’ve been looking for.”

As a writer, you no longer have to package your story, mail it away and wait months, sometimes years, for a New York editor to return a coffee-stained manuscript, with a form rejection pinned to it. You know he only read the first two paragraphs and then said, “Meh. This is junk.” 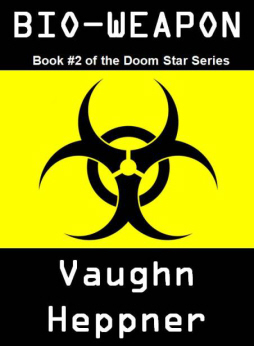 The E-book Revolution is in the process of doing away with that closed door. Giants with iron-toed boots have splintered it, and they keep on kicking. Amazon, Barnes and Noble, and Apple allow writers to upload their novels directly onto their e-stores. The New York editors can no longer play the role of gatekeeper. Their pet peeves, their agendas and their particular needs — real or imagined — mean absolutely nothing now.

Now the writer must appeal directly to the audience. Frankly, I think many of the New York editors have lost touch with the common reader. But, maybe that’s just my take.

The E-book Revolution, like all revolutions, is in the process of shaking up the roles. Many who were down are up, and some who were up are down. In the great seething change of things, writers have a greater chance of succeeding. Before, just a few new writers were allowed to play. Now everyone can play and an entire new crop of people have the opportunity to rise and are rising.

What does all that mean in practical terms? It means that you write the best novel you can and polish it. Then, if you put it up on Amazon, Barnes and Noble, and Apple, some people are probably going to read it. If you can appeal to enough people… then you will quickly reap the rewards of your hard work.

The New York editors are gone in E-books. The middleman has disappeared. That middleman took a huge chunk of the money, a fantastic amount. Amazon offers a writer seventy percent. Barnes and Noble gives sixty-five percent of the sale’s price to the writer, the conjuror of the story, the one who sweated and created the thing.

The New York editors paid the writers a pittance and kept the rest. In socialist terms, they exploited the writer. Now, the proletariat has broken free to gain the true reward from his sweat. 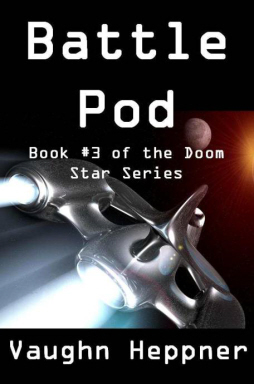 Perhaps as importantly, a writer can create his or her masterpiece and have people reading it almost right away. If you sold a book to New York, it took years to see it in print. It took months for the cash to drop into your hands, and then it only came in agonizing driblets. Any boob along the way could make mistakes and your book never arrived at the stores. Or, after a few weeks on the shelves, they took your book off.

Because with e-books the writer reaps most of the monetary rewards, he doesn’t need to sell as many to make it worth his time. Suppose a writer prices his book at $3.99. That means he makes $2.79 per book sold at Amazon, which would probably come out to $2.70 per book after the download fees. They charge per download, somewhere around nine to fifteen cents per book sold. If a writer sells a thousand copies of his book, he makes 2,700 dollars.

What that means is that writing for a niche market is economically feasible. There are already six million Kindles out there, and that number is growing. Can a writer appeal to five thousand of them? I sure think the odds are good.

Like most people at Black Gate, I love Sword & Sorcery. I write Sword & Sorcery, and Science Fiction, too. Presently, my E-books Star Soldier, Bio-Weapon and the newest, Battle Pod, have appealed to a number of people. But my point is that I expect to see a renaissance of Sword & Sorcery. Except for Black Gate and a few others, we have seen precious few new S&S tales in the last twenty years. Now a store can carry Sword & Sorcery all the time, and there is a niche group of readers who will gladly pay these bargain prices. Perhaps as importantly, any writer who pens an S&S tale can put it up. If it appeals to enough people, he will grin with delight and likely write more.

The atomic bomb has exploded. If you listen closely enough, you can hear the radioactive wind howling. Will the big, editorial houses in New York be able to survive the shock waves? That’s a subject for a different post. The E-book Revolution has just begun. I’ve experienced the joy of it and the rewards of it, too. I expect that many of the readers/writers here at Black Gate will soon experience the same thing.

Vaughn Heppner’s tales of Sword & Sorcery will appear in Black Gate 15, 16, and 17. His Doom Star novels are currently the top-selling books in Series Science Fiction at Amazon.com, outselling Asimov’s Foundation and Frank Herbert’s Dune, among others.

I agree that is great.

Hoping that print magazines that are dying thanks to things like postage, get the hint.

F&SF said that had no intention of going to kindle or ipad. They wanted to stay with FictionWise.

Hopefully, Kindles will be able to do pictures too. Then maybe we can see F&SF, Realms of Fantasy and Black Gate go there too. (I know Black Gate has a PDF, but I think that would not be the same as on a kindle right?

The only problem is what happens when your ereader device gets full?

I like to keep my BlackGate and some of my books, forever, in the event there is a story I love!

please excuse my cynicism, but I don’t see anyone ever making ends meet by selling E-books direct to consumers.

I suppose one could if they wrote a huge number of stories, then some of them would sell enough to bolster the ones that didn’t.

But that seems way to much like a real job to me.. which kind of undermines any desire most people would have to actually be a writer. Certainly it would undermine my desire to be a writer.

How do you get people to actually notice your book, and therefore offer you money for it?

as some one who despises gatekeepers, I dread to think of having to suffer through every hack writer on amazon moaning to get bad reviews taken down because its hurting his/her lively hood in order to find one good book.

L. Rex, I think you’re exactly right that the new E-book Revolution will work better for those who like to write a lot. Believe me, that’s much better than a real job.

If you check out the prophet of the E-book Revolution–Joe Konrath–you’ll see that people are already making ends meet through E-books.

The money is there, and that’s the big sign that things have changed, and will likely keep on changing.

[…] Star Soldier, Invasion: Alaska and People of the Ark. His last articles for us were “The E-book Revolution” and “A Look behind Lod’s World, or How to Strike Gold.” Read an excerpt from […]