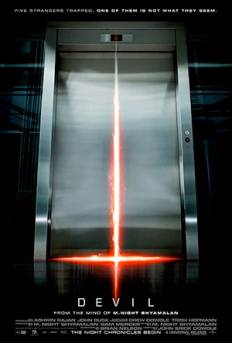 “For the love of God, not another one!”

I was in the midst of exchanging text messages with my regular movie-date crowd, trying to decide what we were going to see. At the top of my list was a new release called Devil which to its apparent detriment, had M. Night Shyamalan’s name attached to it.

You remember him, right? He’s the director who once told us amazing stories such as The Sixth Sense and Signs, but of late has attempted to force feed us unpalatable drivel like The Happening and The Last Air Bender.

M. Night is an amazing teller of tales. Were we all sitting around a campfire while he scared the crap out of us with masterful plot twists, I would never want to go home.

But apparently when he’s handed an all star cast and a multi-million dollar studio budget, what might have been an unforgettable fable makes me want to slit my wrists, at least lately.

If only M. Night would stick to the story-telling and leave the movie making to someone else…

Just before the Chicago Comic Con I was busy looking through the list of movies that would be screened to choose the ones I wanted to cover.

Devil was on that list and, though I didn’t know anything about it at the time, the title seemed like something I could get into, so I contacted the publicist to see if I could book an interview with director John Dowdle.

Much to my disappointment, Mr. Dowdle skipped town early and the publicist somehow thought Christopher Knight was a worthy replacement; which puts us back in the slit-my-wrists category.

So with no inside scoop to share with you, I skipped the screening and figured I’d catch Devil in the theater the following month.

“His last four movies have been crap!”

So here we are back on the text messages. Devil has opened nationwide and a new bit of information has come to light, one that wasn’t splashed all over Comic Con. Based on the reaction of my friends, I can understand why. 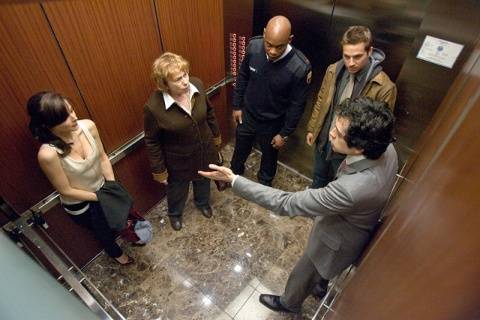 But the key words there are “written by” which to me is a lot different than “directed by.”

This is what I’ve always wanted M. Night to do: stick to what he does best. Tell us a great story and let someone else bring it to the screen.

In the end, I won and we all met at the theater that night to see Devil.

It’s a random day in a large city and in the lobby of a massive office building, five strangers end up in the same elevator seemingly by chance.

The problem isn’t that a power outage stalls the elevator between floors. The problem is that one of the five occupants is Satan.

Simple, potentially cheesy premise right? It certainly could have been were it not for M. Night’s ability to tell us a down right fabulous tale. The plot has all the same archetypes as a Greek tragedy complete with a narrator, a tragic hero and damsel in distress. 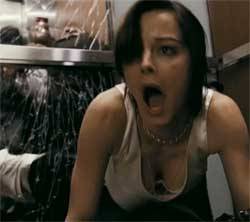 But most important is the villain, and in Devil M. Night’s signature twist comes in the form of who Satan really is; and I mean that in the literal as well as figurative sense.

I’m headed out to see it again this weekend so I can pick up the nuances of what I missed the first time, if that tells you anything.

And though it’s not a bloodbath, there are enough scares to have kept me watching a fair amount of it through splayed fingers, which means it should appeal to a wider audience than the traditional horror crowd.

I’ve since learned that Devil is the first of a trilogy call The Night Chronicles (cute huh?) which will have the common theme of exploring supernatural horrors in modern times.

Even the web site is interesting, particularly the page called The Devil’s Meeting which collects together articles and stories about Satan. Definitely go have a peruse. 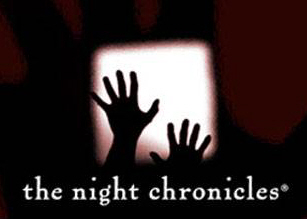 Also well worth a look is the parody M. Night made of Devil, a short but extremely funny video called Escalation, in which three easily-panicked city dwellers — including one played by M. Night — find themselves helplessly trapped on a stalled escalator.

So the moral of this story is, don’t automatically write off Devil just because you tried to suffer through The Happening; it’s well worth your hard-earned cash and the bucket of popcorn to hide behind.

And perhaps more important still: don’t stick your hand in that elevator door to keep it leaving without you. Just be patient and catch the next one.

Have you taken the elevator ride from Hell? Or perhaps you work for or have dated Satan? If so, post a comment here or drop me a line at Sue@blackgate.com.

What’s up with all the Shyamalan hating? My wife and I both liked The Happening, and I loved The Village (and I’m pretty sure my wife liked it too). While it wasn’t great, I even enjoyed the one, whose name is escaping me, with Ron Howard’s daughter that wasn’t The Village. I will also say, I saw good reviews of both The Happening and The Village from major film reviewers who I trust (can’t say the same about the other one with Ron Howard’s daughter, though).

That one was THE LADY IN THE WATER, and I really liked that film!

I think I may have been the only one, though. I was in the same theatre as Goth Chick, and I could hear her complaining about it all the way over in my seat.

Yes, I was too lazy to IMDB it, but I did say I enjoyed it. For Shyamalan films, my ranking would be Sixth Sense, The Village, Signs, The Happening, The Lady in the Water, Unbreakable (not as big a fan of that one as some seemed to be, but still enjoyable). Haven’t seen Airbender (probably won’t) or Devil (probably will). And didn’t he do the screenplay for Stuart Little? Even that was entertaining.

[…] last time I wrote something about M. Night (as they call him in the biz that once thought he was the next Spielberg but then […]