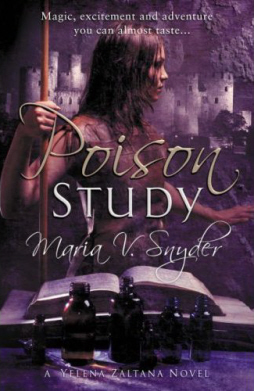 Predicting the weather is an art and a science… yes, really, it’s a science, believe me. I spent four years at Penn State University learning chemistry, calculus, physics, thermodynamics, and fluid dynamics to earn my Meteorology Degree – I should know.

Did that transform me into a great forecaster? Er…no. So I must have relied more on my artistic side, right? Er… no again. Good thing for the masses of people that might have relied on me to forecast their daily weather that I decided to go into environmental meteorology, and work with air quality and air pollution instead. Did you hear that sigh of relief? I did.

Eventually, I ended up changing careers and becoming a writer (long story, but it involves boredom, rage, despair, dissatisfaction, and sex… you really don’t want to know, trust me). But it seems my initial love of weather and storms wouldn’t just die quietly.

No, it found ways into my writing without my conscious consent. My first book, Poison Study, has a very rare weather phenomenon that my one friend (a meteorologist that can forecast – imagine that!) has been the only person to recognize.

It only gets worse. Do you remember the hurricane season of 2005? What, you don’t track hurricanes each year on a large wipe-off map of the Atlantic Ocean hanging on your wall? Tsk! Well, as a reminder, the 2005 season saw four Category 5 hurricanes (the really bad ones) reach the US coast (Emily, Katrina, Rita and Wilma). The 2005 season caused $180 billion in damage, and killed approximately 2,280 people.

Hurricanes release a ton of energy in one day. Enough to meet the electrical generating needs of the entire world for 200 days. (I did the math – yeah, once a weather geek…)

The 2005 season had me asking, What if? What if we could harvest that storm energy and use it? Turn big and nasty Katrina into a mild soaking rainstorm? 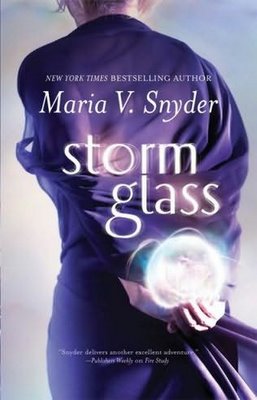 The answers lead me to another boatload of potential conflicts. Who decides what the energy is used for? Do they sell the energy? Share it or just use if for their factories?

Do you see where this is going? No? Jeez, making me do all the work… This train of thought led me to create the Stormdancers – magicians who can harvest the energy from monster storms and bottle it.

Of course, in my books, nothing goes right and these glass orbs that hold the energy are sabotaged and my main characters has to figure it out (that’s my fourth book, Storm Glass, if you’re interested).

For my short story in the next issue of Black Gate, “Cursing the Weather,” weather plays a big part. Surprised? No? Good.

The idea came to me when I was watching one of those Discovery Channel shows on fireworks. They had a crew of engineers from Japan come to help choreograph the fireworks, and the first thing the Japanese men did was send up a Tari-Tari doll (like a kite) to smile on the gods so they had good weather for the event.

Hmm…. This doll was childish — basically a white sheet over a balloon with big eyes, nose and a mouth drawn on with a black Sharpie. And the fact that these grown men, who are explosives experts, still believed this doll would help them was fascinating to me.

I did research into the history of the Tari-Tari and Japanese culture. Many Asian cultures still let the old legends and their beliefs of the supernatural dictate their daily actions.

All this was wonderful information, and from it I created a world where there were weather wizards, who announced they were open for business by flying a Tari-Tari doll above their residences. In fact, that’s how my story starts — Nysa watching a Tari-Tari doll twist in the wind, and she’s very apprehensive about it.

And I’d have to admit, the idea of weather wizards controlling the weather was a bit of me living vicariously through the character. If the weather was bad when I was in college my friends would blame me, as if I could control it. And I would quip, if I had that kind of power, I wouldn’t be in school, but living in a mansion on some tropical island.

Think about it. You’re having an outdoor wedding on Saturday and want a sunny day – you’d might be willing to part with a thousand or two to ensure the rain stays away. Right? That’s cheaper than the blasted DJ.

However, not all my stories work out how I plan them. And just like the weather, unexpected forces can push and pull storms…or rather, stories off course.

“Cursing the Weather” ended up being such a story. You can read it in Black Gate 15, coming in December.

Will my meteorological leanings continue to play a part in my writing?