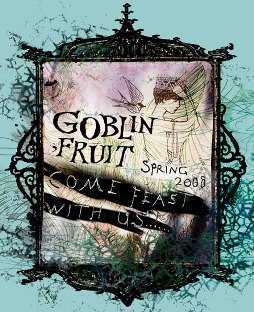 Two friends and I had driven all day from Chicago, Illinois to Saratoga Springs, New York for the World Fantasy Convention. The Open Mic Poetry Reading I wanted to attend started at 10 PM, so there was barely enough time to dump our things in our room and slide into Broadway 1, all bedraggled and a bit unnerved.

The room was crowded, the poets plenteous and eager. I’d planned to recite “Sedna,” which is one doozy of a story-poem, but as the moderator was looking slightly harassed at her list of readers, I assured her I’d go at the end, and only if there was time. The mood I was in, I’d probably have been happy just to tuck tail and run.

Then the poetry began.

Imagine it. The air fills with coyotes and witches, ghosts and gods. Imagine sitting there, too stunned to squeak, as the great Jane Yolen herself spins her faerie tale verses for the audience. A woman named Cat, with long black hair and strange green eyes, speaks in a smoky alto, invoking the ancient triangle of Vulcan and Mars and Venus, clothing them in flesh and desire. This sassy redhead, Sam Henderson, reads “The King’s Man”, forever informing my view of Alfred Noyes’ “The Highwayman.” A girl with a cheeky grin and a twinkle in her dark eyes rises and begins to rhyme:

There are cobwebs there, and dusty air,
And a well that is dark and sweet
And in the well, down in the deep
The briar witches meet

They screech, and swear, and braid their hair,
and talk of the pock-faced moon,
until a wide-eyed wisher comes
to ask of the well one boon. 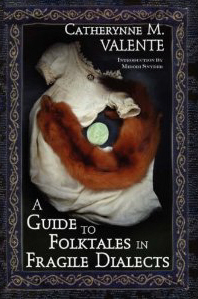 It is strange how a writing convention will do this to you: introduce you to all these friends you didn’t know you had. Maybe you’ll never see them again, displaced as you are from your home city and your daily rituals, but you shared this with them, this night, these rhymes, these antique myths glazed in modern passions, this splendid company. Nothing can change that.

I do have a chance to close the evening out with “Sedna.” After my usual anthropological patter, explaining bizarre words and phrases and trying not to stutter, I launch into the story-poem. It seems an appropriate bookend. The poets are applauded.

Now the Open Mic is done, but the night’s adventures have just begun.

The Briar Witch girl approaches me. She is friendly and welcoming; she asks if “Sedna” is published anywhere. I snort. “Nah,” I reply, blushing. “No one publishes poems that long. I’ve stopped trying.”

The twinkle in her eye turns sly. “Send it to Goblin Fruit,” she says. And I do.

The Briar Witch girl is, it turns out, Amal El-Mohtar, editor, poet, storyteller, and, within a few short years, one of my dearest friends in all the wide green world.

This is an article about Goblin Fruit Magazine (www.goblinfruit.net), but I want full disclosure, I want transparency, I want to confess my complicity. I love this online magazine. I am a friend to both its beautiful editors, Amal El-Mohtar and Jessica P. Wick. They’ve published me in numerous issues, we’ve attended cons together, we send postcards with poetry prompts to each other, and boxes full of jam and paintings and jewelry. I am not an unbiased, impartial or an otherwise objective observer. There is some serious ardor going on here. I want you to know that.

That said, let me introduce you.

The name “Goblin Fruit” comes from Victorian poet Christina Rossetti’s “The Goblin Market.” Do you know it? It’s long and long and very long, and it rhymes, which is (may I say “obviously”?) just how I like things. 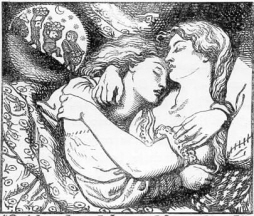 Goblin Fruit is a quarterly online magazine that publishes (as stated in their guidelines) “poetry… ‘of the fantastical,’ poetry that treats mythic, surreal, fantasy and folkloric themes, or approaches other themes in a fantastical way. Re-write a fairytale, ponder an old story, consider history from an unusual perspective.” Each quarter has a theme.

“Spring is generally our Drowning Season,” Amal cheerfully explained to me, “a season of merfolk and bogs and cruelty. Fall – our Halloween Season. Winter – our fairytale feasting season. Summer – our catch-all, but usually there are marriages.”

Goblin Fruit will sometimes feature a poet, showcasing a body of her work and including an interview. The august Featured Poets so far? JoSelle Vanderhooft, Jennifer Crow, Catherynne M. Valente, and Nicole Kornher-Stace.

The editors of Goblin Fruit have always invited their poets to record their work, giving readers the option to click on a speaker-shaped icon beside the poem and listen in. Occasionally, the poets get fancy, souping up their performance with GarageBand tricks like reverb and vocal modulation. (I plead: GUILTY!) In the Spring issue of 2010, Shweta Narayan worked with musician Sangeetha Ayyar for an effect both shiversome and unique. I will let Amal tell you all about it, in an excerpt from Goblin Fruit’s Livejournal community:

When I read Shweta’s poem, I was dazzled by it and its connection to “The Twa Sisters” murder ballad without understanding the significance of its section titles; I supposed they were moods, as the title indicated, but had no idea that they were also musical modes. When Shweta explained it to me, I got excited; when she said that she might be able to get someone to sing the ragas in her titles, I flailed fit to thresh wheat.

The result is something that makes me happy on many levels. First, having read the poem, I can now listen to this audio and hear the mood change from section to section through the gift of Sangeetha Ayyar’s singing; second, I’ve learned more about ragas, and through gleeing over this audio to other friends, learned about Qawwali and its connection to Arabic; third, have I mentioned the whole is just sheer gorgeous? But mostly, this delights me because it’s so much of what I want Goblin Fruit to do, to enrich our understanding of many different cultures through myth and language and music, to explore connections between stories while reveling in the differences between tellings. I love when poems teach me things, when my enjoyment of a piece of art can be deepened by research, an explanation, a new thing learned. 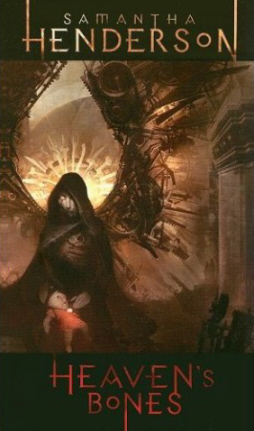 Remember that sassy redhead from the Open Mic reading in Saratoga Springs? Well, that’s Samantha Henderson (now a sassy blonde), author of the novel Heaven’s Bones and winner of the 2010 Rhysling Award for her long poem “In the Astronaut Asylum,” a collaboration with Kendall Evans. She has this to say about Goblin Fruit Magazine:

The thing that continually impresses me about GF (besides the poetry, but you knew that) is that to me it’s the closest I’ve seen something in a virtual space (i.e. the internet) be a tactile object. It has a lot to do with the design, and Oliver Hunter’s beautifully crafted work, but more, I think. With new models of buying and playing music we’re losing the idea of an album and its implied narrative, but the poems in GF always strike me as being arranged like an album, and I think this adds to the idea that it’s something crafted rather than pretty pixels.

But who is this “Oliver Hunter” she speaks of, and why haven’t I mentioned him before? For one thing, he lives in Australia and I’ve never met him. For another… I was coming to it! I promise.

Go to goblinfruit.net. What do you see?

You see a splash page, an Oliver Hunter original, full of bones and blood and fox-fur. Perhaps there is a sailboat manned by weird birds. Perhaps a faerie eye winks at you, or an underwater chariot resolves itself before your eyes, pulled by brave seahorses. The initial “gasp of gorgeousness” reaction is integral to the soul of Goblin Fruit.

In the words of poet Julia Rios:

Oliver Hunter’s art, to me, captures the overall tone of
Goblin Fruit, which is mischievous beauty. Sometimes dark,
sometimes light, but always gorgeous and full of magic. As
for favorites? Impossible to choose!”

Terri Windling at Endicott Studio featured Oliver Hunter in an article entitled, “The Mage of Muse Hill: The Magical World of Oliver Hunter.” He has a Goblinfruit page called “A Cupfull of Oliver,” a MySpace page called Owl+Moth for his (in my opinion, haunting) music, and a Flickr page, for those of you who don’t mind an unhinged jaw, bugged-out eyes and chronic shortness of breath. In a totally good way.

Recently, Goblin Fruit launched its “Mischief” section. Click on that tab at your peril. It might reveal a hodge-podge of anything from specially designed LJ icons (courtesy of Deborah Brannon), goblin cupcakes, or YouTube videos.

That’s right. YouTube videos. There are two floating around out there currently. The first is a teaser for the magazine, featuring the song “Night Vision,” with lyrics by Terri Windling, music and vocals by the aforementioned Oliver Hunter, and video edited by Magill Foote. The second is a teaser for “Demon Lovers and Other Difficulties,” Goblin Fruit Magazine’s only printed matter.

“Printed Matter?” you ask. “What’s this? But this is an online magazine?”

Gentle Readers! Hold your horses, keep your britches on, don’t get your panties in a twist. (Can I say “panties” in a Black Gate blog?) I will explain everything.

But only after I’ve introduced her. In Part II.

And Sam Henderson’s “The King’s Men” knocked my socks off, too (though it was a Mythic Delirium poem rather than a Goblin Fruit poem, but those two zines grow twined together, so.

Oliver Hunter’s art just gives one a specific FEELING, doesn’t it? Brian Froud does that to me, too, and K.Y. Craft. Not the SAME specific feeling, but cousins to it. That “faerie tale feeling,” I think Gene Wolfe said once. Glimpses into other worlds than ours. Where you might drown in the colors alone!

[…] you’ve met a couple of like-minded ladies at a few writing conventions (as described in Part I). Say these conventions were World Fantasy 2007 and WisCon 2008 respectively. Say you’ve set […]

[…] look. In Part I and Part II of this here saga, I introduced y’all to the myth, mischief and magic that is Goblin […]

Black Gate » Blog Archive » Fantasy, The Middle-East, and a Conversation with Saladin Ahmed

[…] because I’ve never blogged here before, even though Ms. Claire Rides-the-Lightning Cooney has mentioned me in my capacity as one of the Editors of Goblin Fruit in her ever-so-mighty three-part article extravaganza about mine humble […]

[…] As I may have mentioned once or twice, she and Jessica P. Wick (who turns back into a mermaid when you spray her with a […]

[…] gosh! I’ve been reading Naomi Novik’s Temeraire books. My buddy (and dread Goblin Queen) Jessica Wick has been telling me I should read them for ages. And then the most fair and perilous […]

A Talk with Amal El-Mohtar - Books Movies and Music

[…] AE:  Oh gosh. I’ve got a pile of NO DOUBT excellent books TO read, and am in the middle of Jeff VanderMeer’s Finch, which is awesome so far, but the last excellent thing I read was the last volume of the Scott Pilgrim comics, ‘coz I re-devoured them all over Christmas. MPPL:  What writing projects do you have in the fire (outside of your PhD work and Goblin Fruit)? […]

A Talk with Amal El-Mohtar - Check It Out

[…] AE:  Oh gosh. I’ve got a pile of NO DOUBT excellent books TO read, and am in the middle of Jeff VanderMeer’s Finch, which is awesome so far, but the last excellent thing I read was the last volume of the Scott Pilgrim comics, ‘coz I re-devoured them all over Christmas. MPPL:  What writing projects do you have in the fire (outside of your PhD work and Goblin Fruit)? […]