So last time I was describing the weird way I spend my vacations; namely freezing or roasting my extremities in damp places with puddles, while simultaneously holding a variety of electrical equipment, all in the name of provoking a paranormal occurrence. Real smart.  And did this ever pay off with some scream-worthy-TV-reality-show moments? 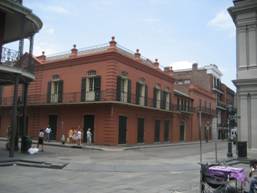 Creepy experience number one happened in New Orleans in Le Petit Theatre located in the heart of the French Quarter.  We were told the theater was haunted by several restless spirits, the most active of which were children who perished during one the many bouts of the plague which swept through the Louisiana swamps.  Le Petit had often been pressed into service as a temporary hospital and quarantine zone for children and many of them died there.

Our facilitator told us the spirits of the children were as mischievous as they had been in life, often playing tricks on both actors and patrons in the theater.  They also liked to touch the living, tugging on the purse straps or hair of ladies in particular.  The facilitator speculated the children were drawn to women, probably because they missed their mothers. 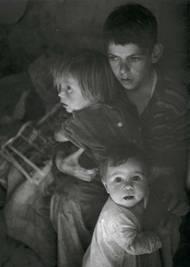 All eight of us on this happy jaunt into the haunted realm were gathered in the lobby of the theater, getting the background of the site and preparing to collect our assigned equipment. It was tropically hot and as there were no performances that evening, the air conditioning in the building had been turned off.  To avoid interfering with any of the equipment taking electrical measurements, we had turned off everything including the lights and the ceiling fans and were preparing to use flashlights as soon as the sun was completely set. The air in the building was stiflingly still and I had prepared to be miserably uncomfortable all night (again) by wearing the lightest possible, ankle length sun dress. Bear with me, this is pertinent.

I was standing next to the friend who had joined me (Mr. Goth Chick opted out of this adventure) when she started poking my shoulder hard and pointing down at my feet.  Suddenly all the other people stopped what they were doing and stared as well.  Then I looked down at my feet.

Besides realizing I probably should have painted my toenails, I saw the hem of my dress being pulled outward as though someone had a hold and was tugging on it.  Like a child was tugging on it, in fact.  It continued to pull slowly outward until the fabric was stretched all the way out, parallel with the floor and drawn tight against the back of my legs.  That’s when I grabbed the fabric and yanked it away, and for a split second it felt like whoever had hold of it was not going to let go, but then did. 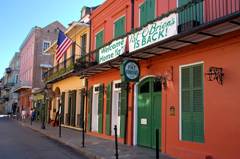 My friend decided she had something urgent to attend to back at the hotel and left, along with two other people in the group.  The rest of us stayed but were a little less enthusiastic and sincerely relieved when none of our instruments registered even a twitch the rest of the session.

The ghost hunting event which was supposed to wrap up at 6 am with breakfast at Antoine’s, ended at around 1 am with several Hurricanes’ at Pat O’Brian’s instead.

And then there’s what happened at Magnolia Manor…

That was some experience, Sue. Too bad nothing else happened, but I guess having your dress pulled on was enough for 1 night!
Back when I was in college, the dormitory that I lived in was a small (1 story) converted hospital. The room I had been assigned to was the former operating room. One night, I was awoken from my sleep by a noise, like the door being opened. I sat up in my bed, and saw something floating through the air, from the door (which was now opened, despite having been closed and locked when my roommate had come in earlier) and floated through the room and exited out through the window. Needless to say, I was pretty freaked out. I rolled out of bed, and looked up at my roommate (we had bunked the beds to save space) to see if he was awake, and if he saw what I did. My roommate was laying in his bed, wide awake, and his eyes were as big as saucers. We slept with the lights on for the rest of the night.

In my book there is nothing creepier than a hospital or a building that was a hospital. Whatever you believe, there must be residual energy from anyplace that has seen that much joy and sorrow. It’s a good reason to stay healthy…