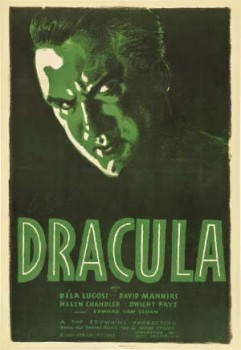 In my favorite month of October, I spent an inordinate amount of time away from my beloved book stores opting for movies and TV instead.  Though I rarely pass on a horror flick in either venue, it’s equally rare for me to stumble across an offering that comes close to the entertainment value and overall creepiness of the vintage black and white, Universal Studio classics.

Contemporary horror movies of late seem to be less about giving the audience a good scare and lean more toward what my friends and I refer to as “psychopath training films.”  Films like Saw and Hostel are bloodbaths that rely on their gross-out shock factor far more than actual scares.

They do stay with you, but in my opinion, for entirely the wrong reasons.  Apparently theater goers have become so hard to impress that movie makers must resort to ever-more-realistic intestine-spilling, and must literally wire-snip our fingers off to get to our $10.

Then came the month of October and a decidedly fresh, if perhaps a bit fetid, breath of air.

Whether it’s TV or movies, I wade in with my willing suspension of disbelief firmly engaged and nothing is more irritating than when a film maker forces my head under the water of a horrible story line.  But I must admit I was sucked straight down into Paranormal Activity and its more recent cousin, The Fourth Kind. 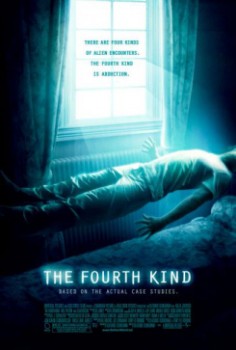 Yes, both are the stepchildren of The Blair Witch Project which came out in 1999 but frankly I’m surprised it took so long for this approach to catch on.  And quite unlike the horror-movie veteran that I am, I watched nearly every moment of these films from in between my fingers with my disbelief completely suspended until the credits rolled.  In my book that makes them both well worth the dig.

The point is, whether you like the movies or not, I’m psyched by the idea that cinema scare vogue may be turning away from blatant, in-your-face dismemberment and more toward the classic concept of what you don’t see is scarier than what you do; and everything is more horrible when it’s seen in black and white, or in these cases, in night-vision.

Seeing someone getting eaten in all the glorious detail that CGI can provide?  Or hearing the tearing flesh and screaming as someone buys it off camera?

What do you think?