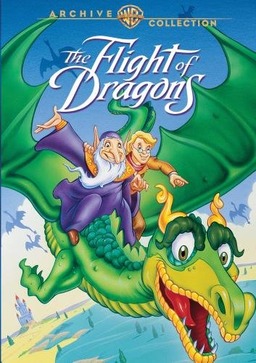 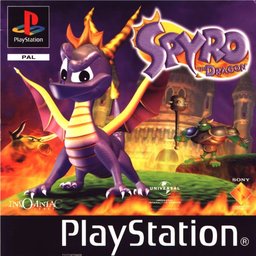 My introduction to Anne McCaffrey — and, more specifically, to her Dragonriders of Pern novels — came around the time I was thirteen, when a relative bought me a hardback copy of The Girl Who Heard Dragons, on the basis that it appeared to be fantasy of some sort, and therefore potentially a thing I might like. The first, eponymous story in the collection so entranced me that it was some time before I managed to read any of the others.

As problematic as they are in hindsight, McCaffrey’s Pern novels did something crucial to my awkward, teenage self: they stood as proof positive that dragons were for me. In Pern, the most powerful and important dragons are the golden queens, who only take female riders — girls chosen as teenagers for their potential. I read about Lessa and Menolly and Brekke, and I wasn’t alone in identifying with them: Pern was the first fandom I ever looked up online, and in the late nineties, the Internet was full of female-run websites catering to other Pern fans, places where girls my age not only shared fanfiction and roleplayed Pern-based stories, but where we could own our own dragons.

At the time, it seemed a ludicrously impressive use of technology, that a digital image of a dragon egg would, after some clicking and the appropriate amount of time — days, usually — hatch into a small, pixelated image of a dragon, which I could then name. Had my teenage self known about Flight Rising — a much more sophisticated online game based around breeding, trading, and battling dragons — she would have swooned.

Naturally, then, I started looking online for other stories linking teenage girls and dragons. What I found, especially on sites like Elfwood, were tales of dragon societies, or of people who could shapeshift into dragons, all written by young, unpublished writers who, like me, were dragon-mad. I absolutely loved them, but somehow, those sorts of stories never seemed to make it into print; or if they did, I never saw them. 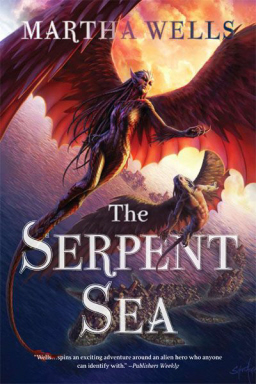 Which is why, from the instant I first discovered Martha Wells’s Raksura series – The Cloud Roads, The Serpent Sea, and The Siren Depths — they went straight on the list of Books I Will Love Forever: because here, finally, after years of waiting, was an achingly perfect trilogy about what is, essentially, a race of dragon shapeshifters, complete with a breathtaking secondary world, original social politics, powerful dragon queens, and romance. Reading them was like coming home, and as such, I cannot recommend them highly enough.

Growing up, my favorite fantasy authors were Kate Elliott, Katharine Kerr, and Robin Hobb — and while none of their stories are explicitly about dragons, in the sense of taking them as a primary narrative focus, it’s notable that the allusions to dragons in their titles and cover art played a significant role in drawing me to their work. I originally bought Elliott’s King’s Dragon, the first book in her Crown of Stars series, because of the titular dragon. After hearing Kerr’s Deverry series recommended multiple times, it was the dragons on the covers of the later volumes, as well as the occasional titular dragon, that convinced me to give her a try.

And when, browsing through a second-hand bookshop with my father, I stumbled on a copy of Hobb’s Assassin’s Quest, even though it was the third book in a trilogy, I ended up buying it because of the arresting cover image of a giant stone dragon covered in moss.

Though I came to love all three authors, and their works, for many other reasons, between Elliott’s Eika, a dragon-descended race, Kerr’s Arzosah Sothy Lorezohaz, and Hobb’s dragonesque Elderlings — to say nothing of her actual dragons and serpents, in her Liveship and Rain Wild series — my initial hopes were never disappointed. If a story has dragons in it, I realized, I’m probably going to like it.

Even so, for all that dragons have been enduringly popular, their appearance on the big screen has traditionally, with a few notable exceptions, been disappointing to the point of cringeworthiness — not because the dragons themselves have looked bad, but because of their presence in narratives that fail to do them justice. No matter how flawless the CGI or how famous the actors involved, Hollywood dragons have tended to fall into one of two categories: mindless monsters, as per Reign of Fire and the execrable Dungeons and Dragons movie, or majestic creatures trapped in mawkish, overwrought stories, like DragonHeart and the woeful, let-us-never-speak-of-it adaptation of Christopher Paolini’s Eragon.

But happily, with increasing frequency, cinema is starting to get it right: there’s Toothless, from the amazing How to Train Your Dragon, the sequel to which is out this year; Haku, from Hayao Miyazaki’s Spirited Away; and now, on the small screen, the dragons of HBO’s Game of Thrones. 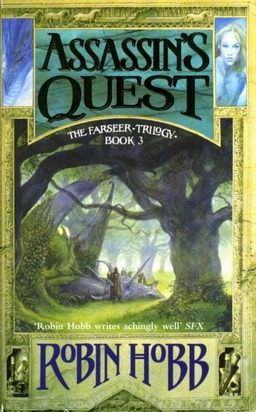 After all this, it’s small wonder that when I finally got around to reading The Hobbit in my teens, I found myself bristling at the characterization of Smaug. But as Peter Jackson’s recent film adaptations have shown, even when particular fictional dragons are firmly established as being evil or menacing, on a cultural level, they still manage to fascinate and seduce us in ways that other mythological creatures just don’t. Whether they’re laying waste to villages, hoarding treasure, guarding dungeons, dispensing riddles, aiding heroes or flying elusively over distant mountains, dragons remain one of the most persistently beloved mainstays of SFF — a trend that shows no sign of slowing.

But why are dragons, of all imaginary creatures, so very compelling?

No other fictional creature boasts such a comprehensive meta-mythology as dragons. I can’t think of a single narrative that talks about breeds of unicorn or manticore, or lavishes paragraphs of description on the crucial difference in coloration, size, intelligence, and native abilities of the various types of phoenix, but when it comes to dragons, we have entire series devoted to classifying them with scientific precision.

From series like Marie Brennan’s A Natural History of Dragons, Naomi Novik’s Temeraire, and Cressida Cowell’s How to Train Your Dragon — and even down to the inclusion of different dragon species in Harry Potter and Discworld – we have devoted more time and effort to differentiating dragons than to any other fictional creature. Why? If I had to guess, I’d blame a combination of factors: the enduring influence of dragon typology as laid down by the original Dungeons & Dragons handbook; the similarity of dragons to dinosaurs, whose different species most of us compulsively and joyfully memorized as children; and the fact that, whereas many mythological creatures are mentioned only within a single culture, references to dragons are widespread, creating a need to distinguish between, for instance, the Chinese tienlung and the medieval wyvern.

And if we think about it, perhaps these last two facts are related: dinosaurs, after all, really did exist, and the accidental discovery of their bones and skeletons surely predates modern archaeology by hundreds, if not thousands, of years. What else were ancient cultures to think?

Clearly, some enormous, clawed creatures had existed and died, leaving behind fearfully big bones; but if they’d been land-based predators, then surely, humans would have encountered them. If the improbable creatures could fly, however — well, then they might have come from anywhere. But of course, that’s only my theory.

Whatever the reason, from mythology to fantasy, dragons have become real to us as few imaginary creatures either are or ever will be. They bring fire and wrath and destruction; they bring knowledge and wisdom and peace. They are arrogant and cunning and alien and wonderful. To quote Robin Hobb’s Golden Fool:

The skies of this world were always meant to have dragons. When they are not here, humans miss them. Some never think of them, of course. But some children, from the time they are small, they look up at the blue summer sky and watch for something that never comes. Because they know. Something that was supposed to be there faded and vanished. Something that we must bring back, you and I.

The book The Flight of Dragons by Peter Dickinson puts forward the case that dragons existed and the evolution of their flight had as a byproduct many of the things we know for lore, including breathing fire and hoarding gold. (I never was sure if he was being serious or engaging in a fun mental exercise.)

We have devoted more time and effort to differentiating dragons than to any other fictional creature.

One possible influence is because the market demanded it. I don’t know if it’s still true, but for a long time novels with dragons on the cover sold better than those without, so authors had a financial incentive to write about dragons. The more they’re being written about, the more you need to differentiate yours from all the other dragon novels.

One of the more disturbing aspects of contemporary fantasy media.

[…] You can read the complete release at the Angry Robot website, or check out Foz’s most recent blog post at Black Gate, “The Fascination of Dragons.” […]