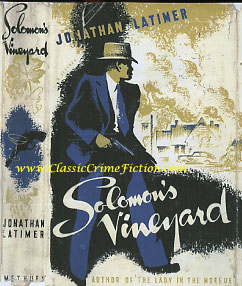 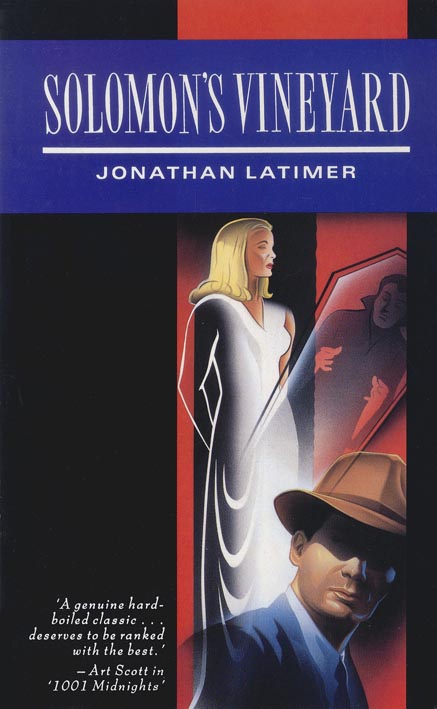 The main character, Karl Craven, is a tough guy private eye who is an avid reader of Black Mask, the most celebrated of the hardboiled pulps that served as the home for both Dashiell Hammett and Raymond Chandler’s early fiction. The fact that Craven fancies himself to be a Black Mask hero is at once evident. Like Hammett’s seminal private eye, the Continental Op, Craven is overweight. Early in the book, he steps out of the shower and turns a critical eye to his nude body in a full-length mirror and notes he resembles a woman about to give birth. Later in the book, while being shot at by an unseen assailant, Craven acknowledges that a man of his size is not an easy target to miss. And then there’s his appetite… 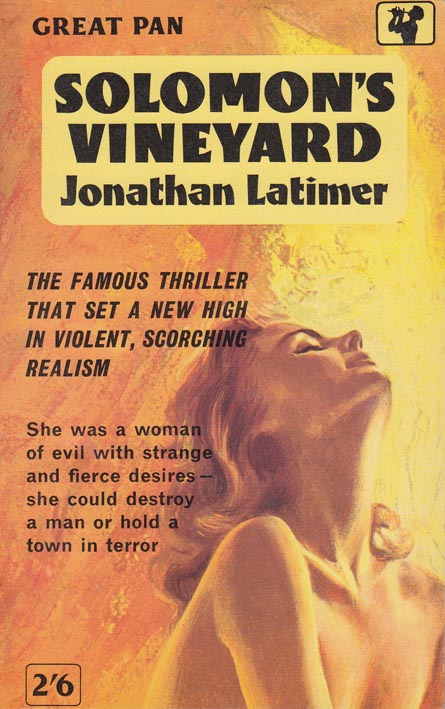 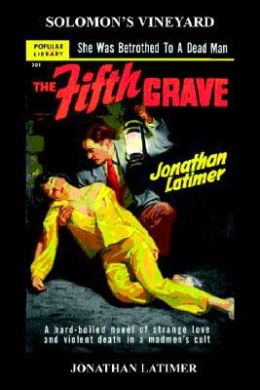 Fans of Dashiell Hammett know the author was obsessed with moral appetites as reflected in his various thin men and fat men characters. Karl Craven’s appetite is purely for food. Latimer delightfully sends up the first-person hardboiled narrative and its fascination with minutiae of everyday life by having Craven always note what he eats. The thing is this guy puts away enough food in a day to feed a normal family for a week. All of this red meat is consumed with no sense of satiation as Craven generally concludes by noting he is still hungry.

This is not to say that Karl Craven is lacking in sexual appetites. He pursues three women in the book, but only scores with one – a nymphomaniac who is using him as the patsy in her plot to rip off the religious cult she helps run. While Craven lusts after her voluptuous body, he has no problem noting he cannot keep up with her – particularly her desire to have violent (and I do mean violent) sex night after night. More than once, Craven considers trying to knock her out during their violent foreplay to spare himself the exhaustion of having to perform sexually yet again.

It is not only in the bedroom that the aptly-named Craven fails to notice he doesn’t live up to the hardboiled stereotype. A mob shootout in a Greek restaurant ends with very few survivors. Craven is among the living since he spends the entire shootout crawling around on his belly like a snake while the other men try to defend themselves and their dates from attack. Worse still is the scene where Craven ruthlessly busts up a joint to force information from uncooperative witnesses. This seems like a typical hardboiled scene except the place in question is an apartment for women and Craven acts the part of a gleeful bully as he smashes radios, record players, knick-knacks, and windows. The one male present is the elderly minority caretaker whom Craven savagely beats. The scene would be repulsive if Craven didn’t describe the carnage as if it was a roadhouse filled with tough guys he was tearing up instead.

The plot of the book itself is a fairly straightforward rip-off of Hammett’s The Dain Curse, which had the dubious honor of being one of the first books to examine the dark side of America dealing with the hidden religious cults who bleed their members dry of money, abuse them, and discard them while pretending to offer a path of Gnostic enlightenment. Latimer gives us all this and more, “everything but a tornado and an abortion” he notes in the preface and really, that’s probably just so the book wasn’t overlong, for this is strictly a kitchen sink affair that is always funny despite the deliberate bad taste throughout.

My single favorite moment that sums up Karl Craven perfectly is when he generously offers to pay for the funeral of a girl he fancied. Like many hardboiled heroes or secret agents, a good-hearted dame pays for her life by being associated with the hero. Normally the only response out of the protagonist is a burning desire for revenge, but Craven seeks out next of kin, appears remorseful, and displays an uncharacteristic generosity and humanity at the funeral. That is until he watches her coffin as it is lowered in the grave. Then Craven considers the fact that there goes $150 he’ll never see again and, adding insult to injury, he notes he’s never paid that much for a broad he never got anything from.

The reader is left to hang their head in shame while laughing in spite of themselves for Latimer has perfectly skewered the hardboiled genre with a book whose unwarranted reputation suggested he failed to appreciate that what readers love about hardboiled pulp heroes would be repugnant in real life. Seek out Solomon’s Vineyard and help dispel the reputation that it was a dirty book. Karl Craven would tell you there’s nothing in the book that would shock your grandmother, provided your grandmother was a filthy whore. The dirty secret about Jonathan Latimer was he was a terribly gifted and clever man who knew how to wring laughs from gallows humor like few writers before or since.

How do these compare to Robert Leslie Bellem’s Dan Turner, Hollywood Detective stories?