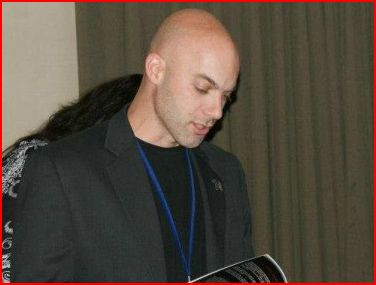 I flipped open the October/November issue of Asimov’s SF this afternoon and the first words to catch my eye were from Sheila Williams’s editorial, on the 27th Annual Readers’ Award Results. They were:

Much praise was lavished on relatively new writer, Derek Künsken. Richard Harding spoke for many when he wrote, “the most striking story I read was ‘The Way of the Needle.’ Wonderful imagination combined with ethics and striving. Thank you very much.

I missed the original announcement on Derek’s blog back in May, so I’m glad I caught it in print.

Congratulations to Derek! We were proud to publish his popular story, “The Gifts of Li Tzu-Ch’eng,” in Black Gate 15 (and not just because Derek is a fellow Ottawa native). Sherwood Smith’s SF Site review of the story said, in part:

Though he is famous in both history and legend, what finally happened to the warlord Li Tzu-Ch’eng is not known. A possible path is hinted at in this tale, which begins when Li is approached by a woman, Nü Wa, who claims to be a messenger of Heaven. She offers Li four gifts. When the reader discovers that Li may only use three of the gifts — the fourth will be used against him — and one of the gifts is love, it’s clear that this will not be a straightforward tale of swords and war…

Artist Laura Diehl won for Best Cover for the December 2012 issue, which you can see here. Congratulations to all the winners!