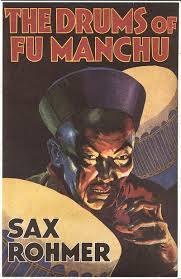 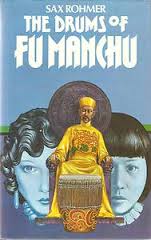 Sax Rohmer’s The Drums of Fu Manchu was first serialized in Collier’s from April 1 to June 3, 1939. It was published in book form later that year by Cassel in the UK and Doubleday in the US. The book marked a welcome return to the first person narrative voice in the tradition of Conan Doyle’s Sherlock Holmes mysteries and constituted a return to the series’ roots with a close re-creation of the very first Fu Manchu episode, “The Zayat Kiss” in the opening chapters of the new novel.

The narrator is Fleet Street journalist Bart Kerrigan, a Dr. Petrie substitute who is an old friend of Sir Denis Nayland Smith from his days as a colonial administrator. As in the first book, our narrator is disturbed one night by the unexpected arrival of Nayland Smith, seeking shelter from the Si-Fan agents on his tail. Smith has once again returned to London to save the life of a man marked for death by the Si-Fan.

Smith and Kerrigan rush to the home of Sir Malcolm Locke. Sir Malcolm’s house guest, General Quinto, is Italian dictator Pietro Monaghani’s right hand man. Quinto has foolishly disregarded his three written warnings from the Si-Fan. Upon Smith and Kerrigan’s arrival, they learn the General has mysteriously died from what Smith calls “the Green Death.”

Smith interrogates Sir Malcolm’s staff and conducts a thorough examination of the room. There is a trace of exotic perfume in the air and Smith faintly detects the inexplicable sound of beating drums fleetingly. As in “The Zayat Kiss” nearly thirty years before, Kerrigan meets a beautiful Eurasian girl outside Sir Malcolm’s house that night, whom he is convinced is the key to the mystery, but she eludes capture.

Kerrigan rejoins Smith in Sir Malcolm’s library, where they examine the three unheeded warnings from the Si-Fan. Unexpectedly, a television monitor (at the time, a new invention) turns on and Dr. Fu Manchu appears. Smith has not seen the Devil Doctor since the events of the last book three years earlier. Fu Manchu explains that his drums will call to all who would foolishly put the world on the brink of a Second World War before the transmission abruptly ceases. 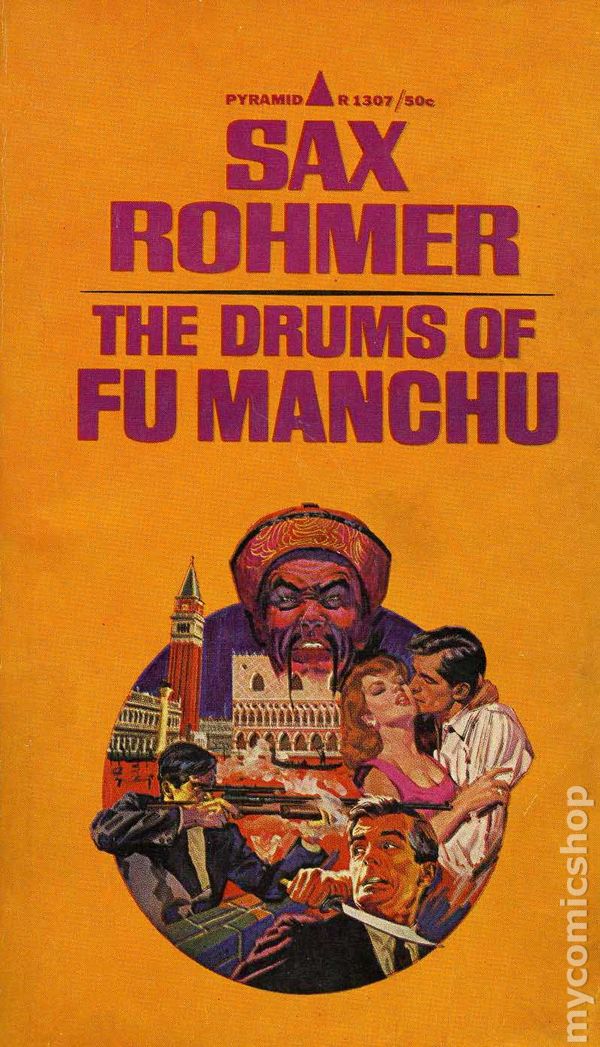 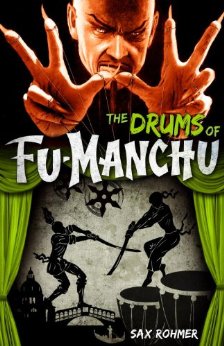 While Rohmer opted to ignore real world events during the second and third books in the series, which were published during the First World War, he continues his recent tradition of firmly rooting the series in the headlines of the 1930s. As he did in his last novel in the series, he creates analogues for real life personalities so Benito Mussolini becomes Pietro Monaghani and Adolf Hitler later appears as Rudolf Adlon.

Many modern day commentators suggest Rohmer was pro-fascist, since the novel portrays Nayland Smith reluctantly trying to save fascist dictators from assassination. An examination of Rohmer’s letters and writings from the period reveals he was allowing Fu Manchu to voice his own political views. Rohmer very much supported the idea of political assassination to prevent the larger loss of life a Second World War would mean. Likewise, critics who condemn the series as examples of imperialist racism should note that Rohmer was identifying with his supposed villain and personally objected to the Establishment views held by his British colonial protagonist.

As in the first novel, a Scotland Yard detective turns up Fu Manchu’s trail, which inadvertently costs the man his life. Kerrigan undertakes the investigation of the man’s home and finds his mysterious Eurasian beauty there. After revealing her name is Ardatha, she retrieves a mandarin cap and notebook that would otherwise incriminate the Si-Fan and warns Kerrigan his life is forfeit if he pursues the investigation further.

Kerrigan presses forward and visits The Monks’ Arms, a disreputable dockside watering hole indicated in the detective’s notebook, where he again spots Ardatha. His pursuit of her leads him to a face-to-face meeting with Dr. Fu Manchu in the backroom of the bar. Rohmer works a surprising twist and has the Devil Doctor consider Kerrigan a worthless amateur to be discarded. His dacoits carry him down to the wine cellar to dispose of him when Nayland Smith leads a party of Scotland Yard men on a raid of The Monks’ Arms. Kerrigan is spared his execution, but Fu Manchu and his followers quickly abandon their base of operations and elude capture, leaving Smith and Kerrigan no closer to solving the mystery of The Drums of Fu Manchu.