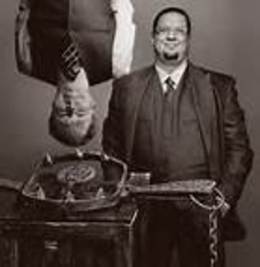 Simple. When giving the explanation ruins things. When what you don’t tell is as important as what you do tell. Or, at times, when it’s who you tell, not what you tell. After all, magicians’ assistants generally know a great deal more about the trick than the audience does – though there might be things even the assistants don’t know, at least not at first.

Most exposition deals with items and details known to the characters, which then have to be conveyed to the readers. What about things the characters don’t know, but the readers must? When we talk about exposition, and giving explanations, along with the how and the when, we also have to consider the who.

Writers are like magicians in this sense – we’ve got to keep our secrets, at least until the right moment when all (ahem) will be revealed. But here’s what makes our lives trickier than those of stage magicians: our readers are both the audience and the assistants. They’re watching the trick unfold, even while they’re participating in the unfolding.

[Aside: ever notice that it’s always the bad guy who tells you his plans? That’s because it’s the bad guys who have plans. Good guys are just minding their own business until the bad guy acts up. I’m sure there’s a language in which “good guy” means “has no particular plans.”]

But I digress. Want dramatic irony? Don’t tell the characters what’s going on. Tell the audience. Tell the readers. The readers can then be in that delicious position of thinking (or saying) “No, no! Don’t trust him! Don’t open that door!” This is one of the best ways to create suspense, by the way. Don’t hide knowledge of what might come from the readers, hide it from the other characters. Make your readers (un)willing participants in the horrors about to unfold. 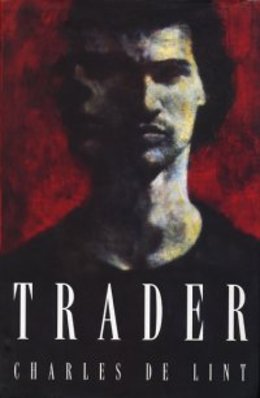 Prose writers move their characters on and off stage by changing point of view, which does sometimes include changing their physical location. Using multiple point-of-view characters almost always means a mix of third-person narrators, though it’s not uncommon for writers to mix things up even further by using both first and third person. I used this technique myself in my latest novel, Shadowlands, but I first encountered it in Charles de Lint’s Trader. It’s also a lovely way to give the readers different perspectives on the same events and characters.

It’s difficult to use dramatic irony with a first person narrator precisely because irony depends on different levels of awareness and it’s extremely difficult for the character to reveal to the readers something she isn’t aware of herself. Though, now that I think of it, there is a common example, borrowed from the romance genre, that people use all the time: the character loves someone and the readers know long before the character realizes. We’re all familiar with the specific clues (the character finds the loved one intensely irritating, for example) that make up the expositional short hand of this particular trope, even if we’re not familiar with romantic fiction.

There are, it strikes me, much more difficult examples, examples for which we don’t have centuries of familiarity to help us. How, for instance, would you show that a first person narrator is afraid of someone, when she isn’t consciously aware of it herself? What a nicely tricky bit of exposition. You can see where using a third person narrator as well could come in handy.

This week was a bit of a digression from the more straightforward observations on exposition that I’ve been sharing with you over the last few posts. Next week, I’m thinking of taking on endings. Which makes this a good place to end.

POV matters…and every POV has a “kryptonite” that it doesn’t do well.

Ha! I love the opening theme and the headline. My first thought was, “When ISN’T writing like a magic trick? Seems like every day I’m having to pull rabbits out of a hat!”

I had Magic and Showmanship: A Handbook for Conjurers by Henning Nelms recommended to me as a how-to-write book.

Now I recommend it to all writers (aspiring and otherwise) as a how-to-write book. Really

It can also work the other way. Gene Wolfe in particular is a master of hiding the story in the things the first-person narrator _doesn’t_ tell you.

JOE: Wolfe is a genius, probably the best prose stylist writing in NA today. He hides things from the reader AND the narrator, and yet you never want to put the book down. Brilliant.

MARY: I’ve made a note of the book, thanks for telling me about it. I may do a post one day on recommended reference books.

YOUR HIGNESS: So true. People don’t often see the challenges, though, just the disadvantages.