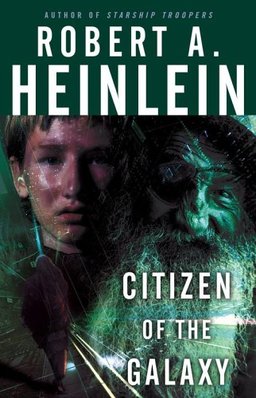 Or so said Walter Jon Williams as he rushed, late, into the World Con panel I was telling you about last week. And he’s right, breaking up an extended piece of exposition with bits of action (or dialogue) is a great way to handle it. Besides, we’ve already cut the exposition down to the necessary, right? We’re not just putting stuff in to let the reader know how much research we did. I mean, I love swords and I’ve watched them being made, but you’re never going to learn how to make one from one of my books.

We’ve talked about using first person and that might be the easiest way to make exposition interesting for your readers, but plenty of writers – like Jack McDevitt – never use it, so what do they do instead? Whichever narrator you use, make the voice interesting and, perhaps most important, interested. If the information is vital to your character, it’ll be vital to the readers. This is why the stranger-in-a-strange-land trope works: the readers learn at the same time and pace that the character does. We take it all in.

Internal monologue, though, doesn’t work as well as you might think. Whenever my beta readers tell me that things feel a bit flat in a particular part, it’s almost always because I’ve got my characters mulling something over. That’s just about the worst way to show the readers character, and not so hot for other things either. Need the readers to know that slavery exists and that the main character might be in danger of same? Include a scene that shows it; don’t just have the character think about it.

This is where dialogue might come in handy. And no, I don’t mean the “As you know, Bob” type. You don’t need to have an actual slave market – though come to think of it, how well did the slave market scene in Heinlein’s Citizen of the Galaxy work? That has to be one of early SF’s best opening scenes, with one of the best opening lines ever. “Lot ninety-seven,” the auctioneer announced. “A boy.” As the scene develops, we’re told all we need to know about the society – and much about the point of view character – without anything ever being explained to us. Plenty of showing, no telling.

Would you like an example from something more recent? Take a look at the opening of Suzanne Collins’s The Hunger Games. Granted, this is first person, but the result is the same. Not only do we get a real feel for the character herself – through both her choice of words and the things she chooses to tell us – but is there any doubt about the kind of world the characters live in? 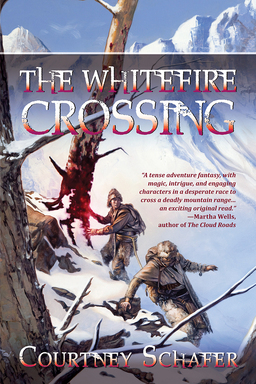 And notice the way she casually drops in the words “the Reaping” without giving any further explanation. Katniss doesn’t need to explain it to herself any more than Baslim the Cripple needs to explain the Nine Worlds – but it sets up the readers’ curiosity and leaves them eager to receive an explanation when it comes.

There’s no way to tell, from the opening of Courtney Schaffer’s The Whitefire Crossing that mountain climbing is going to form an important aspect of the book. The subject, and the activity, is introduced  in the appropriate place, that is, as soon as it becomes vital for the forward movement of the story. The main character, Dev, is a climber and climbing is an important part of what he does for merchant caravans, but we don’t encounter climbing as such until he has to do some.

Now I’m not going to say that it’s pretty obvious that Courtney’s a climber herself – people have said that about me vis a vis horses, but that’s another story – though it’s pretty clear she knows a thing or two about climbing. What’s equally clear is that she knows how much her readers want to know and the details she shares with us make us understand just how skilled Dev is and just how difficult his situation, without choking us with knowledge.

A light hand with details. That’s what a writer needs.

L.A. Meyer’s Bloody Jack books (written, admittedly, in first person) do a fine job of seamlessly working in the exposition.

And somehow (I need to figure out how this works), K.J. Parker gets away with breaking almost all of the exposition rules, but still writes compelling stories.

Black Gate » Blog Archive » When is Writing Like a Magic Trick?

[…] the more straightforward observations on exposition that I’ve been sharing with you over the last few posts. Next week I’m thinking of taking on endings. Which makes this a good place to […]