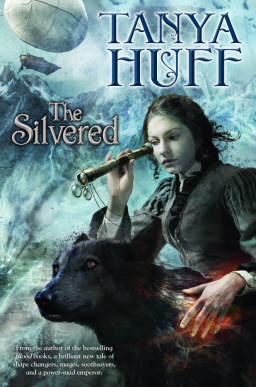 That’s what Tanya Huff said when Michelle Sagara suggested there was quite a bit of paranoia surrounding the idea of writing exposition – you know, all that explaining and informing stuff that I started talking about a couple of weeks ago?

As luck would have it, there was a panel on this very subject at World Con, featuring Jack McDevitt, Tanya Huff, Karl Schroeder, Walter Jon Williams, and Michelle Sagara (aka Michelle West), so rather than go on with my own prepared remarks, I’ll take this opportunity to relay their wisdom on the subject. They touched on many of the points I raised last time – notably the use of first person and the stranger-in-a-strange-land trope – and I’ll no doubt be referring to remarks made at this panel over the next couple of posts, where relevant to the specific subject at hand, but I’ll give you a short summary here.

What could be truer than the quote I use above – which, by the way, you should imagine being said in the most reassuring tone, the tone that says, “You can do it.” As writers, we hope never to write anything the readers find uninteresting. As readers, we know that there are parts we skip, don’t we? Just keep in mind that we don’t all skip the same parts. Setting aside how easy it might be to just do your job, think about what is being said here. It’s not your job to educate the readers. It’s your job to make whatever you do decide to tell them interesting.

Want a suggestion on how? A first person narrator can make exposition interesting by his or her attitude – Walter Jon Williams.

But what if you did a lot of work? What if there’s all this fascinating information on the subject of early cannon warfare that you spent all that time researching? As Jack McDevitt said, the real difficulty is avoiding showing off to readers how much research you’ve done. The trick is to include just enough information to satisfy those who want to know (and that won’t be everyone) without putting in so much that the readers’ eyes just skip down to the next line of dialogue. 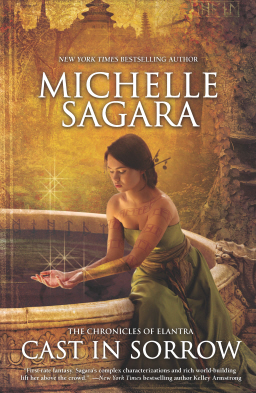 Speaking of eyes, here’s an eye-opener for you. Michelle’s editor once  told her to add some description that she wasn’t planning on. The reason? It wasn’t her job to decide what the readers wanted or didn’t want to read. She should include the description/exposition, and let the readers decide to skip it if they wanted to. The point is that some will – and some won’t.

But as Karl Schroeder pointed out,  the amount of exposition – or description – that would actually be needed might vary a fair degree. You can be very concise indeed when you’re writing for a specific audience, as most of us are. There are certain tropes and givens that everyone well-read in a particular genre already understands, and painstaking descriptions of such things just aren’t needed. Indeed, tropes, paradigms, and conventions are part of what makes a genre a genre, as many of us know firsthand. We’ve all had the experience of pressing a favourite book on a non-SF or Fantasy reading friend only to have them complain that the book was too difficult, or that there was too much taken for granted.

Michelle observed that not only do different genres, such as crime and romance, have their own paradigms, this means that the way exposition is used in these genres will also be different. If anything, this would add to the difficulties for people trying to read across genres for the first time. She added that even the needs for exposition when writing short stories are very different from those for novels.

The panel did talk about a few specific techniques, besides first-person narrators and strangers in strange lands. Walter talked about a technique he stole from Roger Zelazny, which Zelazny admitted he’d stolen from James Joyce: make each chapter heading a headline or short piece from a newspaper or an advertisement. This gives cultural and political background quickly, succinctly, without having to give it in the narrative.

A couple of final points. From Karl: Your job isn’t to fill in all the details, but to point the reader in the right direction. From Tanya: The details are like the foundation of the house, but you don’t live in the basement, you just go down there every now and again.

And a final word from me, or rather, via me. In 1759 Samuel Johnson said, “The task of the poet is not to number the stripes on the tulip.” See how long we’ve been talking about this?

“It’s Your Job to Make it Interesting. Just Do Your Job” | Voodoo Buddha - Gaming News and Geek-Culture

“Parts that we skip?” That honestly has never occurred to me. If I’m engaged in a book, I’ll read every word; it’s all part of the story in a stream-of-consciousness way. Even if I’m not too interested, I’ll either push on through or find something else.

I never skip, but I may give up if too bored.

I observe on the interesting side that you’ve lost the major thing that interests people — plot moving forward — and as a rule of thumb, you need charming voice or satiating the reader’s curiosity to pull you forward.

I know, right? Who thought that there were parts that readers skip? Certainly not me. I might skim down a lengthy piece of description if I’ve read the book before, but I figure that doesn’t count, since I’ve already read it. Apparently it does happen, however, and often enough that veteran writers like these are aware of it, too say nothing of their editors.
Mary: I think the issue is that poorly presented exposition tends to stop plot movement in its tracks, hence the concern. You’re spot on when you suggest that an interesting voice is one of the methods of dealing with necessary exposition. I’ll be talking about that, among other things, in upcoming posts.
Thanks for your comments.

[…] so said Walter Jon Williams as he rushed, late, into the World Con panel I was telling you about last week. And he’s right, breaking up an extended piece of exposition with bits of action (or […]