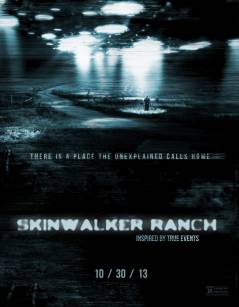 I’m not saying the world is over the whole handheld camera, first person horror thing.

I mean, as long as Paranormal Activity 4 can take a $5M production budget and turn it into $54M in box office receipts, we will continue to be treated to a format that was once a novelty, but now needs to be really impressive to get serious audience attention.

Or attention at least.

Skinwalker Ranch may or may not fit the bill.

The premise is solid enough. Skinwalker Ranch, also known as Sherman Ranch, is a property located on approximately 480 acres southeast of Ballard, Utah, that is allegedly the site of paranormal and UFO-related activities. Its name is taken from the “skin-walker” of Native American legend.

And yes, it is a real place.

Claims about the ranch first appeared in the Salt Lake City, Utah Desret News back in 2006 and later in the alternative weekly Las Vegas Mercury as a series of articles by journalist George Knapp. Knapp and co-author Colm Kelleher subsequently authored a book, Hunt for the Skinwalker, in which they describe the ranch being acquired by the National Institute for Discovery Science (NIDSci) to study anecdotal sightings of UFOs, bigfoot-like creatures, crop circles, glowing orbs, and poltergeist activity reported by the former owners of Sherman Ranch.

According to Kelleher and Knapp, they saw or investigated evidence of close to 100 incidents that include vanishing and mutilated cattle, sightings of unidentified flying objects or orbs, large animals with piercing yellow eyes that they say were not injured when struck by bullets, and invisible objects emitting destructive magnetic fields.

Okay, so far so good. 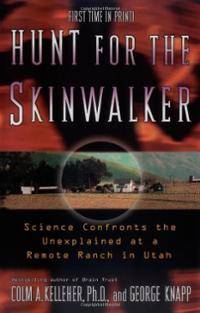 A few weeks ago, Deep Studios, a VC funded, Utah-based production company, announced it will release Devin McGinn’s supernatural thriller Skinwalker Ranch both theatrically and on VOD just in time for Halloween. The press release read as follows.

In 2010 “Skinwalker Ranch” gained media attention after experiencing a wide range of unexplained phenomena. Reports ranged from UFO sightings to livestock mutilation, but maybe most notable was the disappearance of ranch owner Hoyt Miller’s eight year old son, Cody on November 11, 2010. Close to a year later, Modern Defense Enterprises (MDE) has sent a team of experts to document and investigates the mysterious occurrences, which only escalate upon their arrival. The incidents become more violent, causing tensions to rise as the team must decide how far they will go to unlock the mysteries of “Skinwalker Ranch.” The group debates whether the answers are worth risking their lives for, or if they should just call off the investigation and leave the ranch – that is, if leaving is actually an option…

TV actor McGinn stars in the film and also makes his directorial debut. And speaking of debuts, Skinwalker Ranch is writer Adam Ohler’s freshman outing as well, while production company Deep Studios has only two other movie projects under its belt.

And yes, it appears we’re looking at another first-person perspective film (remember The Fourth Kind?).

However, the trailer does pique my interest just a bit.

So is there anything to Skinwalker Ranch? For real?

To understand Skinwalker Ranch, you have to know Robert Bigelow, the wealthy hotel entrepreneur who owns the Budget Suites of America hotel chain. Today, he’s best known as the founder of Bigelow Aerospace, a private space ventures company that wants to expand into orbiting space hotels. 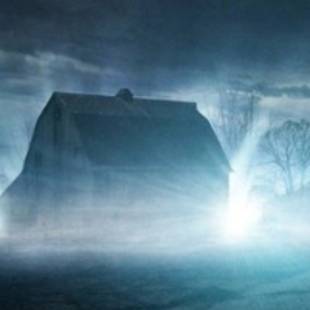 You may not think so, but Bigelow Aerospace is very serious. They actually launched two modules, Genesis I and Genesis II, in 2006 and 2007; both remain in orbit as of this date. But in 1995, Bigelow himself was more interested in spending his vast fortune on paranormal research.

Here in the real world, author George Knapp is the same guy who introduced fellow Las Vegas resident Bob Lazar to the world. In case you forget, Bob Lazar was the hoaxster who, for a time, convinced a lot of UFOlogists that he had been an engineer working for the military at Area 51, reverse engineering alien spacecraft.

Knapp was the author of the aforementioned articles in local Utah papers telling about the UFOs said to fly around Skinwalker Ranch. Knapp’s publicity caught the attention of our Mr. Robert Bigelow, who purchased the ranch in 1995 and then hired molecular biologist Colm Kelleher to head up his science team, which included a handful of PhDs in various disciplines. Bigelow called his enterprise the National Institute for Discovery Science.

To date, nothing of substance has been discovered or documented at the ranch. However, the whole story has provided fertile ground for the movie maker’s imagination.

And as Groom Lake is so 1980’s, it’s about time we had another spot upon which to focus our imaginations.

Skinwalker Ranch is headed for theaters and VOD on October 30th with a DVD release to follow.