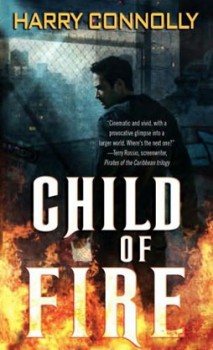 But I didn’t trust the information they had, not completely. That’s why I kept searching through other online listings. There are many, but the only one I found genuinely useful were the Member Pages of PublishersMarketplace.com.

Of course, both of those sites are secondary sources. They’re useful for scooping up names to check later, and when I say “later” I mean “at the agent’s website.” I always checked the agentquery submission guidelines against what the agent put on the web themselves; if there were discrepancies, I went with the agent’s site. In the dictionary, that’s definition number 6 under “no-brainer.”

Sounds easy, right? And it should have been enough, but it wasn’t for me. At the time I had a weird temp job that was crazy-busy for long stretches and then dead quite for an hour or two at a time. I couldn’t really write during those lulls, but I could research.

So I did, obsessively hunting for agents that weren’t on my list. Mostly it was a waste of time. I say go with the AgentQuery list and you’re good.

The next step, naturally, was to trim back the list. I didn’t want to query every agent who wrote “fantasy” on some list. First I checked to see if they were legit by running their names through a few different sites:

If those sites gave a bad report, I dropped the agent from the list.

Next, what specifically did the agent’s sites say they were looking for? After checking that, I Googled them to see if they had a blog. Then I looked over their client list (if I could find one). Then I Googled them again, this time along with the word “interview.”

Here’s what I wanted to know: Did they like the sort of work I wrote? Did they come across as people I’d want to work with? What did they love? What did they hate? What were their expectations?

For instance, there were a couple of agents who said they were only looking for science fiction or paranormal romance, not the fantasy/contemporary fantasy I write. I scratched them off the list.

I crossed another agent’s name because of an off-hand remark on her blog that she didn’t represent “traditional” fantasy; while my current book wasn’t like that, I plan to write a big ass-kicking fantasy someday. So she wouldn’t have been a good fit for me long term.

Also, Child of Fire is a supernatural thriller, but the dark tone and violence made it close enough to horror that I felt comfortable adding agents who rep horror to my list. But! One agent said in an interview (I’m paraphrasing here) that she loved horror because it deals explicitly with religion. Me, I’m an atheist and my books are distinctly non-religious in their magic. I took her off the list.

I also deleted the names of agents who were outside the NY state area. That was a mistake. I was following outdated advice, and didn’t recognize that there were terrific agents all over the country now, selling books long distance to big-time publishers. Eventually, I wised up and put their names back in, although I vetted them more carefully than the NY agents.

I made more mistakes than that. For instance, when I decided an agent was unsuitable, I deleted them from the Word file I was keeping. Of course, I was still skimming through lists of agents and visiting all sorts of research sites. Eventually, I realized that there were a few agents I’d added and deleted several times. After that, instead of deleting names, I just turned the font red. I’m embarrassed to think of the time I wasted doing that. 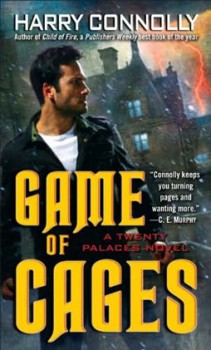 I also wasted time querying agents who clearly stated they were not looking for new clients. “Don’t reject yourself” was my mantra for a while, but it was a waste of time to approach people who weren’t interested.

I only heard back from one of them, a woman who represents a couple of very successful fantasy novelists. No, she didn’t request a sample; she wanted to know how I’d gotten her address after she’d carefully scrubbed it from the internet. I detailed the research I’d done for her: interviews, phone record searches, Brooklyn business listings that showed her last name and first initial…

She was grateful for the chance to scrub one last listing from the web, but what I got for my trouble was regret.

Why did I spend so much time on all this research? Mainly, it was because so many people were telling us, an internet full of earnest determined-to-be-professional writers, that we shouldn’t sign with the first agent who offers to represent us. There should be a rapport, and we should vet them carefully, and we should make sure they have a good reputation even if they’re totally legit and making sales for their clients.

And how exactly does a writer on the other side of the country do that? It’s not like people go to the web and say “I’m the editor-in-chief at Glowing Sword Publishing, and here’s a list of the legit agents who make me roll my eyes when I see them in my caller ID.” Maybe you can have that conversation at the bar across the street from Little/Brown after a few drinks, but most of us can’t.

In the end, it didn’t really matter. I sent sixty queries, had eight requests for more material, and three offers of representation. All three were excellent and I’d have been proud to sign with any of them, but the one I chose was Caitlin Blasdell who, get this, has no blog, no twitter account, no Facebook, nothing. She’s just not interested in it, and my research on her turned up perfunctory information at best. What convinced me to sign with her were the conversations we had on the phone and the good word of one of her authors.

And that’s it. Does anyone want to see the query letter I sent?

Here it is with the addresses stripped out:

Ray Lilly is just supposed to be the driver. Sure, he knows a little magic, but it’s Annalise, his boss, who has the real power. Ray doesn’t like driving her across the country so she can hunt and kill people dabbling in dangerous magic, but if he tries to quit he’ll move right to the top of her hit list.

But Annalise’s next kill goes wrong and she is critically injured. Ray must complete her assignment alone; he has to stop the man who is sacrificing children to make his community thrive, and also find the inhuman supernatural power fueling his magic.

Harvest of Fire is a completed 99,000-word contemporary fantasy in the tone and style of a crime thriller.

I have sold several short stories to the magazines Black Gate and On Spec. The latest is “Eating Venom,” due out in the next issue of Black Gate.

Thank you for your time,

Notice the working title; No one likes my titles, I’m afraid.

Notice also that I repeat the word “magic” three times in two paragraphs. Hey, it’s not “perfect” perfect, but it presented the situation in concrete terms and it worked.

If anyone has any questions, please leave them in comments.

Rules for photographers (and every other artist) « Twenty Palaces

[…] first, an essay describing the way I conducted my search for an agent is online now at Black Gate. Check it out, if you’re interested in that sort of […]

Thanks for sharing your experiences in getting an agent. This is very helpful!

As someone who plans on sending out query letters for my first novel in a month or two, can I ask a couple of questions? Hope you don’t think I’m being too nosy…

1. So how long did it take you to find an agent, beginning with the first query you sent out?

2. What was your time period between sending out all 60 queries? That is, did you send them all out at once? Did you do something like 5 per week, one at a time? etc. I’m guessing that most agents don’t send a reply at all if they’re not interested, so when do you know when it’s time to search elsewhere?

Thanks again for sharing your experience!
SGF

1. I sent my first query the weekend before Labor Day, 2007 (which is the end of August/beginning of September, for you folks outside the U.S.A.). I signed with my agent in the middle of December.

I should say that this is a particularly quick turnaround time. It’s not unusual for the query process to take a year.

2. I sent out the queries in batches of 5-8 over the course of a few weeks. For one, it was easier to pay for the stamps a bit at a time (see my previous “First Novel Sale” post for why that mattered). Also, it was inevitable that I would send out a query and immediately see something I wanted to improve. If I’d queried everyone at once it would have been too late.

Good luck to you!

Thanks, Harry for answering my questions, and also for the “good luck”!