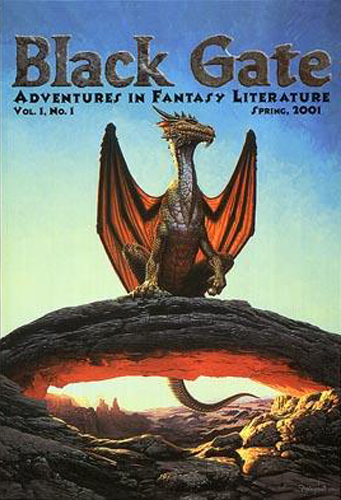 The Dreamthief’s Daughter [Book One]
by Michael Moorcock

“Golden Bell, Seven, & the Marquis of Zeng”
by Richard Parks

The Unlikely Case of News from the Edge
by Mark Sumner

Editorial: The Golden Age of Fantasy
by John O’Neill

The Comics Cauldron
by Claude Lalumiere

On The Edge: Fantasy Reviews
by Paul J. McAuley

Plus numerous capsule reviews, news, and much more.

The Joy of Role Playing, or Why I Still Spend Thursday Nights in the Basement
by Todd Ruthman

One World, Many Stories: Legend of the Five Rings
by Don Bassingthwaite