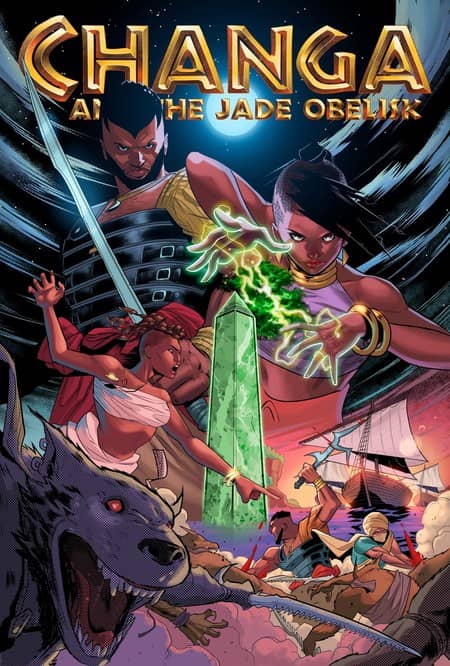 Cover for Changa and the Jade Obelisk #1

Changa’s Safari began in 1986 as a concept inspired by Robert E. Howard’s Conan. I wanted to create a heroic character with all the power and action of the brooding Cimmerian but based on African history, culture and tradition. Although the idea came early, the actual execution didn’t begin until 2005, when I decided to take the plunge into writing and publishing. During its creation I had the great fortune to meet and become friends with Charles R. Saunders, whose similar inspiration by Howard led to the creation of the iconic Imaro. What was planned to be a short story became a five-volume collection of tales that ended a few years ago with Son of Mfumu.

I had always seen Changa’s story as a visual experience. When I began writing the first story I imagined Michael Clarke Duncan as Changa, the Indian Ocean with his crew from adventure to adventure. After Duncan passed away; I settled on Michael Jai White as a worthy replacement for my hero. Having Changa travel the world for his various adventures was also part of the visual experience. It was my hope to one day see it all take place on the silver screen.

A few years ago I embarked a project to make Changa’s Safari an animated series, a project that is still in development. But recently I imagined Changa as a comic book series. I still had a strong desire to see Changa visually, and I felt that the comic book medium would be the fastest way to do so. The comic book would also serve as storyboards for a possible movie, if the opportunity ever came up.

END_OF_DOCUMENT_TOKEN_TO_BE_REPLACED 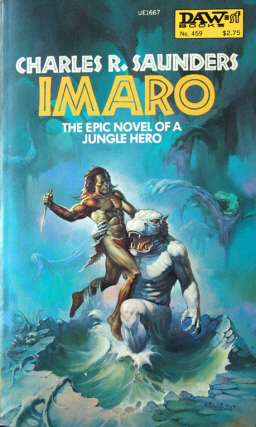 Five years ago, I embarked on a writing and publishing journey, finally fulfilling a lifelong dream. By doing so, I unknowingly became a part of a legacy that began long before I decided to set fingers to keys to write my first novel.

Decades earlier, Charles R. Saunders sat before a different type of keyboard to create a character that added an important perspective to sword and sorcery, Imaro.  His motivation was similar to mine, although we came to the same conclusion years apart.

After falling in love with Robert E. Howard’s Conan and other stories and heroes that comprised Sword and Sorcery, he began to see the inequities. So to rectify the situation, he created Imaro, a man whose skills rivaled that of Conan’s, but whose world was grounded in African culture, history, and tradition.

My journey was sparked in a similar way, leading me to create my first Sword and Soul novel, Meji. Meji is a celebration of the diversity of the African continent, told through the story of twin brothers Ndoro and Obaseki.

It was coincidence that Charles and I were sparked to create characters from the same source; but it was fortuitous that we met through a mutual friend. It was Charles’s positive review of my Meji manuscript that convinced me that my decision to self-publish was the right thing to do.

But enough about me.  What’s been happening with Sword and Soul in the five years since my publishing company MVmedia hit the ground running?