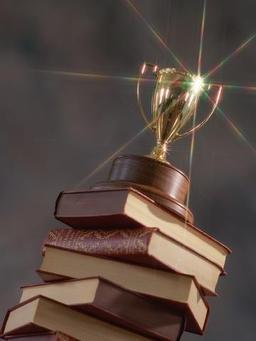 One thing that’s been a constant in the back-and-forth over the Hugos has been the refrain from the folks who think there’s nothing wrong with them as they stand: “Why don’t you create an award for stuff you like?” Comments on this very blog have raised that point, and at least one commenter meant it in all seriousness.

This grates on me a bit. In one sense, to create a new award sounds like an admission of defeat, of an inability to make an award that’s supposed to represent all of fandom really do that. In another sense, though, it’s a way to ensure that at least one set of awards for SF/F represent what it is truly about: the story above all else.

I’ve developed a proposal for just that: a series of awards to celebrate and commemorate the SF/F storyteller’s art. It’s modeled after the Hugos, with two major changes: a panel of judges evaluates the nominees to ensure that they are indeed good SF/F stories, and can reject a limited number of them; and the pool of eligible voters is based on a web of trust starting with the signers of the proposal. All voting and nominating is done automatically, on the Web.

I’ve tried and failed to come up with a unique name for the awards. My first choice was the Heinleins, after the greatest storyteller in SF, but that was taken. Next, I thought I’d use the name of one of Heinlein’s characters who was a great storyteller, Noisy Rhysling, but that was taken as well. Rather than thrash around the question, I decided to punt and let others suggest names.

The actual proposal-cum-manifesto is after the jump.

END_OF_DOCUMENT_TOKEN_TO_BE_REPLACED 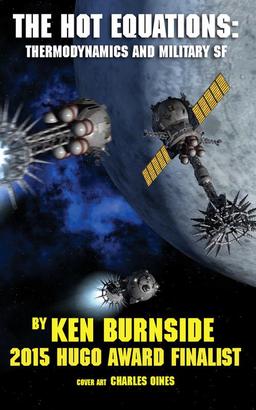 Ken Burnside is a game designer and publisher, best known for Attack Vector: Tactical and Squadron Strike! He contributed an article to Vox Day’s anthology Riding the Red Horse, titled “The Hot Equations,” laying out in understandable terms what the laws of thermodynamics mean in terms of SF in general and space combat in particular. He was nominated for a Hugo for Best Related Work, and… well…

He describes the experience in his own words:

I signed up for the Sad Puppy list because I was told it was about getting representation for conservative and libertarian leaning storytellers in the Hugo nomination process. The request came in when a book I was published in was in its initial 90-day release window, and it counted as promoting the title. More exposure means more sales, and I was (and always am) looking for new readers…

Throughout this, the things that made me a Puppy in the first place was buried in a malodorous pile of feces. They were buried by partisans on both sides, not just the Anti-Puppies. In Kary English’s blog, I paraphrased Anita Sarkeesian: “In the game of Hugo Awards, the Puppy nominees aren’t the opposition. They’re the ball…”

Eventually, tired of being browbeaten and told what an awful human being I was, I just retreated to “Read the works. Vote your conscience. In that order.”

Combined with shunning, my “OK, this is going to be a disaster…” sense was past tingling, into throbbing and really should just be called mordant curiosity. Only after I was seen talking to Tananarive Due did anyone outside the small representation of “Puppies” at the convention consent to talk to me, mostly in the shadows of the reception, where nobody else could see.

It’s a very good description of what it was like to be associated with the Puppies, and in particular how he was treated by anti-Puppy folks at Worldcon. Read the whole thing over at the Mad Genius Club blog. 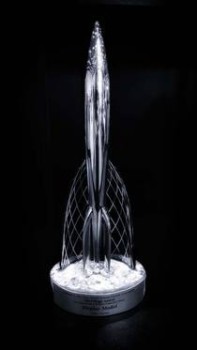 The results of the 2015 Hugo balloting are in. The results are a clear statement to conservatives: you’re not welcome in true SF fandom as long as you bitterly cling to your ideals.

When I read io9’s liveblog of the results this morning, I was dismayed, but not the tiniest bit surprised, to see NO AWARD after NO AWARD, all to the accompaniment of raucous cheering and Charlie Jane Anders’s gloating. This is exactly what I predicted after reading the clamor here at Black Gate and elsewhere on the net, and the surging tide of people saying “Vote NO AWARD on everything! Let’s show the Puppies they can’t get away with it!”

In the editor categories, as well as some of the others, there were plenty of nominees who have won Hugo awards in the past, and are considered at the top of their field. All went down beneath the NO AWARD tidal wave.

After the readers’ packets were distributed, there were comments to the effect “Eh, all these works are crap, anyway.” John O’Neill’s post this morning here at Black Gate reiterated this view after the results were announced: “Dear Puppies: Your Taste Sucks.”

There’s also comment from editors and the like around the net about how they read the works and found them worthy not of being tossed lightly aside, but rather hurled with great force.