Not long ago and not very far away – well within our very own galaxy – talking robots, self-driving vehicles and superintelligent computers were merely fantasy fodder for the sci-fi-inclined. Star Wars has always been ahead of its time, but today many aspects of the futuristic technology described within the early novels and films have found their way into our everyday lives.

With Star Wars: The Force Awakens opening last week, it’s an opportune moment to observe this trend more closely. While we’re not quite in C-3PO or R2-D2 territory yet, our AI systems are more human than ever before. Siri not only provides information to users, she is able to reply politely when presented with niceties. Amazon Echo’s Alexa is more than happy to play DJ to its owner’s parties. Facebook’s “M”, currently in development, engages with the user in natural language to provide the highest level of concierge service. None has the endearing attributes of Star Wars characters, but we’re getting closer.

We first meet C-3PO and R2-D2 in Episode IV when Princess Leia entrusts them with a vital message, though in reality the droids met long before that in Episode I. From the very beginning, they are critical to the success of their respective masters’ plans. R2-D2, who is an astromech droid, helps repair Queen Amidala‘s ship and save her life. C-3PO is a protocol droid who belongs to a young Anakin Skywalker and serves him loyally for years before Skywalker’s descent into darkness.

END_OF_DOCUMENT_TOKEN_TO_BE_REPLACED 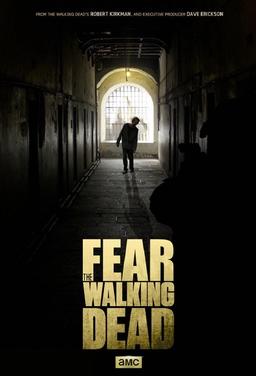 Tales of shambling, cannibal corpses have enthralled audiences for thousands of years. Acting under the power of a magic spell, a parasitic virus, or merely the compulsive urge to indulge in warm flesh, the zombie trope exposes our fascination with the concept of unholy, undead transformations.

In light of the late-August premier of Fear the Walking Dead (a prequel to the Walking Dead series, recounting the events leading up society’s downfall) it’s the perfect time to take a look back at some equally well-loved zombie books. For this piece we’ve blown the dust off some modern examples of the undead in literature — take a bite if you dare.

Let’s begin with Rot and Ruin by Jonathan Maberry, a book that will satisfy YA readers as well as fans of Romero’s original Night of the Living Dead. The plot skips over the gritty apocalyptic details and launches straight into the depiction of a society in the midst of modern zombie times.

Here the main character, Benny, is a fifteen-year-old who begrudgingly becomes an apprentice zombie hunter — Holden Caulfield with a hint of undead gore. In this story, the flesh-eater serves as a sort of anti-hero, against which we project our own questions as to what it means to be truly human.

Pontypool Changes Everything by Tony Burgess is compelling challenge, and a break away from the standard, straight-forward zombie narrative. In this tale, the undead virus isn’t one that resides in the body — it’s a disease spread through words, transferred via actual speech and language exchange.

As the residents of a small Canadian town lose their grip on reality and slip into aphasia, the novel itself devolves into almost complete absurdism. This plot device helps the storyline rise above conventional zombie fare, and Burgess’s writing style adds to the mesmerizing madness, but some readers might be put off by the lack of linguistic stability and minimal presence of actual zombie carnage. A polarizing zombie pick, this one might fall along the lines of “read at your own risk.”

END_OF_DOCUMENT_TOKEN_TO_BE_REPLACED

Ray Bradbury knew the power of words. He once claimed that he had been raised by libraries. When he died on June 5, 2012, at the age of 91, he left behind an incredible legacy.

That legacy has transcended the phenomenal number of books he sold (over eight million) as well as the names of fellow world-class science fiction writers such as Robert Heinlein, Arthur C. Clarke, and Isaac Asimov, with whom he was often categorized. Nicknamed “poet of the pulps,” the impressions he left in the minds of countless readers continue to propel positive memories of his work. We turn to his stories not simply because they are fantastical, but because they manage to touch upon the dark mysteries that lie at the heart of what it means to be human.

Bradbury’s claim regarding the influence of libraries in his life was not exaggeration. It’s a well-known fact that he wrote his classic novel Fahrenheit 451 on a rented typewriter in the basement of a university library. Originally published in a shorter version in Galaxy magazine in 1951, Fahrenheit 451, a dystopian tale about a future in which books have been outlawed, speaks both to his deep respect for the power of words and for the accessibility of his books. Fahrenheit 451 still appears on middle school and high school reading lists. Young readers, hooked early by Bradbury’s poetic prose, often go on to read more of his work as adults. Some of his other particularly well-known books include 1950’s short story collection The Martian Chronicles and his 1952 short story “A Sound of Thunder.”

END_OF_DOCUMENT_TOKEN_TO_BE_REPLACED

No discussion of early ’80’s film and movie subgenres would be complete without mentioning the sword and sorcery segment of fantasy films that included such gems as Conan the Barbarian and The Beastmaster, both released in 1982.

Coinciding with the continued popularity of such fantasy role-playing games as Advanced Dungeons and Dragons, both the subgenre and these films quickly found a devoted following. As contemporary sword and sorcery fans prepare for the latest book from George R. R. Martin, let’s take a look back at the 80’s swashbucklers which helped to establish modern trends.

But let’s settle something, too — which hulking, loincloth clad swashbuckler reigns supreme — The Beastmaster’s Dar, or Conan?

The Barbarian King of the Sword and Sorcery Subgenre

When considering this subgenre, inevitably Conan the Barbarian is one of the first names to pop up. Conan was a forerunner for many popular titles that came after. He first appeared in pulp stories penned by Robert E. Howard in the 1930’s (which even predated J.R.R. Tolkien’s best-known fantasy fiction).

END_OF_DOCUMENT_TOKEN_TO_BE_REPLACED

Known as a member of science-fiction’s “big three” alongside Isaac Asimov and Robert A. Heinlein, Clarke had a penchant, not only for writing superb science-fiction stories, but also for anticipating what sort of role technology would play in future societies.

His work as a science fiction writer (particularly his screenplay and novel 2001: A Space Odyssey) has stimulated endless conversation about the role technology plays in our day-to-day lives and the degree to which it reflects our propensity to transcend our genetic inadequacies as a species.

Sir Arthur C. Clarke was born on December 16, 1917 in Minehead, Somerset, England, UK. At a very early age, he was exposed to (what were at the time) cutting edge communications technologies by his mother, who was a radio operator in England. He was also blessed with an amazing imagination that allowed him to see things more as they could be, instead of how they were.

But although he had demonstrated a high capacity for abstract thinking, Clarke also showed a propensity for natural sciences, and he was adept at navigating technological interfaces. During World War II, he served as a radar specialist with the elite Royal Air Force of Great Britain. After the war, he took up studies in mathematics and physics and earned a degree from King’s College London. Most of his writings during this time were non-fiction science books about the possible future of rocket technology and space flight. The influence of his time in the Air Force became very evident.

In the late 1930s, Clarke began writing science-fiction pieces about space travel and futuristic technology for fanzines. In the “The Sentinel” (1948), he suggests that alien life forms could be vastly superior to humans. This theme would be central in many of his future novels.