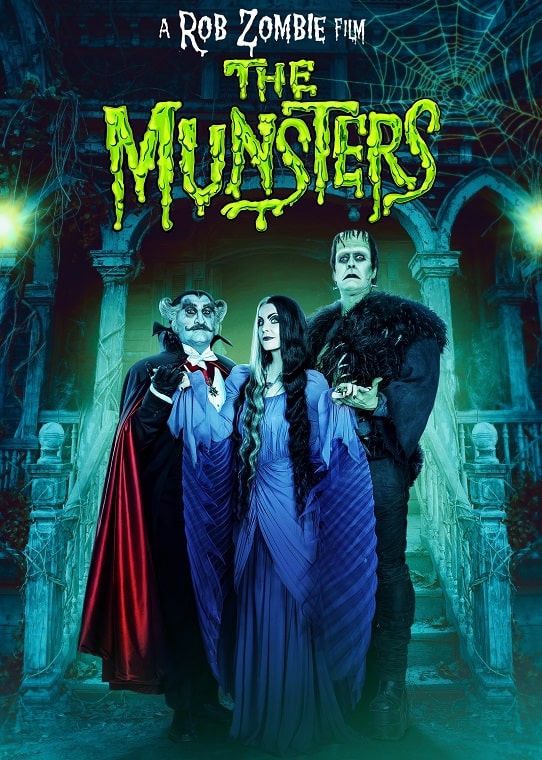 I’ll start this by saying I have nothing against Rob Zombie in general. As a musician, he has sold millions of albums, had Grammy nominations and sold-out concert venues for the past 20 years. Though I am not a fan of his movies, a little research explained why he keeps getting funding to make them. In general, a movie is considered a success if it makes a minimum of 2x its overall budget, but in reality, this is more like 3x or above. I actually researched all of Zombie’s theatrical releases and on average, his movies make 3.21x their budgets. So, though they are not considered blockbusters (for example, Top Gun: Maverick is currently at 7x its operating budget and counting), Zombie’s films definitely do well enough to keep getting made. Which brings me to Zombie’s latest film: The Munsters.

According to various interviews, Zombie like many of us, grew up watching reruns of the original Musters TV show, whose 70 episodes ran from 1964-1966. Zombie’s most famous song, “Dragula,” is named after the Munsters’ car built by Grandpa to win a drag race, and the chorus of the song quotes Grandpa directly. I get it, Zombie loves The Munsters. The question was whether or not a self-taught filmmaker whose prior films have been described as “grotesque,” “violent,” and “one giant loogie” was capable of creating a true homage to a cult classic like The Munsters?

Apparently, and unsurprisingly, the answer is no. 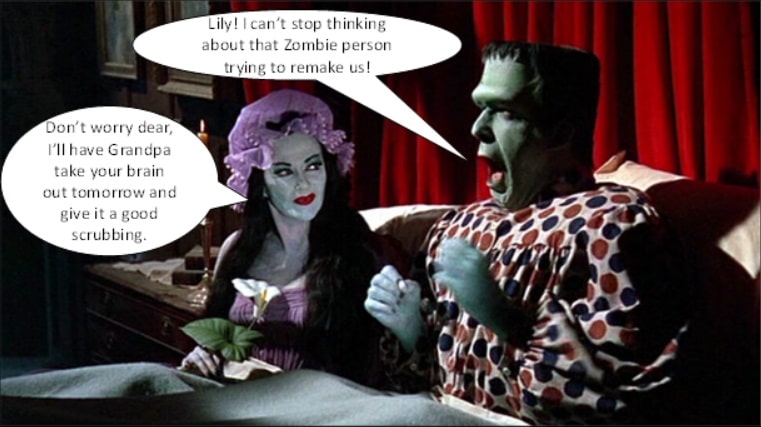 In fully disclosure, I was absolutely not a fan of Zombie taking on The Munsters when he first starting making noise about it last summer. Now, almost exactly a year later, the trailer release has confirmed my worst fears about how this was going to end.

And honestly, I thought I was going to be in the minority. I mean, I absolutely loved the Addams Family movies, so this isn’t about not tampering with classic material; maybe I really was biased because it was Zombie doing the remaking?

But then I started perusing the social media buzz which inevitably followed the release of the trailer this week. What I found was far more writing talent than I saw in the trailer. From Facebook to Instagram to Twitter, I spent an entertaining hour reading through the comments. Here are just a few:

“Looks like they had a 20k budget and no acting lessons.”

“I had set a REALLY low bar for this, but somehow this still went under it.”

“Anyone have a rusty melon baller? Scoop out my eyes. Jaysus. I can smell how bad it is.”

“Thought I stepped in a big old mango sized pile of dog shit this morning. Turns out it was just Rob Zombie’s Munsters trailer.”

“Like farting in an elevator full of people but undetected until you were out the door on their descent.”

“This is going to be Rob’s crowning achievement of dumpster fires.”

“Rob, you had my curiosity… but now you have my disappointment.”

Though I didn’t keep an exact count, it sort of felt like for every 10 comments bashing the trailer, there was one loyal Zombie fan saying they were looking forward to seeing The Munsters.

So here is the trailer, in all its glory so you can decide for yourself. But you may want to secure a rusty melon-baller first…

Rob Zombie’s The Munsters doesn’t have an exact release date yet, other than “Halloween 2022.

Speaking as someone who saw Munster, Go Home in the theater in 1966 (thanks, Mom!) I can say that Fred Gwynne, Yvonne De Carlo, and Al Lewis should claw their way out of their graves and pay a visit to Mr. Zombie, and chastise him unmercifully.

TPark, trust you cause me to snort my coffee out my nose this morning. Classic.

The Adams family show was, although not great. much better written than The Munsters was. The Munsters was right down there with such awful shows as F Troop and McHale’s Navy. Rob Zombie’s early movies were pulp fun. His later ones not so much. On the downside he continues to cast his no talent wife in all his films. I have zero interest in The Munsters.

I’ll grant you that the Addams Family was the better written show, but the Munsters had Fred Gwynne and Al Lewis, terrific comic performers and both veterans of Car 54, Where Are You, one of the greatest of sitcoms. I also have a very soft spot (maybe in my head) for F Troop, if only because of the wonderful Larry Storch, who we lost just a few days ago at the age of 99.

All of these shows were “point in time” pieces; and though perhaps not the best writing, acting, etc by today’s standards, they do hold up with modern audiences. Every show I attend has vendors selling merch from both The Munsters and Addams Family. Zombie’s version isn’t even good enough to fall in the “so bad its good” category that might eventually make this a cult classic.

Oh if Sheri Moon was the only problem…

Allow me to weigh in, in support of Sheri Moon.

I’m not a Rob Zombie aficionado. I’ve seen THE LORDS OF SALEM and his take on HALLOWEEN. At the time I saw both films I had no idea Sheri Moon was his wife, and I thought she was a highlight of both pics. In fact, she was the only reason I kept watching THE LORDS OF SALEM… that picture was a mess, but her performance carried me through it.

You have always been way nicer than me…

This was greenlit and approved by the direct-to-video dept. at Universal. When you are at wall mart and you see the bargain bin with sequels you’ve never heard of, this is those people. Quality looks on par for American Pie 5 and Kindergarden cop 2, as this is the department that makes cheap movies so the rights (and residuals) don’t revert to the original writers.

We are in Corporate Hell.

JM, that comment is so entertaining, I dearly wish I had written it. Truth.

Typo in the title and text, “Musters” instead of “Munsters”

Bill, you’re my hero. Thank you for catching that!

The real mistake here was dissing Butch Patrick. That’s one dude you don’t want to cross.

I would never! I spent a very pleasant evening hanging out with him at a local even a few years back. He bought beers and his wife was a treat. Mr. Patrick is fabulous.

Rob Zombie posted this on his official FB page today:

How the hell did everyone get the idea that The Munsters cost 40 millions dollars? Fuck, I wish I had that kind of budget.
To put a little perspective on it all if you add up the budgets of Halloween 2, The Lords of Salem, 31, 3 From Hell and The Munsters all together it wouldn’t even add up to 30 million.
Also the movie was never going to theaters or Peacock or Paramount. It was always being made for Netflix which is fine since it is the largest of the streaming services. This was done way before I ever got involved in the project. I have no control or say over this type of stuff. This is a Universal deal.
But the internet loves to invent rumors which somehow turns to facts so the fans can get all bend out of shape.
None of this actually matters but thought you might like the real story.
RZ