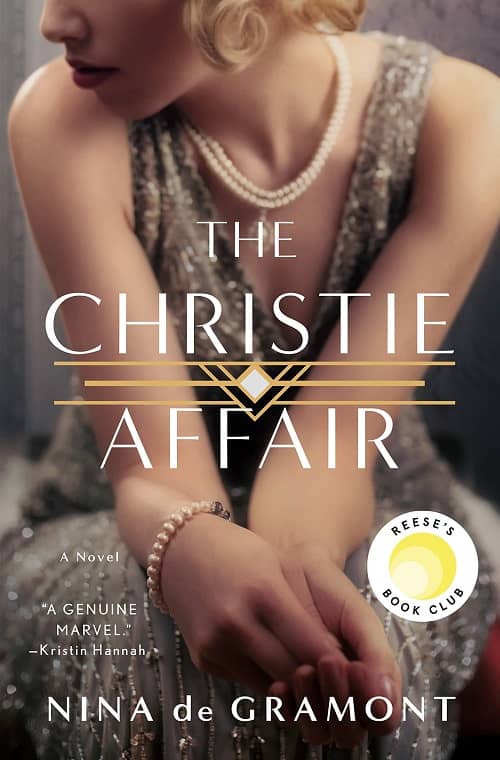 Back in grade school, in an attempt to put some “normal” into my interests, my parents had me taking piano lessons. I believe the goal was to get my nose out of books as I spent every available moment in the most secluded spots I could find, tucked in with reading material considered wholly unsuitable for a fourth-grade girl (i.e., Logan’s Run, Childhood’s End, and a large variety of horror comics). Though the elderly teacher who came to the house every Thursday failed to instill in me very much in the way of talent on the keyboard, she couldn’t help but notice that I first had to put down my book before sitting down at the piano. In an attempt to engage me one Thursday, Mrs. Wall brought me her paperback copy of Death on the Nile by Agatha Christie.

Since then, more time has passed than I can to count, and I don’t remember anything about how to play the piano, though I went on to take lessons for another six years. However, I clearly remember sitting on the bench beside Mrs. Wall, discussing the latest Christie novel I had just finished. After Death on the Nile, my weekly walks to the public library were a mission to check out and devour every single book by Agatha Christie. As an adult, I amassed a complete collection of her work for my own library, in addition to visiting many of the places she wrote about and seeing the plays based on her stories.

I was and am and huge Christie fan, and I’m clearly not alone. 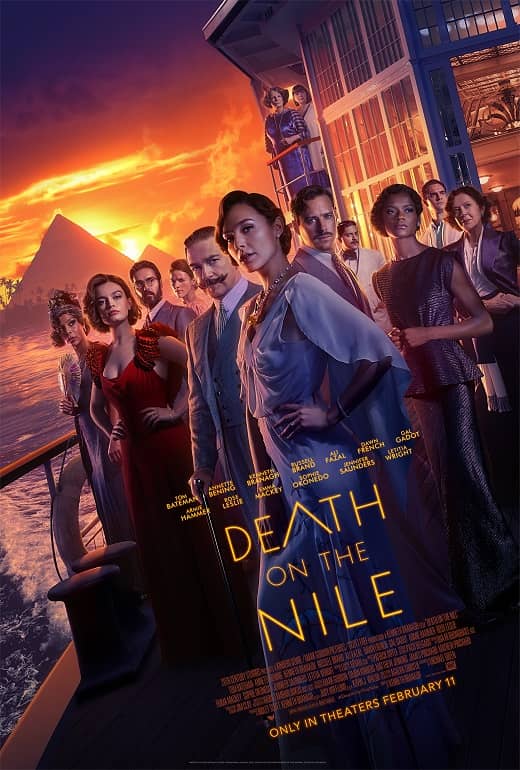 The Guinness World Records lists Christie as the best-selling fiction writer of all time, her novels having sold more than two billion copies in 44 languages worldwide. Christie’s play The Mousetrap (1952), set a world record for the longest continuous run at one theatre (8,862 performances over more than 21 years, at the Ambassadors Theatre, London). In 1974 the play moved to St Martin’s Theatre, where it continued without a break until the COVID-19 pandemic closed theatres in 2020, by which time it had surpassed 28,200 performances. Due to the enormity of her success, Christie was created a Dame Commander of the Order of the British Empire in 1971, before passing away at aged 81 in January 1976.

Forty-five of her 75 works have been turned into movies, including the current iteration of Death on the Nile starring Gal Gadot; a third installment directed and starred-in by another Christie super-fan Kenneth Branagh. 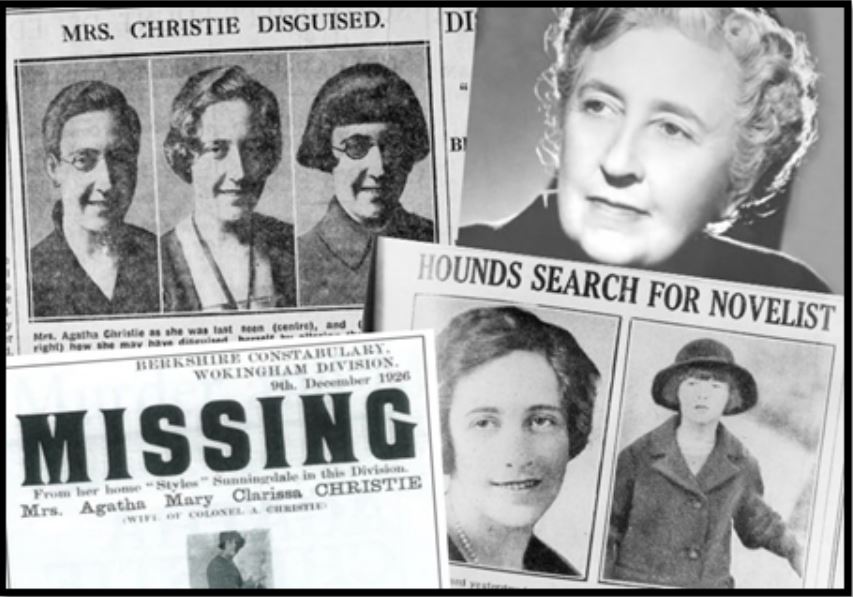 But one of the most enduring mysteries for Christie’s fans was not written by her, but occurred in her real life. In 1926 Christie’s mother died, and her husband, Colonel Archibald Christie, requested a divorce. In a move she never fully explained, Christie disappeared and, after several highly publicized days, was discovered registered in a hotel under the name of the woman her husband wished to marry. Armchair detectives all over the world (including me) have combed through her works, interviews and autobiography looking for clues to those 11 days during which Christie’s car was found abandoned along with her purse and fur coat. According to Colonel Christie, his wife did not draw on any of their bank accounts and did not leave the house with any other possessions. However, workers at the swanky spa hotel describe their mysterious visitor as well dressed and a “proper lady” during her stay.

In 1979 a fictional explanation was put forth for the 11 days Christie was missing, in the form of the movie Agatha, starring Vanessa Redgrave and Dustin Hoffman. Which brings me to the point of all this information.

The Christie Affair is new novel by Nina de Gramont (St. Martin’s Press), which takes another fictional look at what could have happened when Agatha Christie drove away from her estate that December day in 1926. I was saving this one to read on a recent plane trip, and given my long admiration of all things Christie, was hoping it would not disappoint.

In 1925, Miss Nan O’Dea infiltrated the wealthy, rarefied world of author Agatha Christie and her husband, Archie. In every way, she became a part of their life –– first, both Christies. Then, just Archie. Soon, Nan became Archie’s mistress, luring him away from his devoted wife, desperate to marry him. Nan’s plot didn’t begin the day she met Archie and Agatha.

It began decades before, in Ireland, when Nan was a young girl. She and the man she loved were a star-crossed couple who were destined to be together –– until the Great War, a pandemic, and shameful secrets tore them apart. Then acts of unspeakable cruelty kept them separated.

What drives someone to murder? What will someone do in the name of love? What kind of crime can someone never forgive?

The Christie Affair tells Agatha’s story from the perspective of her husband’s mistress. I wasn’t sure I was going to like that given the press of the time painted Colonel Christie’s actual mistress, Miss Nancy Neele, as a romantic adventurer who stole another woman’s husband. However, Gramont’s character Nancy (Nan) O’Dea is a wholly different type of person and the tale of how her life becomes entangled with Mrs. Christie’s is one filled with suspense, mystery and of course murder – not to mention one heck of a twist ending worthy of Dame Agatha herself. 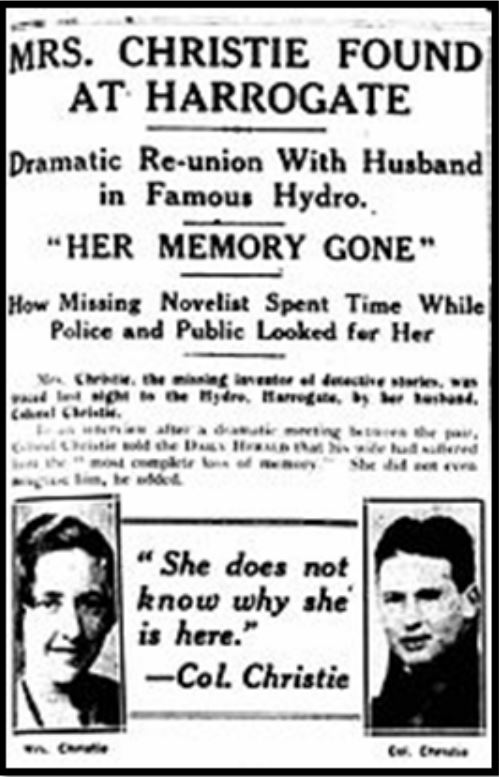 Whether or not you’ve ever read any of Christie’s work, the information I have shared here is enough background to thoroughly enjoy this very creative and riveting story about the lengths humans will go for their heart’s desire.

The Christie Affair is available now in all formats. Kenneth Branagh’s Death on the Nile is in theaters now, and available for streaming on Disney+ and HBO Max in April.

i will crib something i heard on a tv show or podcast cant remember, that “Agatha Christie is the queen of mystery. i learned all the twist formulas of mystery from her. maybe some did it before or something, but my teacher was Christie” i think this was on B Sandersons podcast he does. my grandmother, who is gone now, LOVED mystery, i have never met anyone more into mystery, that read more mystery or watched more mystery than her, and she showed me Christie early on, much llke your teacher, and i would seek it out. imagine a nerdy 13 year old asking for not the hardy boys or something similar, but to watch the classic Orient Express again, hahaha. she got me into Hitchcock, and man, i just… she got me into the Adam West batman! for something out of left field. still solving mysteries. she used to get the old radio mysteries on tape then CD, it was a great time to be in my formative years.

i rather enjoy the Branagh takes even though people seem to be poopooing this newer one, i still need to catch it. i am so glad Knives Out did well because i thought maybe it would throw us into a new hayday of good murder mystery movies, but alas i dont think it is to be… i will savor the ones we get though.

EDIT to add Branagh as Wallander was also incredible. i will have to check this book out, and the Hoffman movie i never saw that.

Dante, that is a great story in itself: a Batman-loving granny. Also, you’re the only other person I have ever come across who loved Christie at that age. You are always welcome in my subterranean offices at BG.

Did you know last year, LA Theater Works did a brand new radio play of ‘Murder on the Links?’ Alfred Molina was Poirot (better than in his movie), and Simon Helberg did a nice job as Hastings.

I got it on Audible earlier this week. I’m still digesting it, but it’s definitely worth a listen.

Mr. Byrne, thank you so much for the kind words and for the DM on this as well. I am definitely going to seek out “Murder on the Links” on audible.

Side note: the closest I ever got to Christie personally was during my first trip to London in 1988 when her wax figure was still prominently displayed at Madame Tussaud’s. She had sat for the sculpting in real life so the result was an incredibly realistic representation of her at 79 years old. I must have shot half a role of film on her figure, but it never said a word to me…

I’ve never read a word of Christie; Raymond Chandler was my “gateway drug” for the mystery genre, and he was so dismissive of Dame Agatha (in his essay “The Simple Art of Murder”) that I could never take her seriously. (Edmund Wilson also didn’t help – I think his essay trashing virtually the whole genre was titled, “Who Cares Who Killed Roger Ackroyd?”) I’ve been reconsidering that recently, though, and may take the Christie plunge.

Billy Wilder, who worked with Chandler on the script of Double Indemnity and directed the film of Christie’s Witness for the Prosecution said that if one single write could combine Christie’s brilliant plotting with Chandler’s character sense/style/dialogue, that person would be the greatest mystery writer ever.

I have not read all of Ms. Christie’s novels and collections, but I have consumed quite a few. My favorite reading memory was a snowy day in elementary school, with classes cancelled but us early arrivals left to our own devices till dismissal. I settled into a quiet classroom, lights off, snowflakes swirling outside the windows, with my copy of Murder on the Orient Express. Nice correspondence of Life and Art, that.