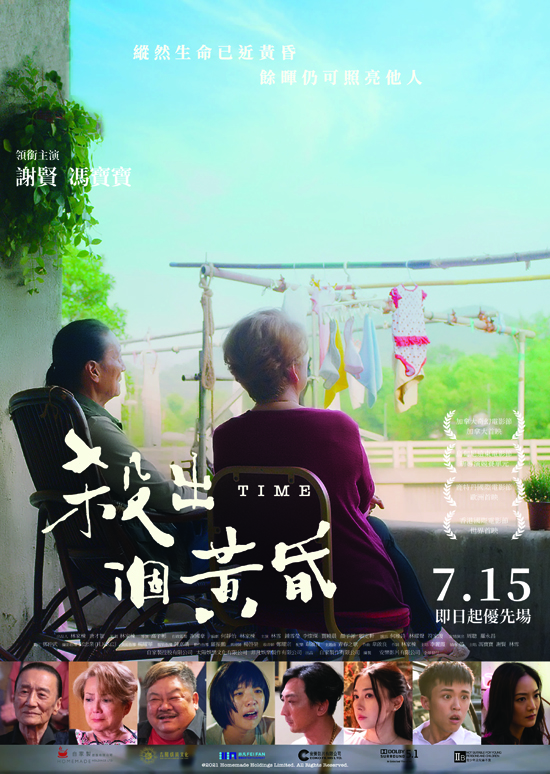 Out of Hong Kong comes Time (殺出個黃昏, Shā chū gè huánghūn), a film by Ricky Ko about a trio of elderly assassins. Written by Ching Yi Ho and Ka Tung Lam, it’s a character-based drama far more than it is an action movie, though it does start and end with action scenes. It’s also a showcase for some veteran Hong Kong actors, notably Petrina Fung Bo Bo (who the Fantasia program notes tell me was known as “the Shirley Temple of Hong Kong”) and 1950s movie star Patrick Tse; as the title hints, the film is a story about the progress of time and the situation of the elderly.

Decades ago, Chau (Tse), Fong (Fung), and Chung (Suet Lam) were a team of assassins for hire. As the film begins, Fong’s decided to get the band back together. She’s found a new business opportunity: providing quick merciful deaths to the elderly in Hong Kong who have decided to end their lives in a world that they feel has no more place for them. Chau, the martial-artist and knife expert who does the actual killings, is at first repulsed but soon decides that it’s for the best that he provide clean ends for people who will kill themselves one way or another. But then the group’s contacted by a 16-year-old, Tze Ying (Suet-Ying Chung), who sees no future for herself and so is determined to hire their services.

Chau ends up taking her under his wing, only to find out that she has very real problems. Meanwhile, Fong’s son and daughter-in-law are scheming against her. And Chung’s lost his heart to a prostitute (Belinda Yan Zi-fei) who appreciates him as a client but has no desire for a non-professional relationship. These stories weave around each other, making for an elegant plot that shows us the leads as a group and as individuals. 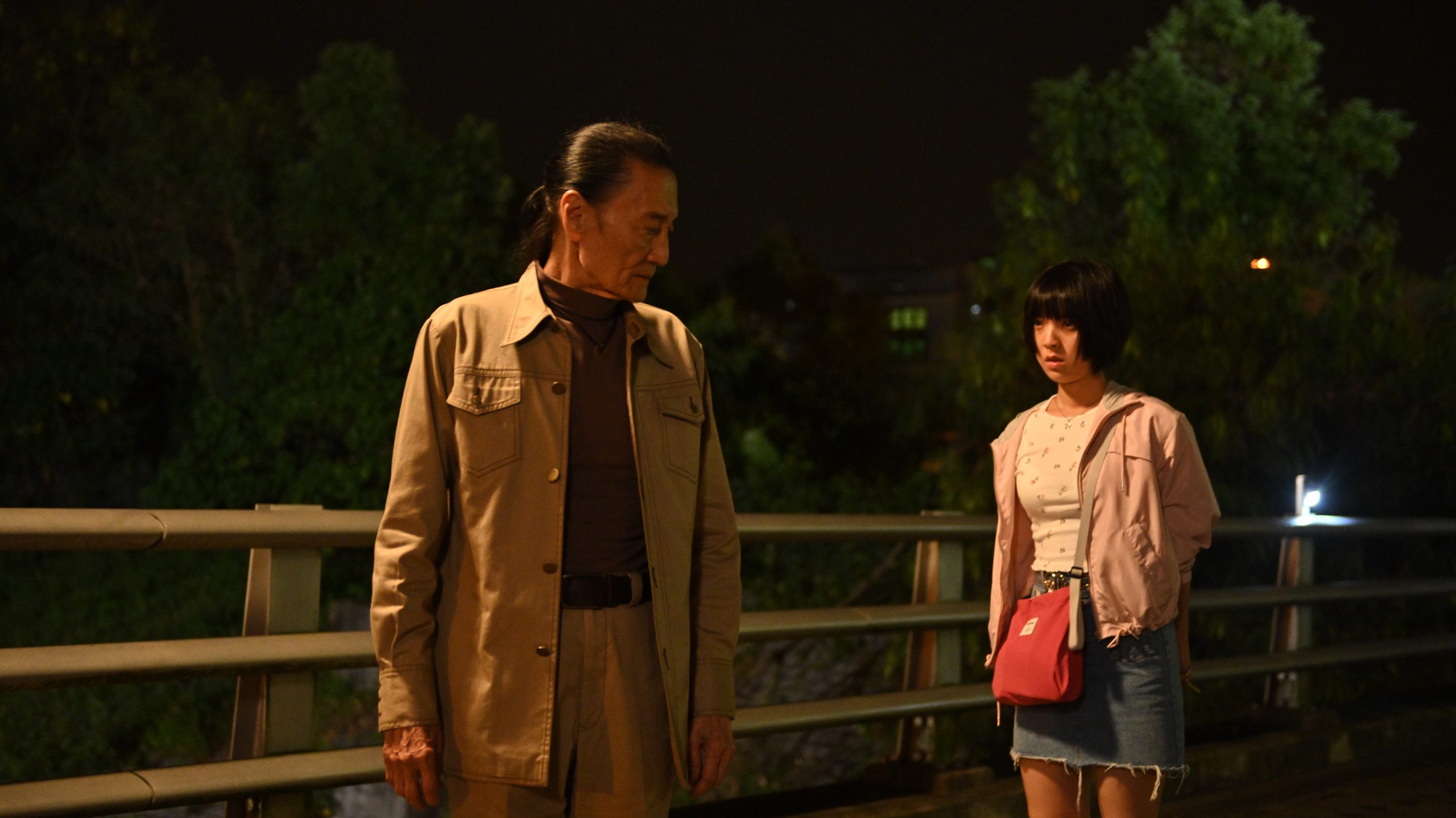 The focus is on the three of them as people, not as killers. The film’s actually surprisingly slow in parts; scenes aim at realism, in writing and performance. This mostly works well, as the script’s laconic but well-observed, and the veteran cast underplay their roles well. Even Suet Lam’s more overtly comedic character has some pathos in his life, and Lam does a very good job of showing how Chung presents different sides of himself to his whore and to his friends. Tse, meanwhile, turns in a great straight-faced performance, dominating the screen with a presence that is both ominous and sympathetic. There’s a stillness to him that turns every minor twitch of his face into an important statement, and he has an ability to go from being a skinny old man to a grim harbinger of death with a sight chance of stance. Suet-Ying Chung’s presence beside him is a lovely contrast just because she’s active and young and emotes in a way utterly unlike Tse’s Chau.

There’s an intergenerational aspect to each of the three main plots of the film — the old friends each in their separate ways must deal with younger people and with the reality of time. It works, because the relationships bring out different aspects of the characters than we see when the three of them get together. And that works because the characters are conceived well and played well. 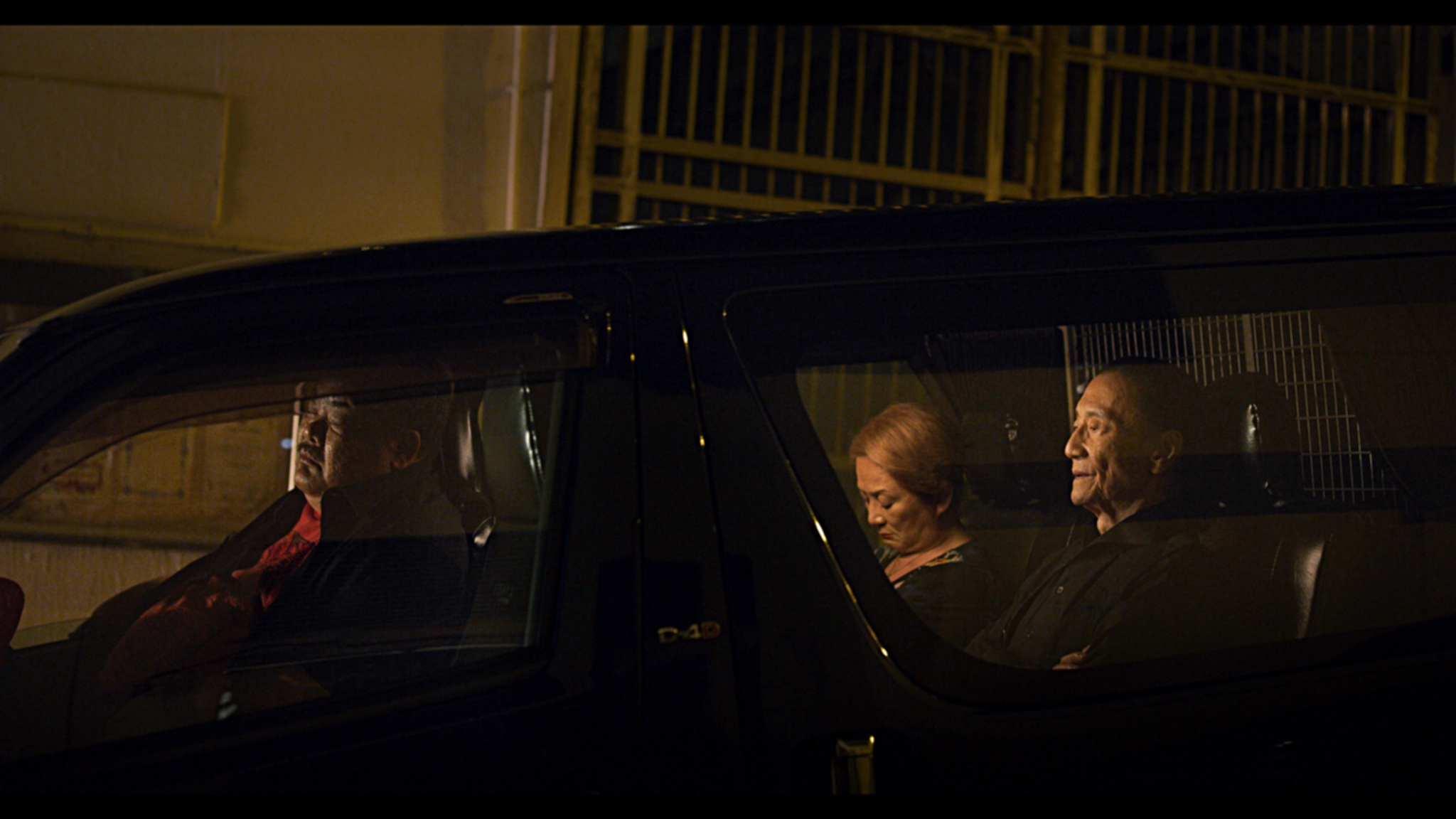 It also works because of a sense of high stakes always present. By ‘high stakes’ I do not mean a threat to life and limb, much less some kind of evil scheme to be thwarted. I mean that the stakes for the characters are clear and significant. We understand how much Chau comes to feel for Tze Ying, or how Fong’s torn up in dealing with her family. These things matter to the characters, and so drive the drama — because we empathise with the elderly assassins.

At the same time, there’s a real darkness to the film that sometimes emerges onscreen and sometimes remains subtextual. The movie doesn’t shirk from showing the tragedy of the assisted-suicide killings, which is a good choice. And almost as an extension of that it shows the age of the main characters, not necessarily in the form of physical decline, but as people who grew up in a different environment and now remain a little baffled and more-or-less marginalised in a future they didn’t expect. They know they’re not so different from the people they contract to kill, and the film has an eye on the overall state of society — how people on the edges are kept at the edges, whether because they’re elderly, or because, like Tze Ying, they’re young and poor. That is: there’s an overall indictment of society insofar as society encourages people to live in a cold and uncaring manner. 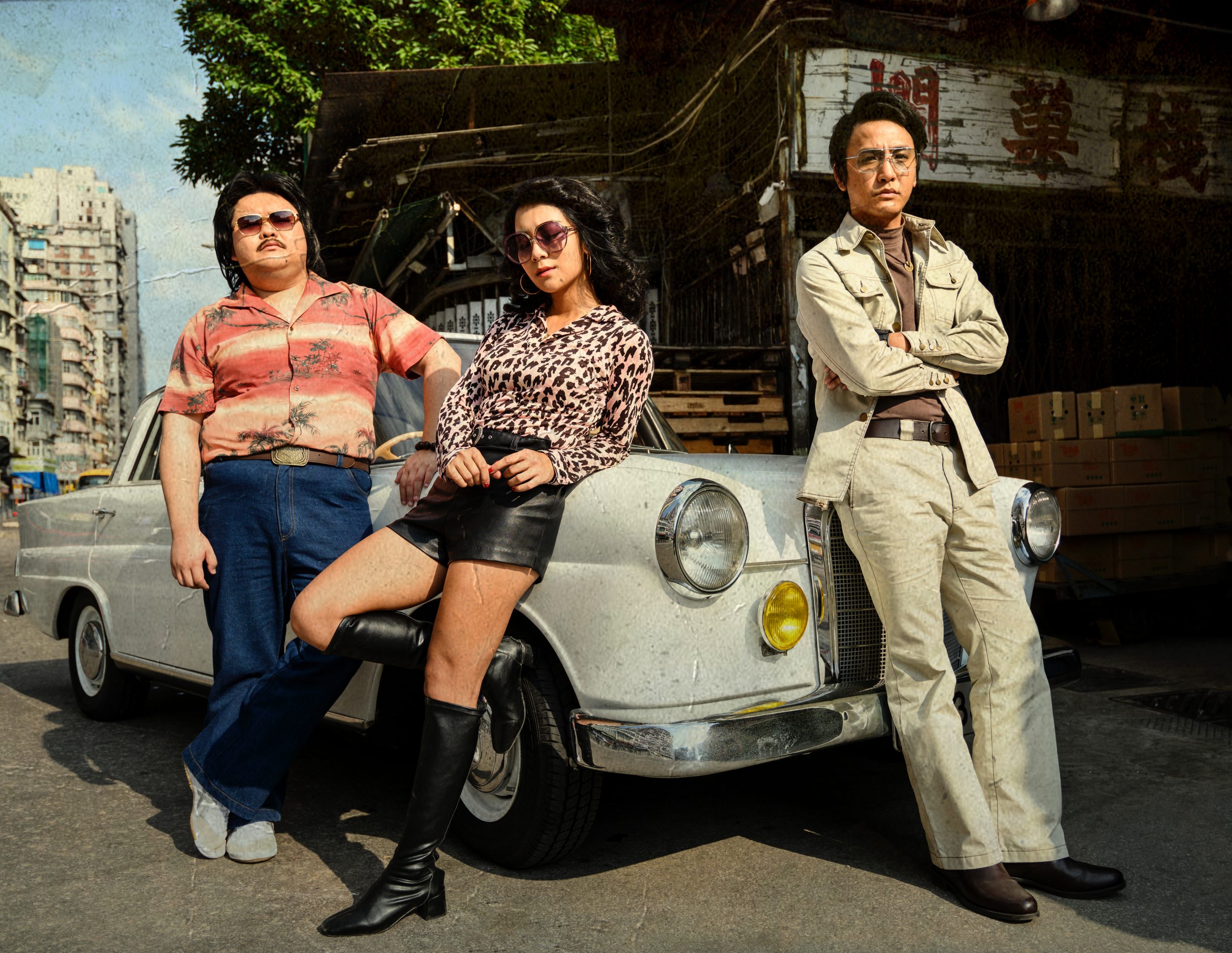 This comes out in the separate stories of the assassins, but the structure of the movie’s quite effective narratively as well; the subplots bring them together and show them apart and show them splitting up before they must reunite for a big finish. It’s an approach that lends itself to depicting a world full of stories — not just the assassins have stories, but so do the people around them, and the people they come in contact with, and the people whose lives they end. And all these stories affect each other; and we see how some of the people in these stories can become forced to the margins by people more concerned with the stories they personally happen to lead. And so the film’s solid plot structure reflects its themes.

It’s not a perfect movie; movies rarely are. There’s comedy in the film, and if it’s sometimes effectively dark it’s also sometimes muted in a way that blunts its impact. A part of Tze Ying’s subplot, involving an ex-boyfriend, feels like something that belongs in a simpler movie. Worse is the climax. It’s cartoony, taking place in a setting that’s oddly grim (to the point if I wondered if it was supposed to be a character’s subjective point-of-view; but I couldn’t see how that would work in the scene as it played out). And the characters are flattened a bit. It’s a conclusion that’s symbolically right, and ties up the plot neatly, but is blunter than the rest of the movie. 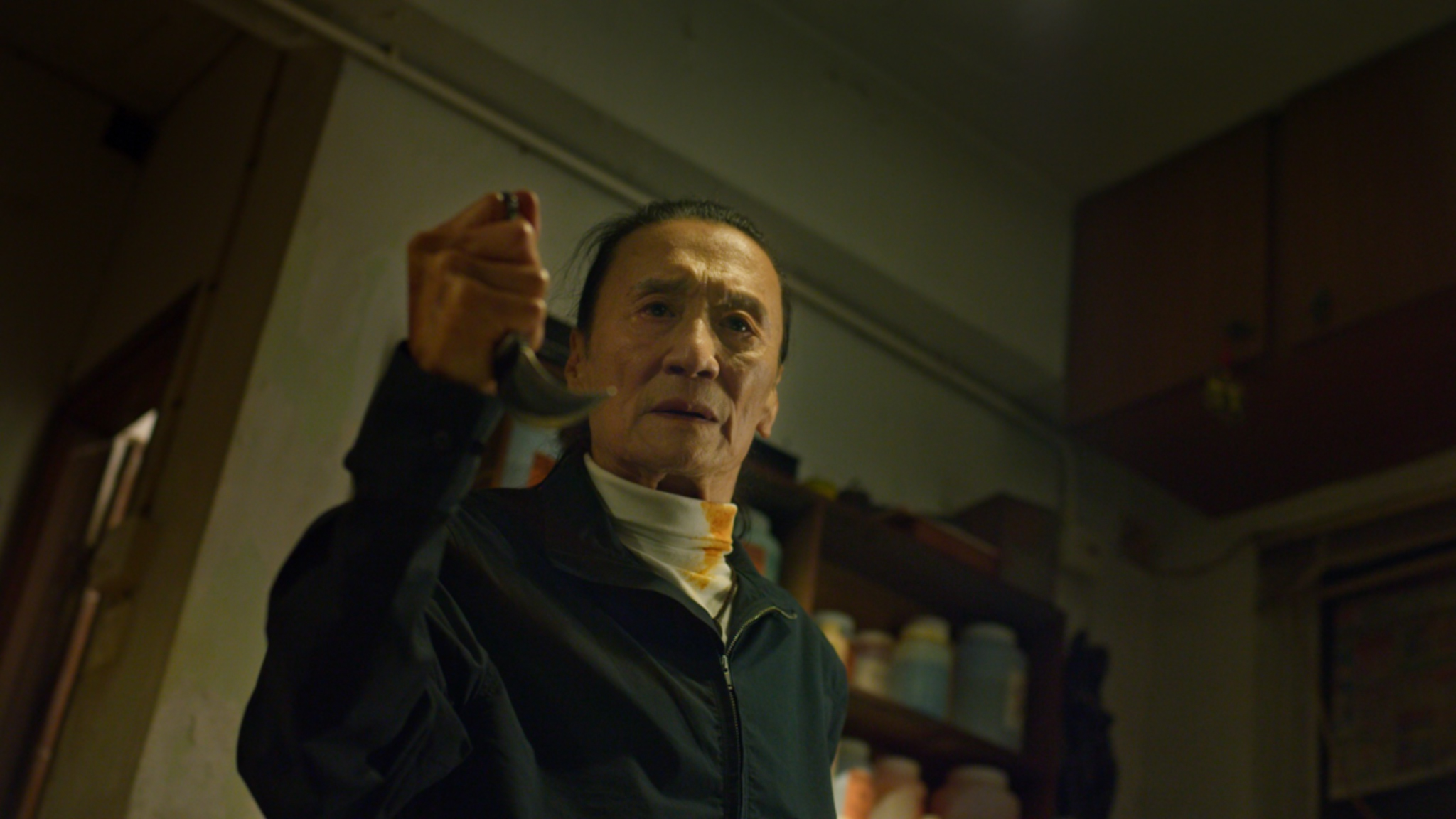 Still, these are relatively minor issues. In general Time is a work of considerable thought and integrity. It’s sometimes slow-moving, but the characters effectively carry the film, and the story is not just logical but fits with what it wants to say. There’s cleverness here, but also heart.