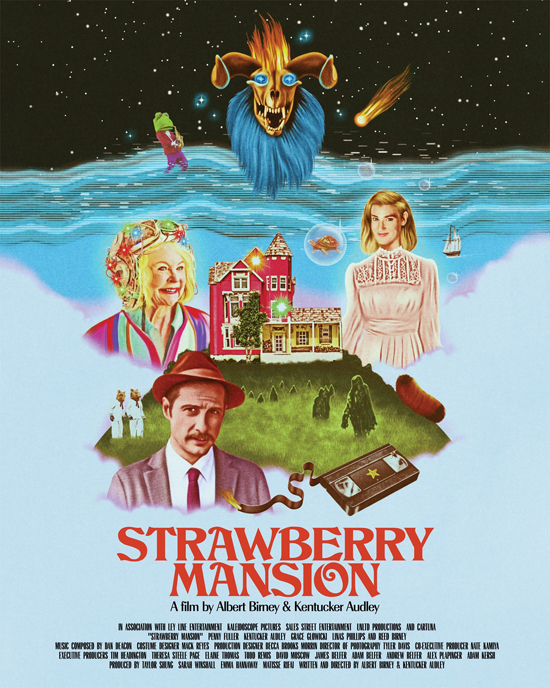 “Ghost Dogs” is an animated short film from Joe Cappa, who directed and co-wrote the script with J.W. Hallford. It’s a fine 11-minute piece about a dog exploring his new home and finding more than he understands. There’s no dialogue, being entirely from the perspective of the dog wandering about the not-quite empty house, and the movie gets some fine effects by having him uncover things that mean nothing to him but tell human viewers quite a bit. The 2D animation has a style that gets across both weird humour and moments of horror. It’s a strange movie, and a very good one, macabre and satisfying.

With the short was bundled the feature film Strawberry Mansions. It is a deeply weird work from the writer-director team of Kentucker Audley and Albert Birney, in which Audley also stars as James Prebble. Prebble works for the government auditing dreams, and one day he wakes from a dream filled with suspicious friends and product placement and goes to audit the long-unlooked-at dreams of an old lady named Arabella Isadora (Penny Fuller). He sets to work, reviewing dreams as far back as the 1980s, and finds himself falling in love. Complications ensue, including time loops, objects falling out of the sky, an unexpected death, a plot to manipulate dreams, and an endless trove of metamorphoses. 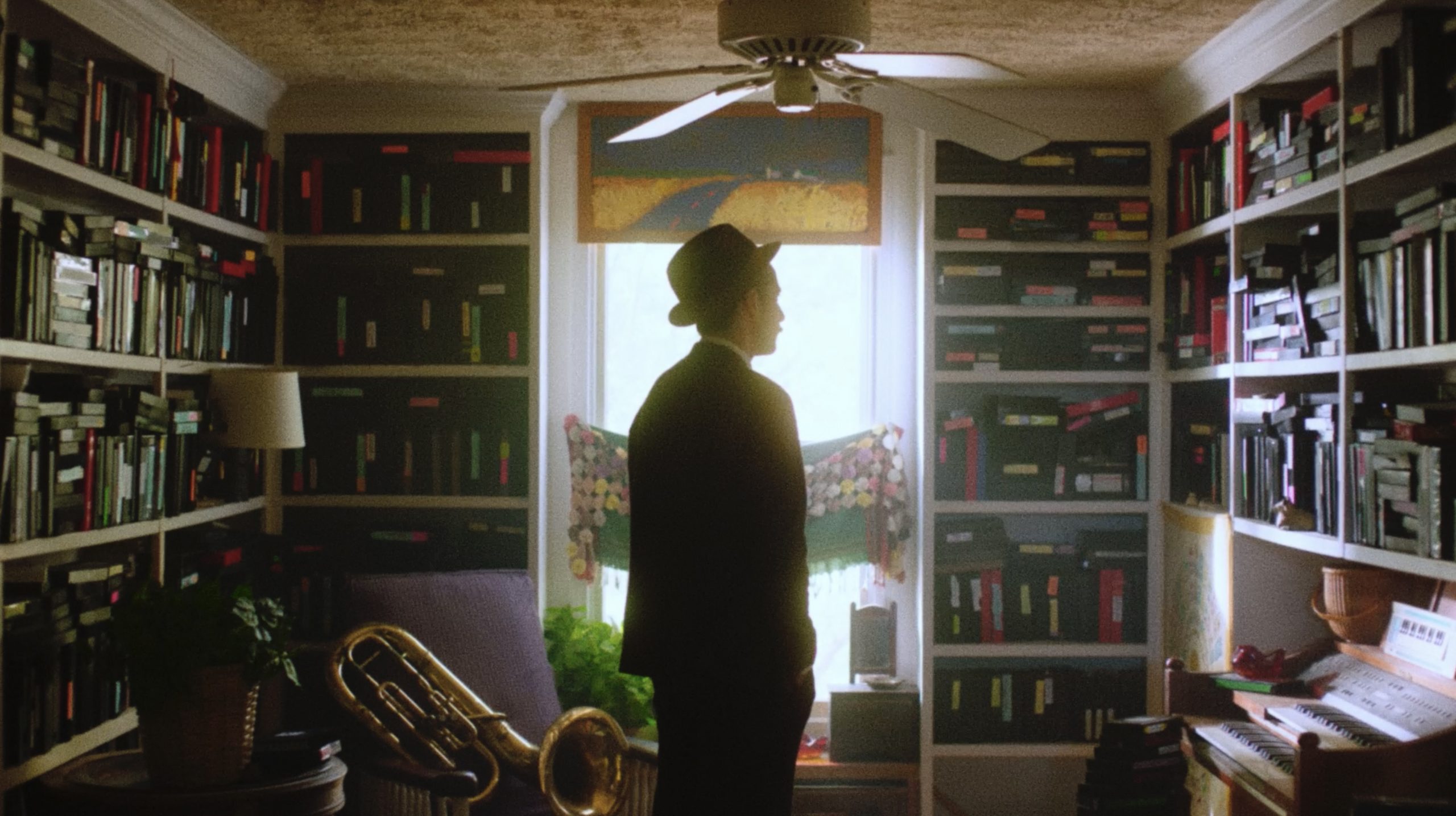 The important thing to understand about this movie, I think, is the feel. It at least looks like it’s been shot on film (it was actually shot digitally and then transferred to 16mm stock), and that slightly archaic sense heightens the surreal oddity of the production design and general aesthetic. This is a story about dreams, and dreams are not only important to its structure but also a kind of template for how the structure works: things keep changing into other things when you least expect it, and new elements and genres creep into the film when you don’t expect them.

The plot and the temporal mechanics don’t quite line up, but I think that’s deliberate. Things are close enough to each other that you can see how they could have been logically connected with a line here, a half-line there. I think the point of the movie is that sometimes that’s unnecessary. The success of the movie is that you agree with this assessment. It’s not just that the film’s sweet, and not just that it’s visually appealing with its supercharged colour palette, but that the structure of the main character venturing through protean landscapes of weirdness effectively reminds us of dreams which maybe don’t entirely make logical sense but feel like coherent narratives. 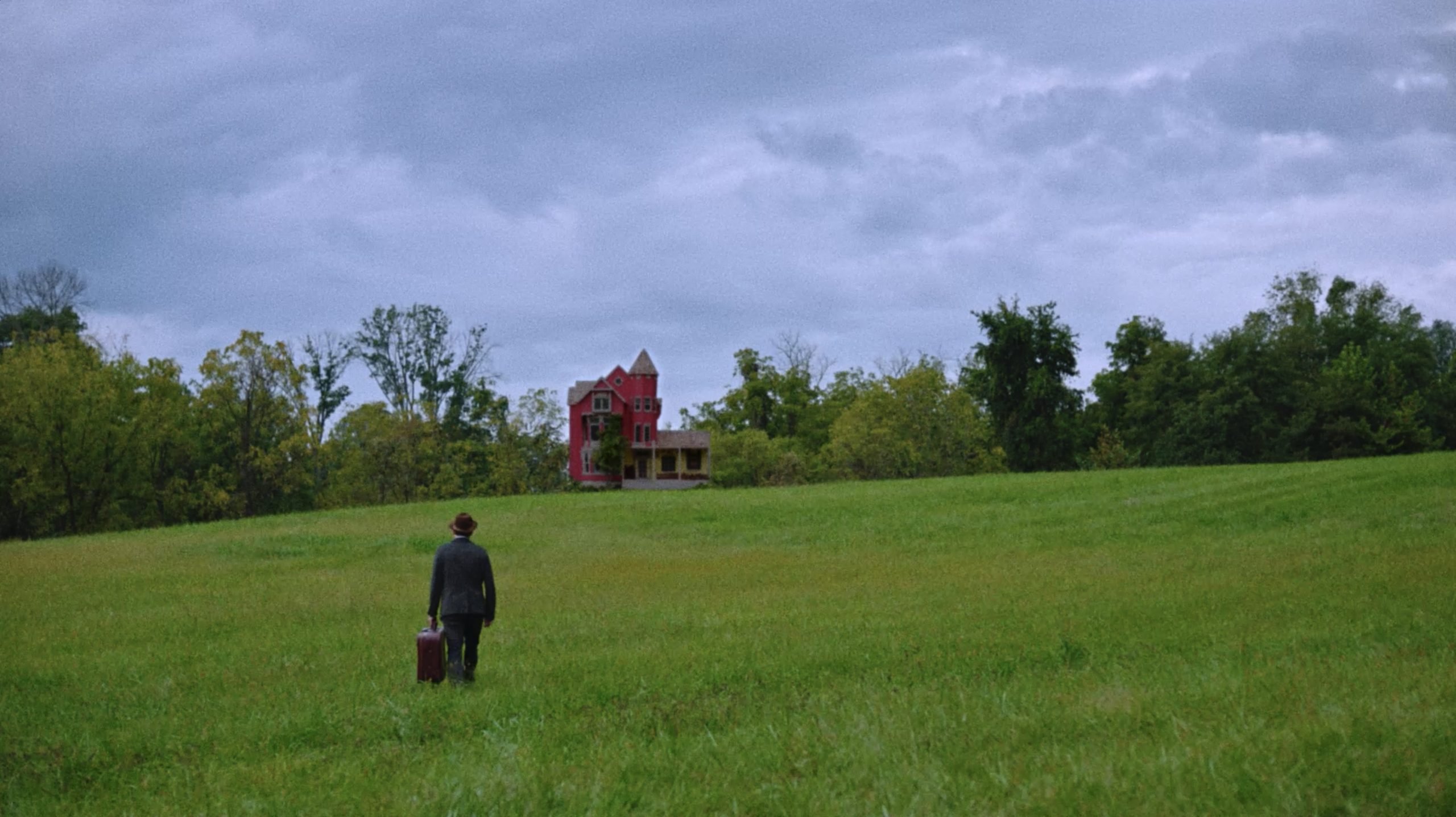 As such, the movie’s almost impossible to explain. You can point to influences: there’s a very Terry Gilliam feel here. David Lynch, in his sunnier moods. But also I think a little bit of Jim Henson, in the way that you never quite knew what bits of scenery in The Muppet Show were inanimate and which were alive, and which creatures were animals and which acted quite a lot like humans. If that sounds like an improbable mix of directors, you begin to see how distinctive this film is.

The movie starts out surreal and builds its weirdness as it goes on, layering in plot points and imagery that end up building worlds in strange ways. Things that you don’t expect to recur do, and things that look like they could be major elements of the story don’t. It’s a tale that marches to its own drummer, and has to in order to work. There are a couple of conventional elements, notably a scheme to control people’s dreams, but even those don’t really provide the structure of the film. 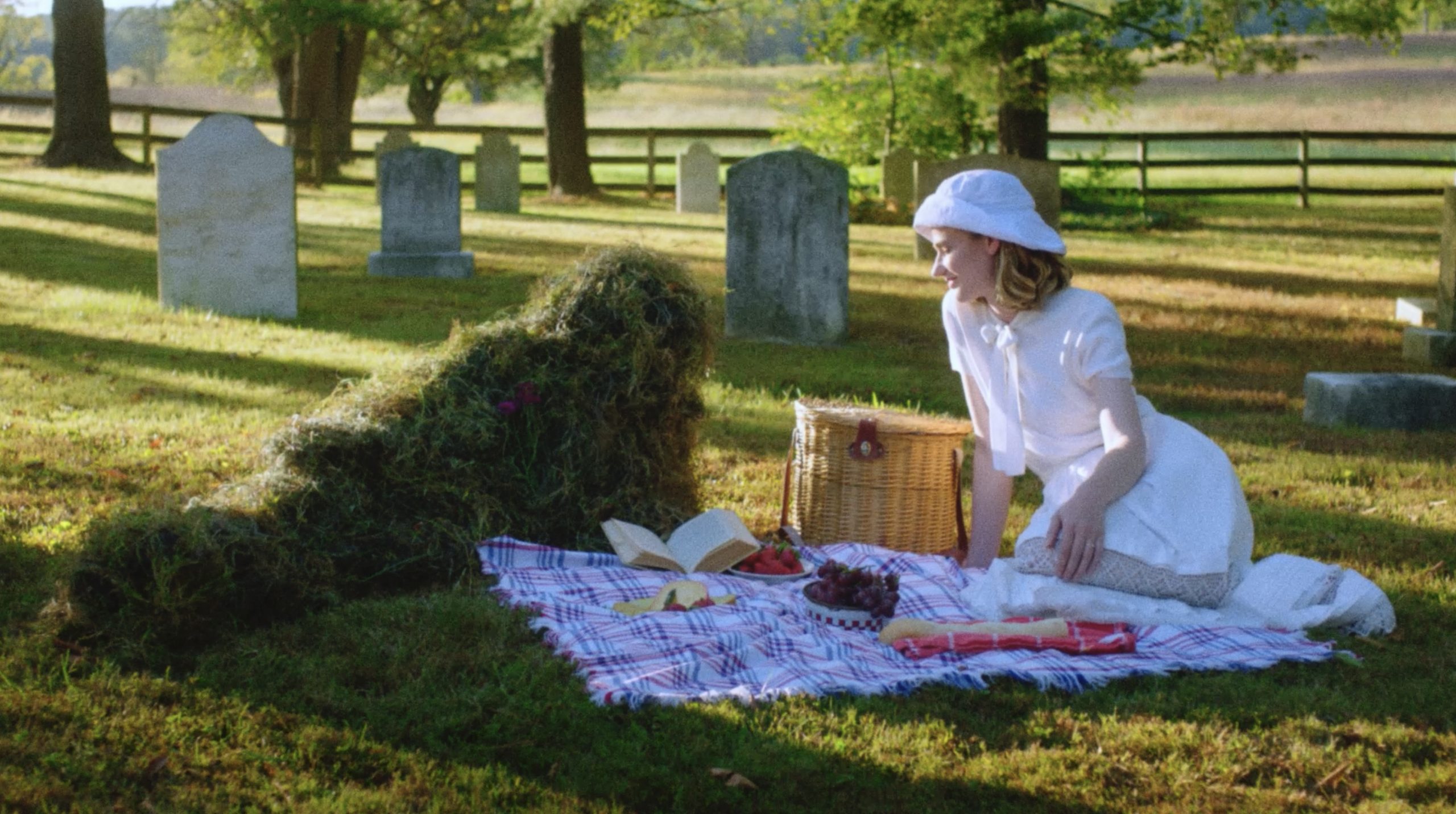 At heart this is a desperately sweet love story. It’s also a sort of quest for personal growth. Prebble starts the film as a buttoned-down bureaucrat, and it’s no surprise that he has to become stranger himself to get anywhere in a deeply strange situation. Audley does a good job of making that growth feel credible, something implicit in Prebble early on and something that grows out of him as he ventures out on strange seas of dream with talking mice for a crew.

It’s worth noting that even the ‘everyday’ world in which Prebble starts the film is a strange place. It’s just strange in a way that’s easier to parse; a retrofuturist world, in which dreams have been recorded on videotape for decades. In this case that choice makes the point that there’s something dreamlike even in conventional reality: the world we live in is not the only one that might have been, and the things we accept without thinking about them are in many cases as weird as anything in a dream. 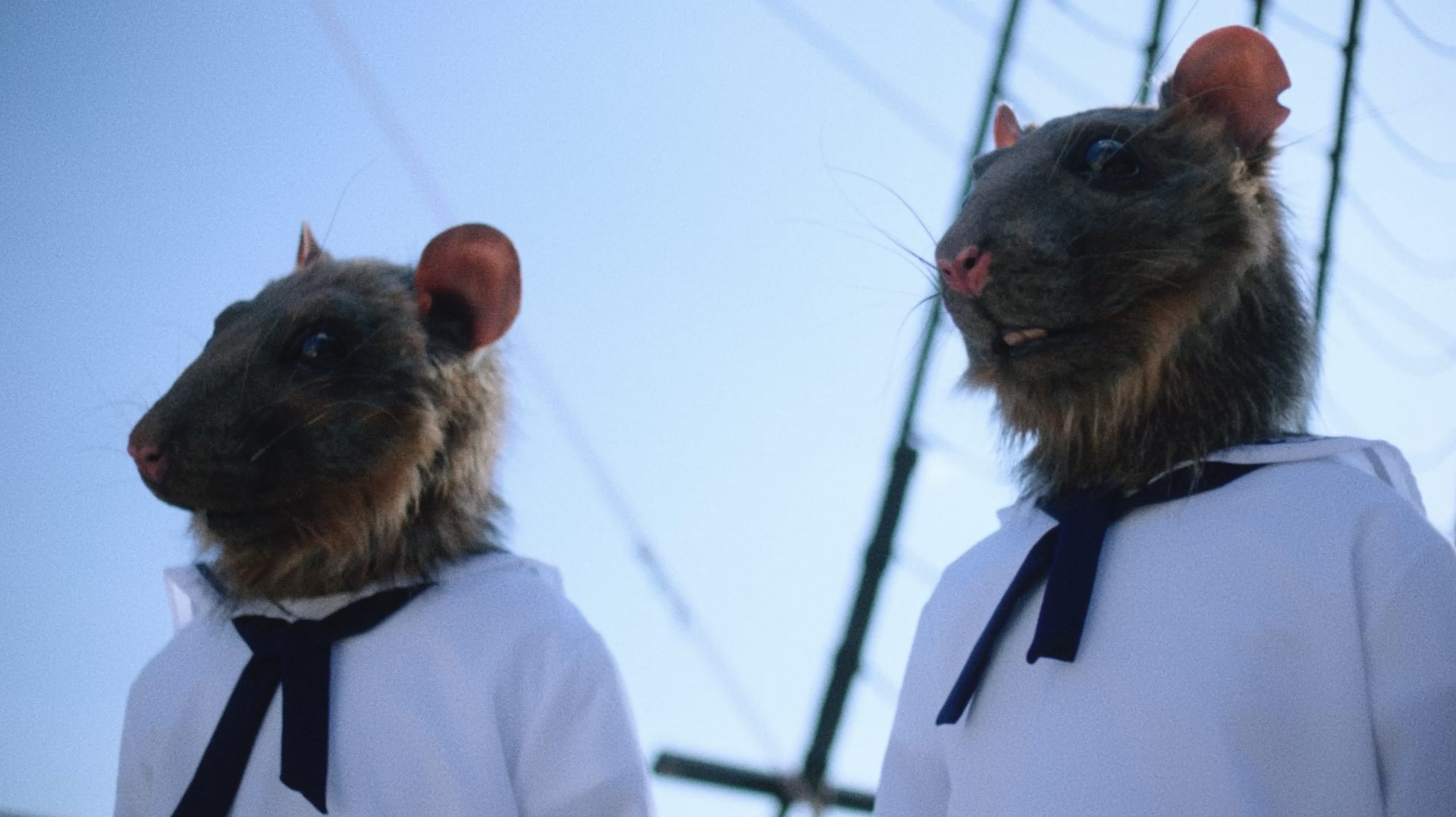 But then it’s not long before Prebble’s drawn into the dreamscape, and some words must be said about Audrey and Birney’s visual imagination. They can’t have had a huge budget, but they make the dreams Prebble finds feel expansive and even sumptuous. You believe anything can happen, and yet are surprised at all the things that do. The movie’s got a knack for capturing the dreamlike feeling of metamorphosis, the way things can shift from being one thing into being something else that they always have been. It’s a nice trick to pull off.

At the same time, the film manages to avoid the directionlessness that sometimes emerges when people try to recount their dreams. Sure, anything can happen. But the things that happen are the right things to let Prebble’s character shine, as he tries to interact with the weirdness around him. The love-story plot has the practical effect of giving him a big bright primary-coloured emotion to pull him through the big bright primary-coloured dreamlands, and the moments of violence and criminality that he occasionally finds create just enough of a sense of danger to build narrative tension. 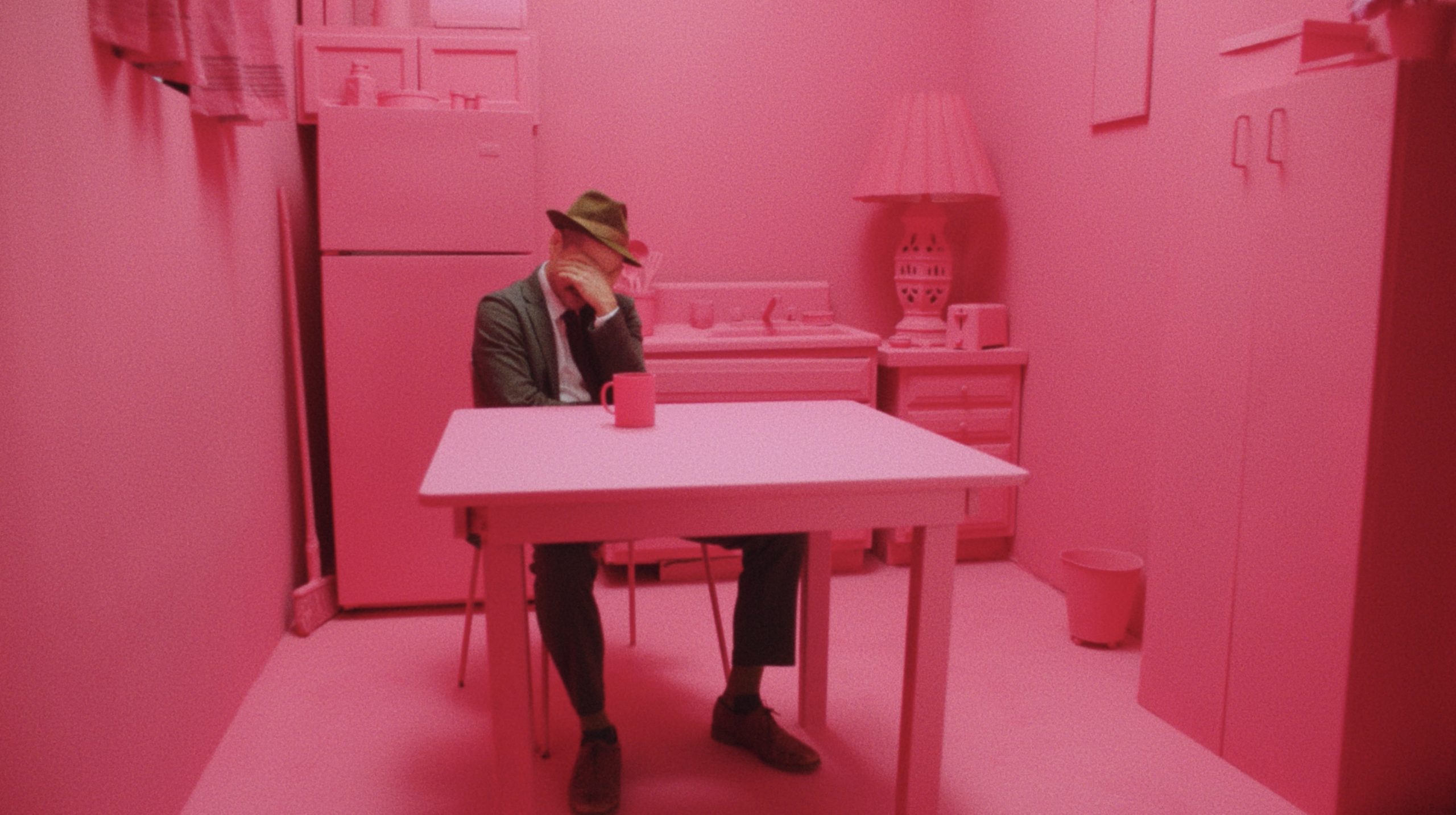 There are so many ways this movie could have gone wrong, and yet it comes off as effortlessly sure-footed. Among other things, it does lovely understated things with genre. It’s a fantasy that uses some trappings of science-fiction in just the way both genres occasionally use the trappings of reality: as texture. But to say that risks blunting the weirdness of the tale; it’s important to understand it’s fantasy in the tradition of surrealists like Leonora Carrington. It’s difficult to make something so weird work out at the length of a feature film or a novel, but then Carrington was able to do it, and so here Audley and Birney. Strawberry Mansion is a warm, lovely piece of work.