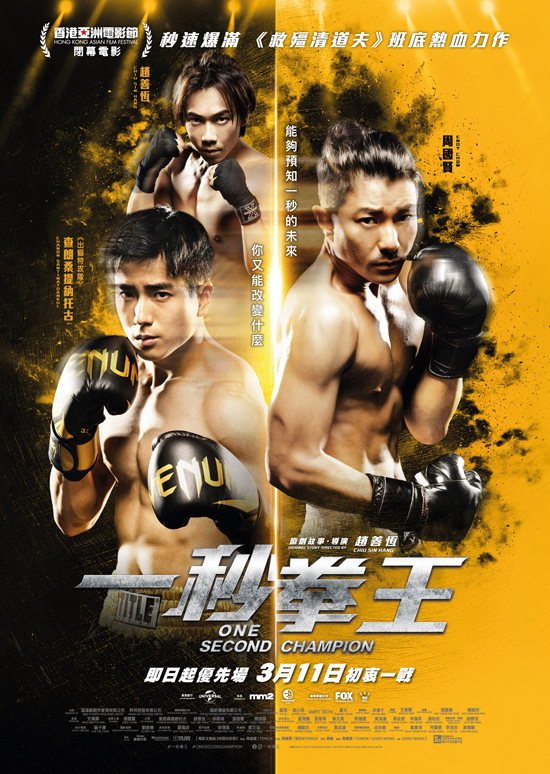 One Second Champion is a feature film from Hong Kong directed by Sin Hang Chiu and written by Ashley Cheung, Siu Hong Ho, Ho Tin Li, and Wai Chun Ling. Chow (Endy Chow) was born brain dead for one second, and somehow this gave him the power to see one second into the future — but only one second. As a kid he had a brief period of fame for his oddball talent, but he was never able to find a way to turn it into a lasting career. Then, as an adult, fallen on hard times and with a son to support, he breaks up a fight at the bar where he works, and his ability to see a second ahead turns out to be incredibly useful in a fight. A boxing promoter with a failing gym, Yip Chi-shun (director Chiu, who also contributed to the soundtrack with his band ToNick), happens to see him in the brawl and, struck by his skill, offers to train him and make a career for him in the ring.

And so the movie becomes a sports film, in which Chow rises through the ranks of the local boxing federation while Yip’s family-owned gym starts to make money. There are complications and reversals, and it all builds to a final boxing match. There’s some comedy here, but the film chooses to become more of a drama the further along it goes. In general the fantasy aspect of the one-second precognition becomes de-emphasised, too, a way into the boxing scene rather than an element to be explored on its own. The precognition’s a means to the end of finding a new spin on the form of the boxing movie.

There’s nothing wrong with that, and as a Rocky-ish sports movie about a plucky underdog it’s not bad. It’s not especially original, but it handles its material well enough, the fight scenes are strong, and character shapes event. The final fight’s handled well, in terms of how much information we’re given and how much is left up to us to decide, though the montage that we see of moments from the fight doesn’t give much of a sense of how the match develops. Chow’s opponent gets some solid build-up as a character, though, and so the film’s a perfectly solid boxing movie.

I still think it’s an odd way to develop a story about a man who can see the future. It’s a little contrived — even one-second precognition would be a scientific marvel, and it’s not that difficult to think of non-fighting situations where one second of foresight would be tremendously useful. The movie does try to talk about how much can be done in one second, and what Chow’s precognition implies about choices, and how lives can be shaped in an instant; but it’s not terribly convincing, because it feels stuck on top of a boxing story that itself is not terribly interested in these themes. If one second is so important, why has Chow found it so hard to make something of his life? Or, flipped around: given how important a second can be, how can we accept that Chow’s found no way to make use of his talent? 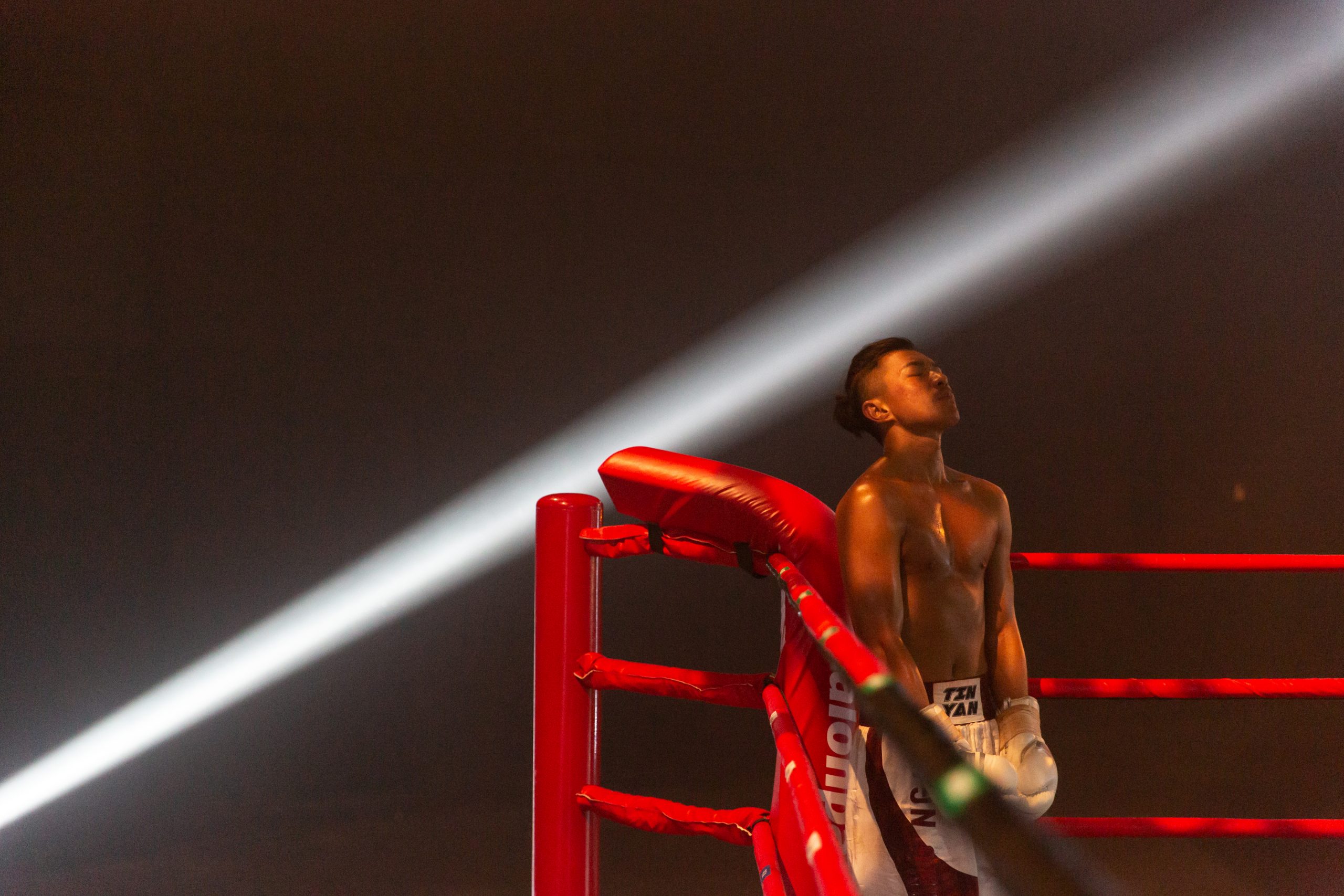 I’m not entirely convinced that the story functions best as a drama. The movie’s at its most engaging when its at its lightest; the comedy’s handled very well, particularly the interactions between Chow and his hearing-impaired son (Cheuk-lok Hung). But while the one-second foresight should lend itself to gags, the movie chooses not to play up the comedy because it knows it’s aiming at something more serious. I don’t know whether that’s the strongest choice. 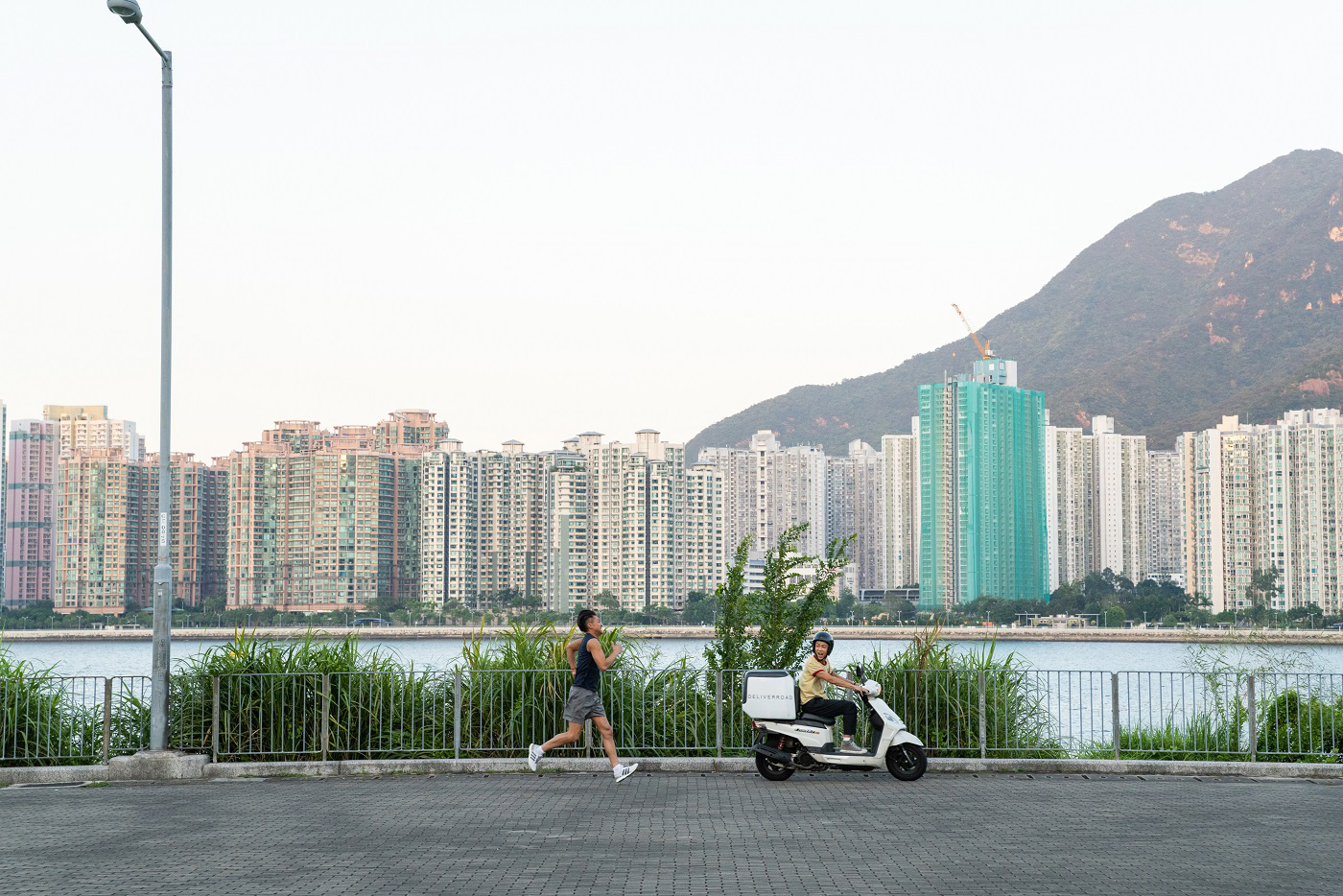 Certainly Hung and Chow have a good chemistry. Hung gets to play a kid with a real and individual personality, and while the character’s deafness helps with that, he’s far from defined by his disability. When story takes some unfortunately melodramatic turns Hung handles it as well as can be expected. It’s a sad truth that the character’s mainly there to motivate Chow, but as with a lot of things in the movie, there’s more personality to him than is strictly needed and in fact so much individual personality you wonder if the straightforward plot structure is the best thing to do with the character or with Hung as an actor.

Visually the film’s solid, emphasising lived-in urban reality. There’s the sort of slight seediness you get in boxing pictures even outside the ring, a lot of locations that emphasise the lower social class of the would-be champions. That changes a bit as Chow meets with success, but even as his outfits become flashier the film’s settings tend to remind us of the class he’s trying to climb out of more than the one he aspires to. The foresight power’s visualised well, and the fights are visually distinct, if not especially memorable as set-pieces of stunt work. 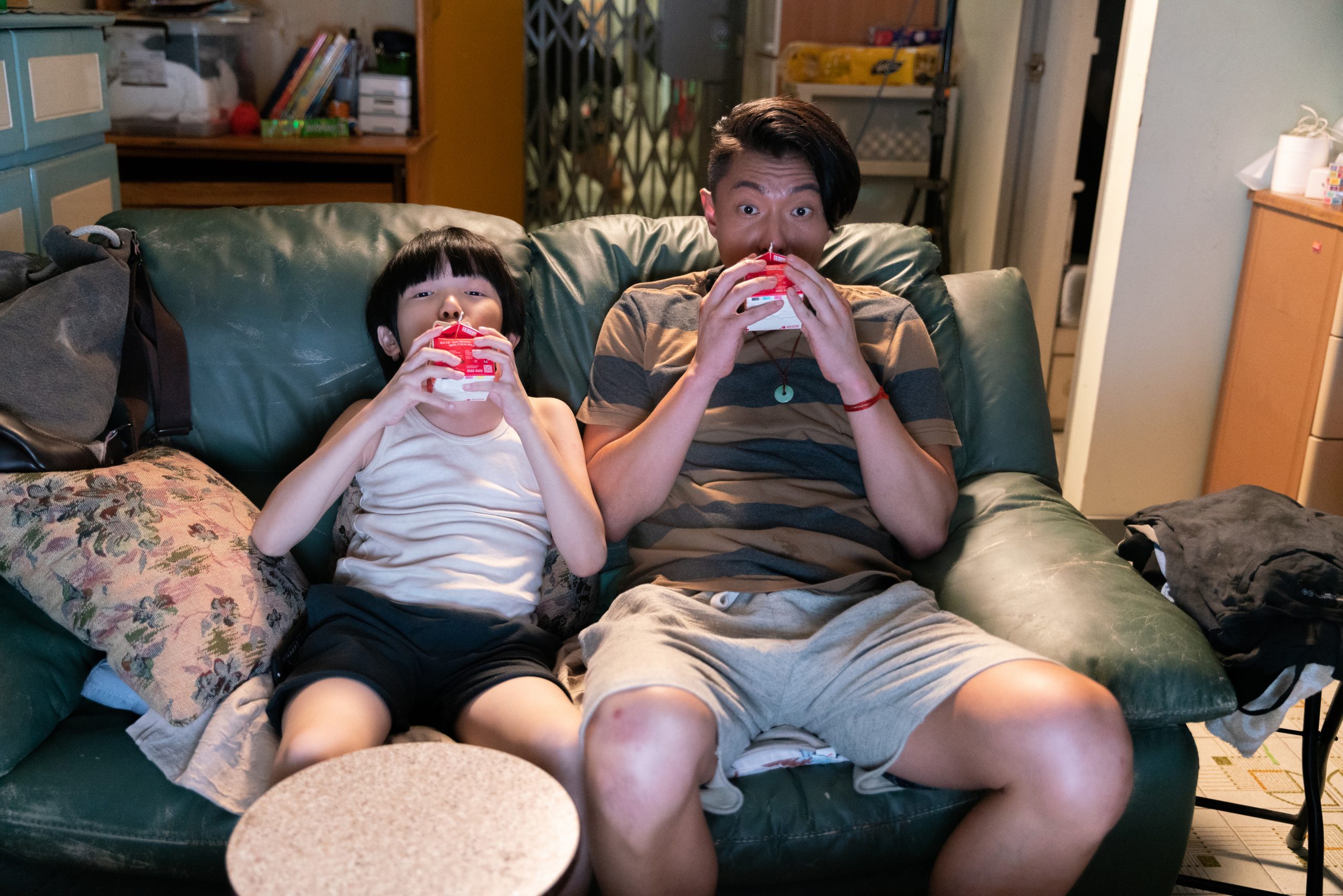 The movie’s a perfectly solid sports film with a gimmick. It doesn’t try to reinvent the wheel, and it does what it wants to do. But it also has flashes of individuality, starting with that central gimmick, that makes one think there’s more potential here than we get. It’s an odd case of a movie whose occasional unconventional moments tend to make clear that its central ambition is in fact to depict a certain set of conventions. I’m not sure those ambitions are the most fitting for its central hook of one-second precognition, either. One Second Champion is a movie that’s perfectly fine, and yet also unsatisfying.