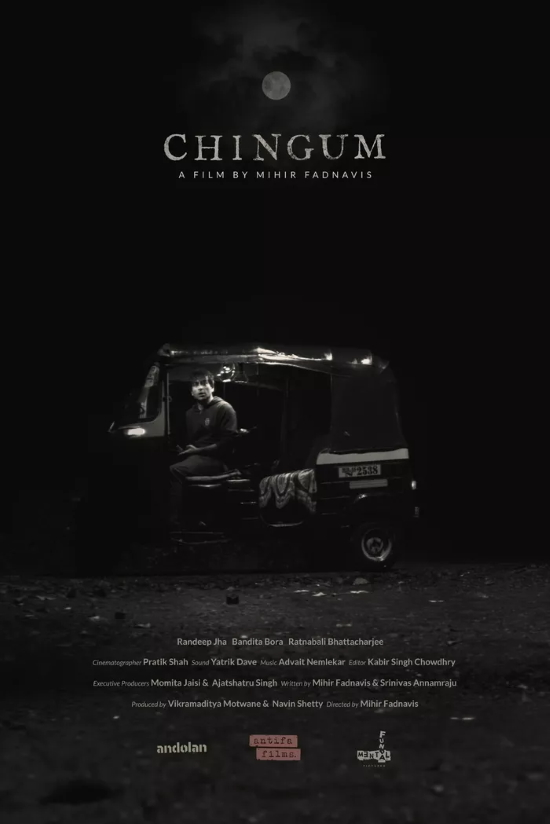 Things That Go Bump In the East 2021 was this year’s iteration of Fantasia’s regular showcase of short genre films from Asia. This year brought a collection of eight films from six countries, including the US (“for a dash of diasporic bedevilment,” as the Fantasia program notes observed).

It started with “Chewing Gum” (“Chingum”), from India. It’s an 18-minute piece directed by Mihir Fadnavis, who co-wrote with Srinivas Annamraju. One stormy full moon night, a deceitful man boards a train. But something’s in there with him. And it demands a kind of tribute: chewing gum. He flees, and the monster pursues, and the farther he goes, by whatever means of transport, the faster it follows. This is an incredibly well-done film in black-and-white — mostly black, in fact, as Pratik Shah’s cinematography covers the screen in gorgeous shadows, pushing the classic horror atmosphere. I’ll note that I’ve seen an intriguing review (confirmed by an official synopsis of the film for another festival) that points out a political subtext I didn’t catch; it’s another layer to a stunningly well-crafted spooky film about a supernatural nighttime pursuit, with a subtle soundtrack and a splendid build. 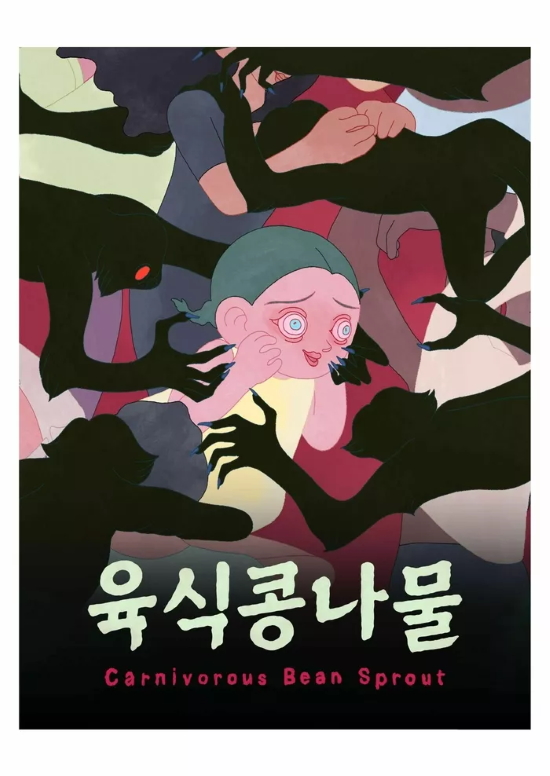 Next came “Carnivorous Bean Sprout” (“육식콩나물”), a jaunty yet cynical 5-minute animated short from South Korea. Written and directed by Seo Sae-rom, it’s told in a monologue over brightly-coloured 2D images that tell the story of the discovery of the titular meat-craving plant in an island off Southeast Asia — an island which immediately becomes the focus of a booming tourist trade, as hordes flock to observe the vicious sprouts in their natural habitat. This has some unexpected side effects, prompting a competitive evolutionary leap. It’s a fun brief piece that works well at this length, reflecting on science and consumerism and how the latter affects the former, and how economic priorities shape the way we relate to, study, and preserve the natural world. Also, there are plants that eat people. 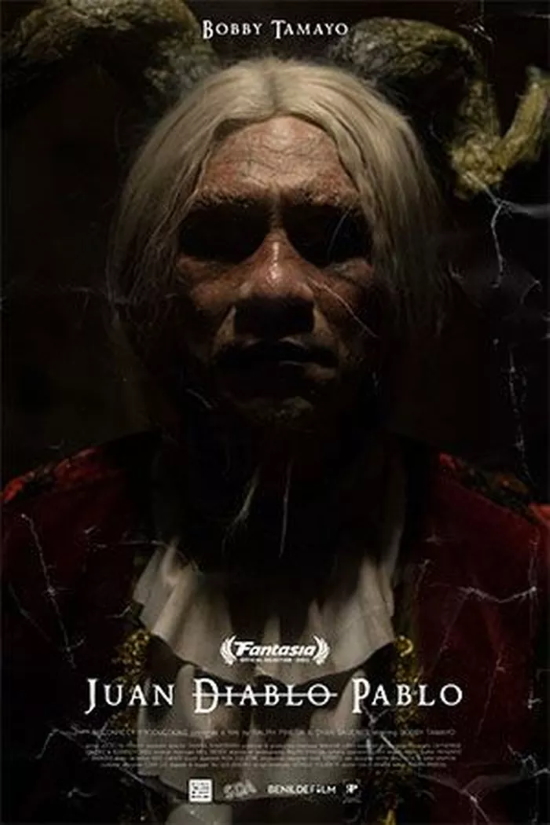 “Juan-Diablo-Pablo” tugged the heartstrings the most of all the films in the showcase. It’s a 15-minute piece from the Philippines and directors Ralph Pineda and Dyan Sagenes, written by Len Frago. It’s almost dialogue-free, but that imitation works here. It takes place almost entirely in a single gothic chamber papered with newspaper articles, in which a horned diabolic figure (Bobby Tamayo) sits surrounded by candles and screams from no obvious source. Blinded harlequins at the door bring him corpses which he dissects. And then one day an accident brings a living boy to his door, and an unlikely friendship springs up. There’s a dreamlike, or nightmarish, feel to this fable-like tale, and if partly that’s a function of the excellent production design there’s also something about the way the supernatural entity at the heart of the story interacts with history — newspapers to every side, and a flickering TV, mean that he’s isolated from the world but not totally distanced from it. We’re encouraged, I think, to consider how he relates to the evils of history. I found it open-ended; more knowledge of the history and culture of the Philippines might clarify some points, but the emotional core here is clear enough, and the visuals beautiful enough, that the film works regardless. 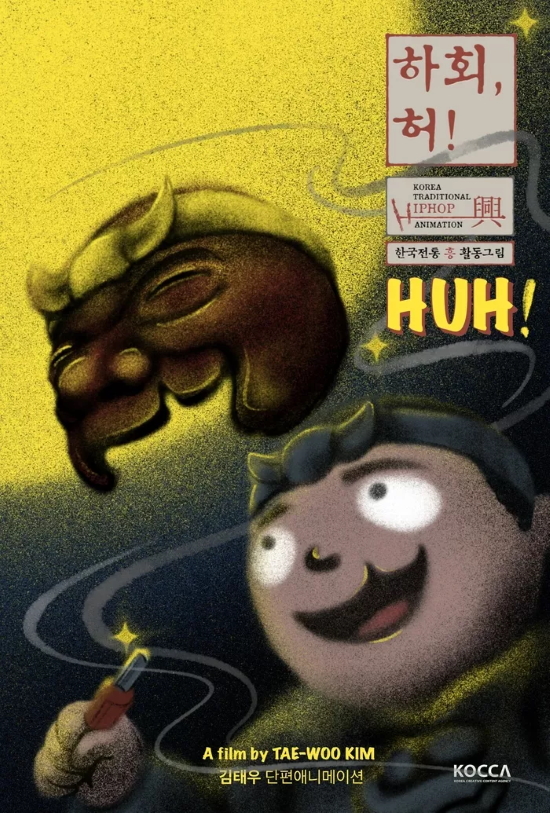 Next was the South Korean film “Huh,” written and directed by Kim Tae-woo. It’s a 12-minute animated tale that lays out a version of the origin of the Hahoe mask dance. Huh is a maskmaker who must save his village from ghosts by making masks, and then making a dangerous journey to the mountains where a dragon waits. It’s a fun short with a hand-drawn look, as though done with charcoal pencil. Characters have lots of personality, and every so often break into hip-hop songs. And it works. 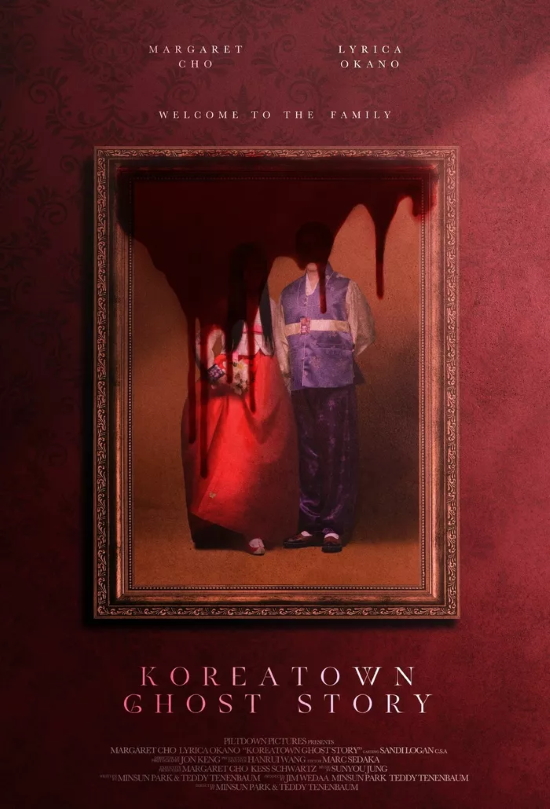 “Koreatown Ghost Story” is the American entry to the showcase, a 15-minute film written and directed by the team of Teddy Tenenbaum and Minsun Park. A young woman named Hannah (Lyrica Okano) visits an old woman acquaintance to get information on a puzzle box — at least, she expects the woman she remembers from her childhood to be old, but in fact Mrs. Moon (Margaret Cho) is just the same as she was years ago. And she has a plan for Hannah. This is a horror-comedy that starts relatively light with dark undercurrents, and grows more horrific as it goes along. It’s easy to call it a story of a young woman struggling with the weight of cultural traditions, but then it’s also a struggle for control of a soul, and not necessarily the one you might expect. For me the last line of the movie really worked to seal the story, which was in general a fine tale of horror. 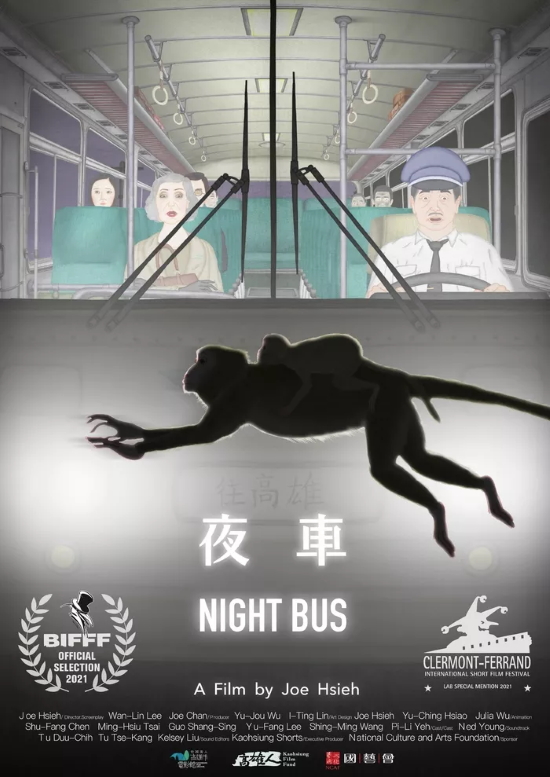 Taiwan gave us “Night Bus” (“夜車”), written and directed by Joe Hsieh. It’s an intricate 20-minute noir tale about a bus with a few passengers driving on an isolated road in the middle of the night. There’s a theft, and this triggers a series of sub-plots that result in increasingly desperate violence. There’s doomed love, a clever structure, and the world’s angriest monkey (he has cause). The animation’s deliberately stiff, a little in the vein of South Park but with much more detailed drawing, and it works. So does the clever story. There’s a sense here like an old-fashioned Hollywood noir, given a modern spin by the brutality of the violence. The combination makes a good mix, and this was perhaps my favourite of all the shorts in a very strong collection. 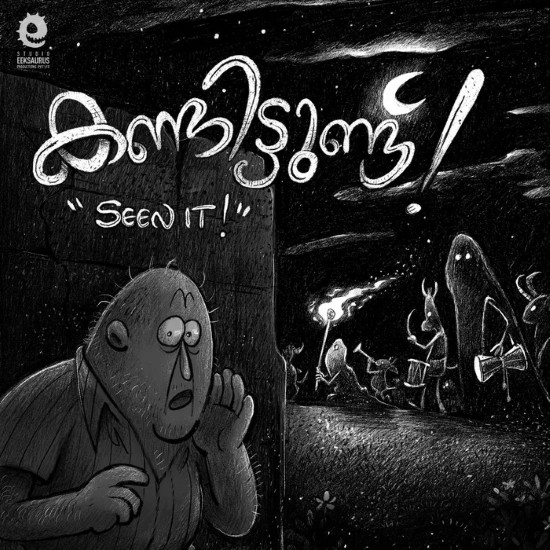 The next film was another contender for my favourite of the showcase: “Seen It” (“Kandittundu”), a 12-minute animated piece from India. It was directed by Adithi Krishnadas, and written by Suresh Eriyat (also billed as the film’s Creative Director). It’s about Eriyat’s father, 89-year-old Mr. P. N. K. Panicker, who is an unstoppable teller of tall tales. His son surreptitiously recorded some of his stories, and we hear them in voice-over as the film animates his encounters with various weird monsters. One of them lures pregnant women with mangos. Another is the shape of an 18-inch-tall baby elephant but vanishes in the presence of humans. Another is an ominous towering figure that floats behind you. And so on. The movie’s an affectionate portrait of an instinctive mythmaker, and listening to the stories you’re struck by Panicker’s storytelling fecundity, the way he plucks details and images out of nothing. You’re also struck by the humour of the animation along with its cartoony-yet-uncanny atmosphere. It’s a heartwarming piece about fathers, sons, and amiable monsters, and it won this year’s Satoshi Kon Award for Excellence in Animation at Fantasia. 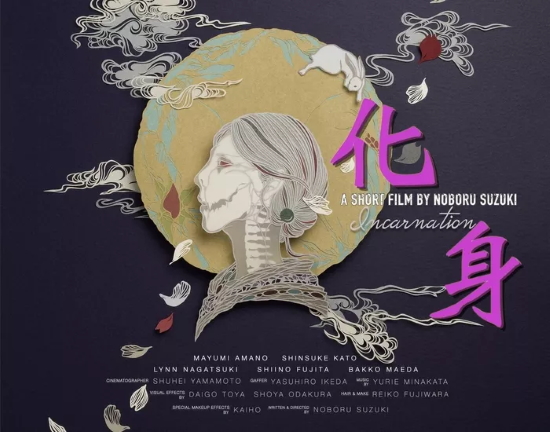 The final short, from Japan, was called “Incarnation” (“化身”). Written and directed by Noboru Suzuki, this 13-minute film offers a glimpse into a world of monsters from the perspective of a nice old woman (Mayumi Amano) meeting a young man (Shinsuke Kato) who seems to be trying to scam her. But then she claims to be one of the undead, and secrets begin to unfurl. This is a funny, occasionally disturbing and ultimately bittersweet film about reclaiming identity and righting wrongs. It’s good and concise, taking place entirely in a coffee shop — which may be hiding some secrets of its own. It’s an effective story, and made for a nice note on which to end the showcase.