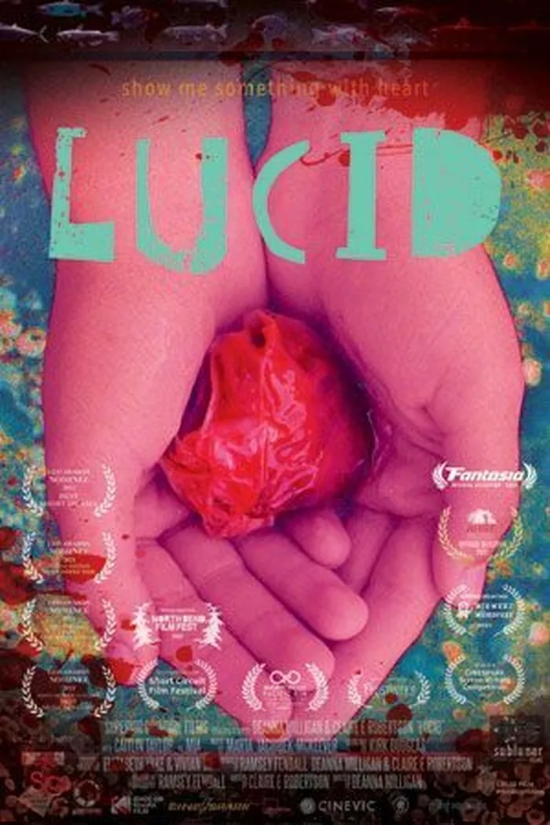 For each of the past several years Fantasia’s gathered together short genre films by women into annual showcase presentations called Born of Woman. I’ve seen all of them, and they’ve all been strong collections. So I was eager to see this year’s version, with eight films from six different countries.

The first was “Lucid,” from Canada, directed by Deanna Milligan from a script by Claire E. Robertson. It’s a 17-minute story about Mia (Caitlin Taylor), an art student in the early 1990s, who presents her class with a self-portrait that’s critiqued remorselessly. The movie that follows shows her digging deep into herself to find a project that will give her a good grade, and presents us with the gory yet oddly cheery results. The film looks very nice, with lush saturated colour, and an impressive long travelling shot at the start following Mia into and through her school. I found the period background didn’t come out very much, though that may be a function of the film trying to speak to the art world and art trends of that time, with which I am basically unfamiliar. At any rate, it’s a funny, weird, and engagingly gross movie.

Next was “Inheritance,” a 14-minute American movie written and directed by Annalise Lockhart, about a Black family in Vermont who are haunted by still silent White ghosts. When the youngest of the family of three, Norra (Victoria A. Villier), inherits the deed to her family’s cottage she sees the ghosts for the first time, and we follow her as she tries to find a way to free herself and her family from constant surveillance on their own property. The end’s a bit surreal, moving from horror or dark fantasy to science-fictional themes with a traditionally Vermont flavour; the way out of past threats is in this case Afrofuturist technology. It works, but there’s also some ambiguity in the solution Norra and her family find. Still, the story has a strong feel, establishing its characters as rich individuals, and memorably insisting on their dignity. 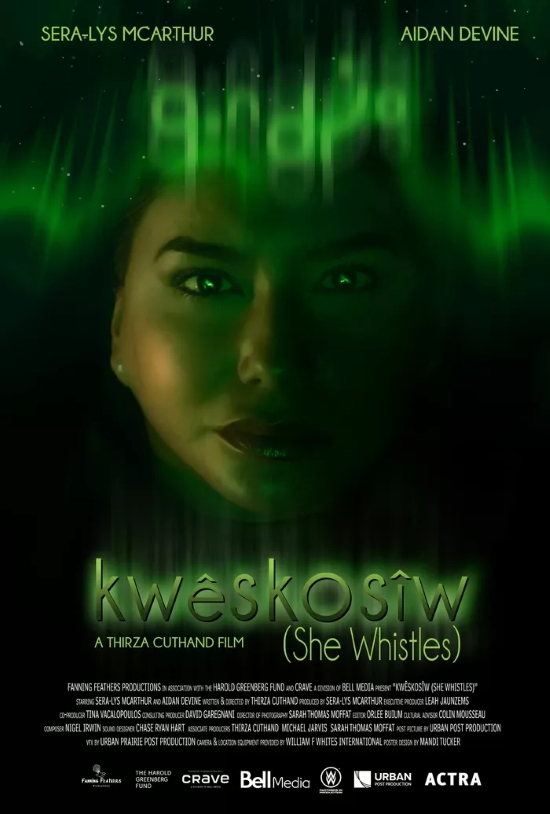 After that came “She Whistles,” written and directed by Thirza Cuthand. It follows a Cree woman (Sera-Lys McArthur) in Saskatchewan trying to find her missing mother; when she takes a cab she’s pulled into a horrific situation — but old myths will have a role to play in how that situation’s resolved. It’s a story that’s balanced between genres much of the way; you don’t know if it’ll end up like a horror movie, or a thriller, or a dark fantasy film, and so it partakes of something of each. In one of Fantasia’s question-and-answer sessions (in this case with the creators behind all the films except “The Expected”) Cuthand mentions that the short’s a proof-of-concept piece to try to raise funding for a feature. But “She Whistles” feels like a complete piece on its own. Aidan Devine plays a memorable villain, and the envisioning of mythic power is remarkably strong. 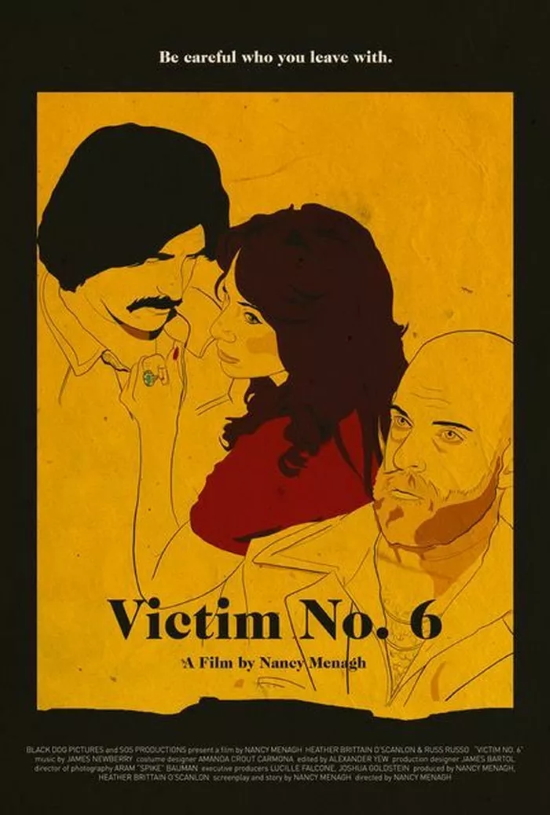 Then came “Victim No. 6,” from American writer-director Nancy Menagh, a 22-minute thriller set in the 1970s about a serial killer stalking their sixth victim. That is: we’re introduced to New York in the 1970s, where a killer’s murdered five people; two women go to a bar; one of them (played by Heather Brittain O’Scanlon) gets hit on; another guy intervenes; we’re pretty sure the killer’s somewhere involved with this, but the tension comes from trying to figure out how and who exactly the killer is. The period detail’s strong in sets and costumes, and has a nice set of themes revolving around gender and the experience of victimhood. 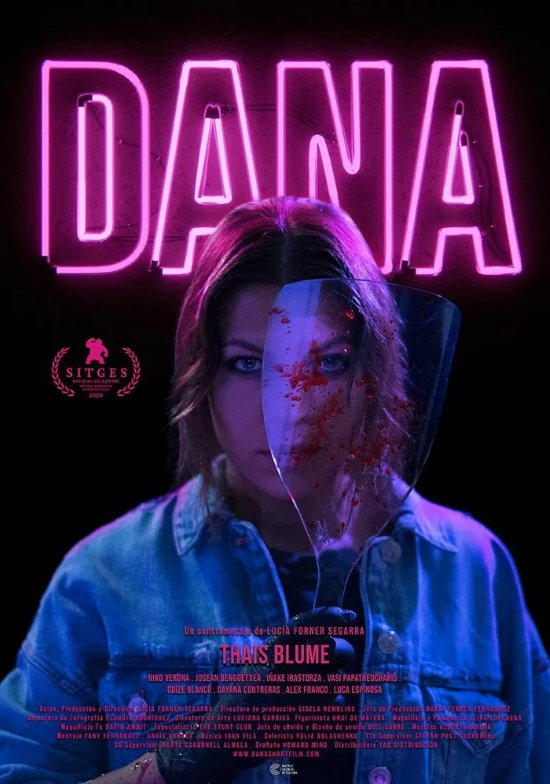 “Dana” is an 18-minute Spanish film written and directed by Lucia Forner Segarra. A woman (Thais Blume) is attacked one night on the street. She overcomes her attacker — but is driven by the incident to continue to seek justice against other rapists. As a vigilante, she is known as Dana, a name defined here as meaning one who judges. The story goes to some interesting places, and suggests that it might profitably be expanded into a feature-length film, though Forner Segarra has said she considered and rejected that possibility. Certainly it’s effective as it is, as a kind of origin story for a kind of street-level superhero. There’s a similar lack of desire to probe the morality of its lead’s violence as you get in most superhero stories — which is fair enough, especially since the psychological effect of the main character’s experiences are explored in detail. 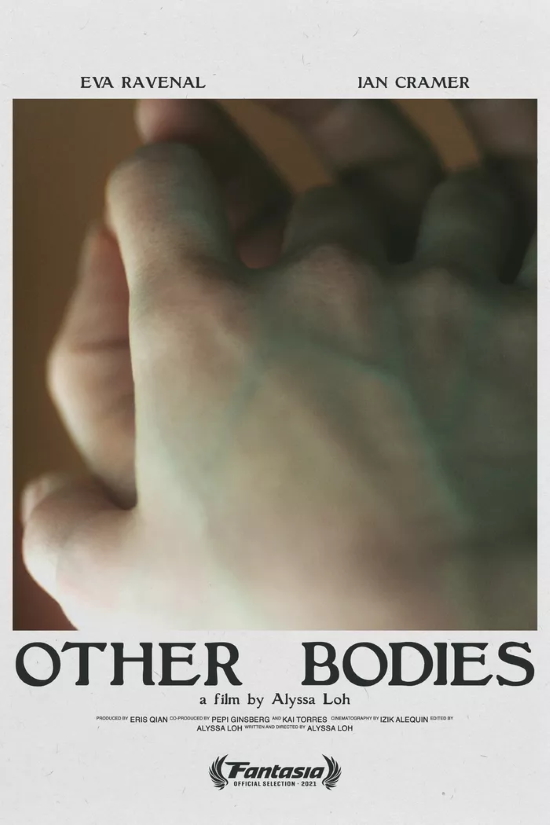 “Other Bodies” is a 10-minute piece from American Alyssa Loh, in which a young professor specialising in Milton studies recounts an eerie monologue about his disturbing relationship with a young woman. The monologue’s well-written, though you suspect the speaker isn’t a very good Milton scholar; his recounting of events is filled with misreadings of Milton and of gothic literature, all deliberate on Loh’s part. It builds to a bizarre finale, but while I think this film’s good on its own terms, I could not view it the way I presume it’s meant to be viewed. That is, I think we’re encouraged to view the monologue and the actions of the lead character in a certain way; but from what we’re told, I as an asexual found it difficult not to read the main character as ace, and then view a sexual encounter as pushed on him against his will, and so view the rest of the movie through that lens. To be clear, the film works even if it’s not intended to be read this way, and that speaks to its conceptual strength. 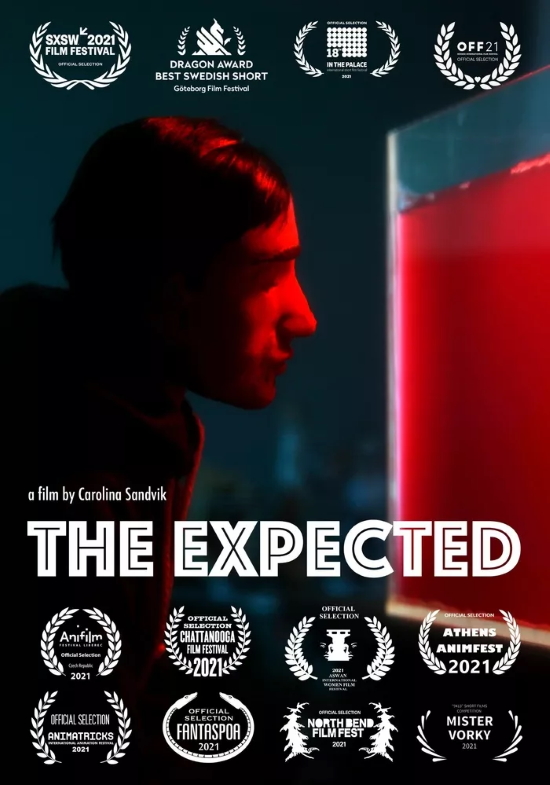 Then came “The Expected,” a 15-minute work of stop-motion animation from Sweden and writer-director-cinematographer-editor-animator Carolina Sandvik. It’s a surreal story about a woman, a man, and a disastrous pregnancy. There is no dialogue in the film, and I was frankly unable to follow it much beyond that description. To an extent I think the surrealism is the point, but for me it has a distancing effect. The movie’s interesting to look at, but baffling. Memorable imagery loses its punch if one’s unable to figure out how to feel about it, and exactly how it fits in narratively with what comes before and what comes after. The emotional lives and reactions of the characters provide minimal hints. In all I think the movie’s a noble attempt, but I do not understand it. 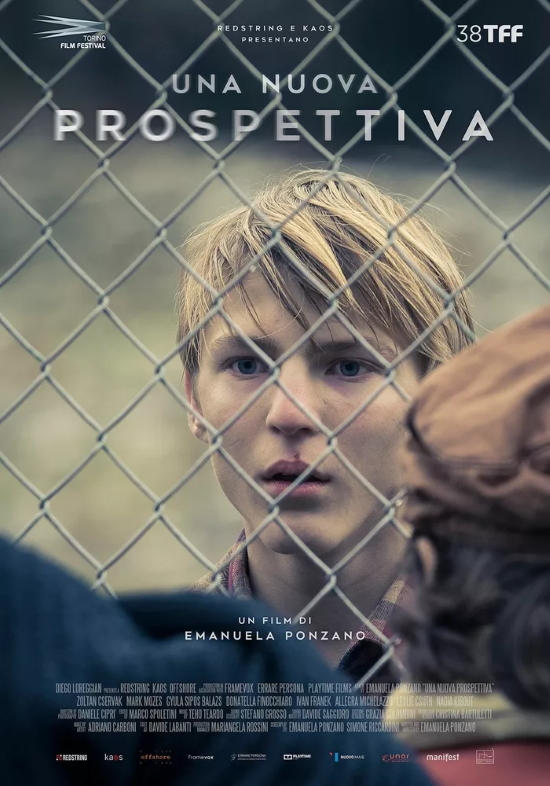 The last film in the showcase was the French-Italian production “A New Perspective” (“Una nuova prospettiva”), directed by Emanuela Ponzano and co-written by her with Simone Riccardini. A surreal story with minimal dialogue, it starts with youths playing in the woods only to have some surprising encounters. There are what appears to be timeslips between something like the present and a specific past time, but again here the narrative’s opaque. It looks nice, but I did not understand what interpretations I was supposed to make of some of the images, or what connections I was supposed to draw between them. I have some ideas, and the final shot drives home a specific parallel; but if the conclusion’s strong, the path to get there is perplexing.