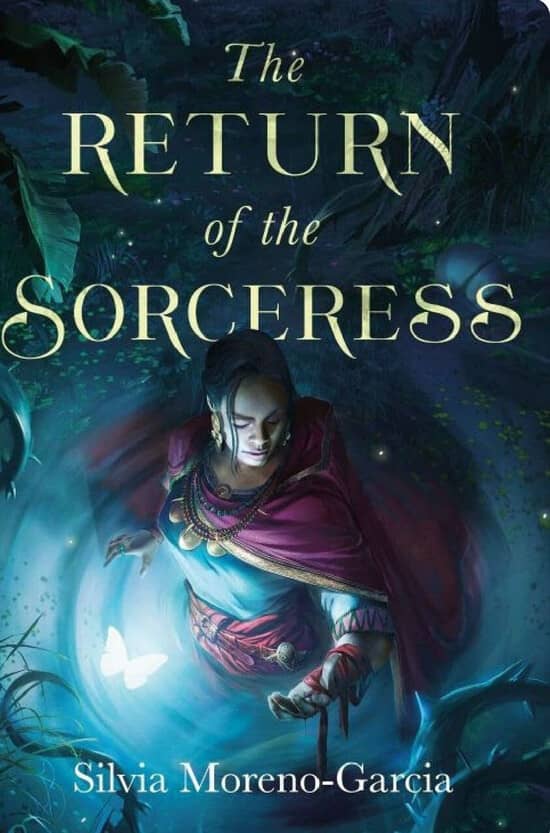 Yalxi sets out to regain her magic and find a weapon capable of destroying the usurper, with little more than a minor, bound spirit for aid, and Master Teotah’s very, very angry ghost. Unfortunately, to defeat her former lover, Yalxi must accept her own failings and guilt in the bloody path that led to her rise to power in the first place.

This is a fun novella set in an interesting world that deserves a revisit. A mash-up of Mesoamerican and European cultures, written in a style that borrows as much from pulp noir as it does from early sword & sorcery. The nameless city in which Yalxi’s Sorcerer’s Guild vies for power could easily be an alternate Tenochtitlan, but goes unnamed — it is simply “the city”, and although there is mention of a once, or current group of foreign conquerors, who these people are, where they came from, or what influence they left behind is never addressed or explained.

However, this allows the author to do something very clever — to infuse what to some readers is a difficult setting to grasp (pre-Conquest Mexico) with just enough familiar trappings to create someplace new that is both familiar and alien at the same time. For example, the Aztecs/Mexica had a class of merchants, a kind of mercantile guild, the pochteca, far traveling caravaners who had a status just below a noble, and were also said to be imperial spies. Moreno-Garcia uses this inspiration to play with a common fantasy trope: the existence of Thieves’, Assassin or Sorcerer’s Guilds, showing us how her exotic setting can be strangely familiar.

This mash-up runs through the work — there are pyramids and canals, blood magic and human sacrifice, but there also iron tools, chandeliers and raised, beds, all things that were completely foreign to the Americas before the arrival of the Spanish. Both Teotah’s ghost and the bound nahual (animal spirit) that Yalxi carries bound in a pearl ring are straight out of Mexica folklore and belief, but both are presented with a bit of an Arabian Night’s flare; indeed, the Book of 1001 Nights is the original source of a sorcerer achieving a kind of immortality by placing his heart outside of his body, an idea which Moreno-Garcia takes and reworks to her own purposes. The end result is a fascinating world with unique magic and glimpses of interesting cultures that are at once familiar and also fresh.

But part of what makes sword & sorcery its own sub-genre is its pacing. This is the sub-genre birthed by Robert E. Howard, C.L. Moore, Henry Kuttner and Fritz Leiber. There can be interesting worlds and fascinating magic but their also needs to be action, and much as Moreno-Garcia long ago showed her weird fiction bona fides with her Lovecraftian fiction, here she shows an understanding of the same dense plotting, lean prose and decided, yet not indulgent, world-building that made a Leiber, Moorcock or Brackett great. Return of the Sorceress is only 104 pages, but packs close to a novel’s worth of story and backstory and clearly deposits us in its otherworld, without lecturing us about how unique and original that world is — a lesson the many authors of Big Fat Fantasy would do well to rediscover.

Overall. Return of the Sorceress is an excellent little adventure with an interesting secondary world and some great characters, that shows how easily a good author can take us someplace new and different without being bogged down in exposition. As someone whose own modest fiction-writing has also worked with mash-ups of New and Old World civilizations, I was both the perfect target reader, but also admired the craft behind the story’s creation. Very enjoyable, and although Moreno-Garcia does not seem prone to revisit her various worlds, I’d happily read about Yalxi’s further adventures and the land in which she lives.

It’s going on the wishlist!

Correction. My library didn’t have it so I went ahead and bought the ebook.

Let us know what you think!