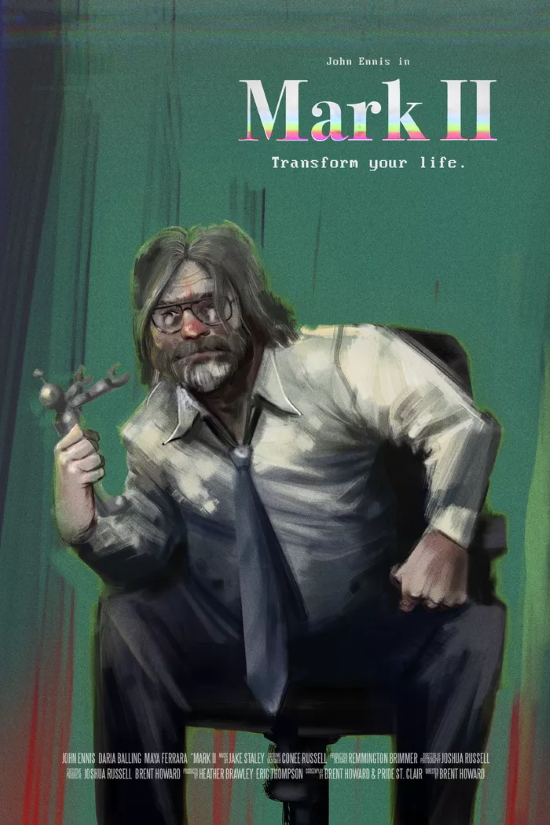 Every year the Fantasia International Film Festival presents an International Science-Fiction Short Film Showcase, and every year it’s worth watching. This year’s edition gathered nine films from seven countries into one 115-minute block. Most of the films tended to the near-future and the dystopic, but still held surprises.

The showcase started with “Mark II,” an 8-minute piece directed by Brent Howard, who co-wrote with Pride St. Clair. Mark (John Ennis) is an office worker in a reality where technology’s taken an odd route: 90s-style PCs and CRT screens but advances in other fields, especially robotics. Mark, despairing at the limitations of his human body, is drawn to the possibility of an upgrade. But will he get what he wants? This is a fine short film that easily could have gone wrong, if the viewer had been left thinking Mark was the butt of a joke; that doesn’t happen, thanks to an excellent performance by Ennis. He brings out Mark’s profound depression, his despair at his body, and in one well-delivered voice-over line seals the film perfectly. I thought it was solid enough when I saw it, but Ennis’ performance has left it haunting me since. 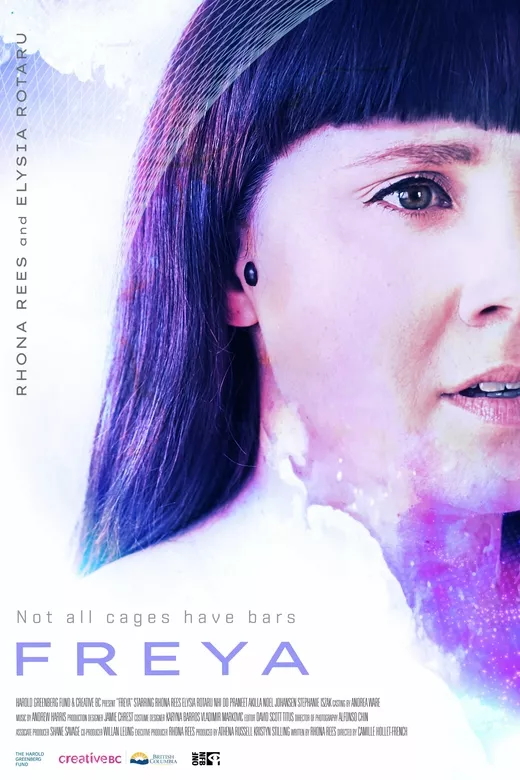 Next came “Freya,” directed by Camille Hollett-French from a script by Rhona Rees, who also executive produced and starred. It’s a 16-minute movie that introduces us to Jade (Rees), a young woman in a not-too-distant future who we see coming home and casually interacting with FREYA, the Federally Regulated Enquiry and Yield Assistant, a digital assistant with links to the government. This is a future in which everything’s rated and reviewed, from the quality of Jade’s day to the details of the sexual performance of the guy she hooks up with through a dating site. But then there’s a twist in Jade’s life, and it turns out FREYA isn’t the neutral tool it appears. In fact the downside of having a digital assistant who knows everything about you swiftly becomes apparent, especially if it’s linked to a government with a specific ideology that doesn’t match yours. The movie works because it’s quick, witty, and deals thoughtfully with powerful emotional material; Jade has to find a way around having her every move monitored, and does, and the implication of older routes of knowledge is handled with powerful understatement. 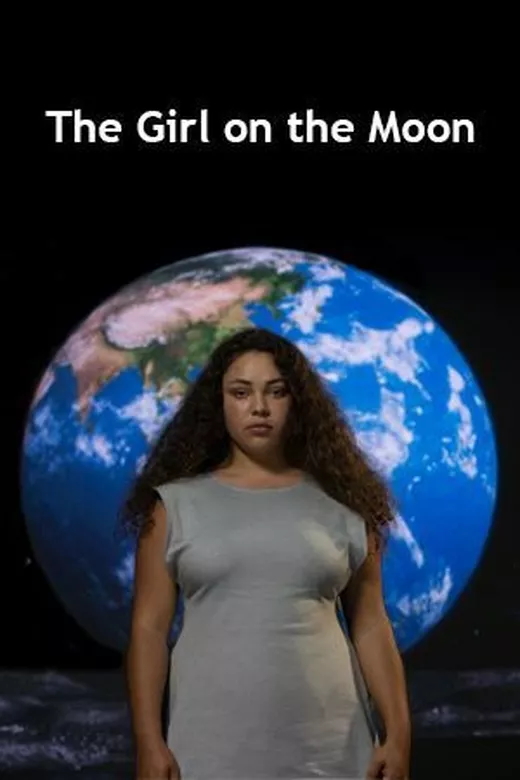 Then came the 5-minute Australian short “The Girl On The Moon,” written and directed by Georgina Jenkins. It’s a brief piece about Luna (Kiva Simon), a girl of Australian Aboriginal ancestry who was born on the Moon. To say more is to start giving away the movie, which works as a quick meditation on ancestry and rootlessness and yearning for home. Jenkins has said it’s a proof of concept for a TV series she’s hoping to develop, and as such it works, setting up themes and concepts that could well be explored in a longer story. 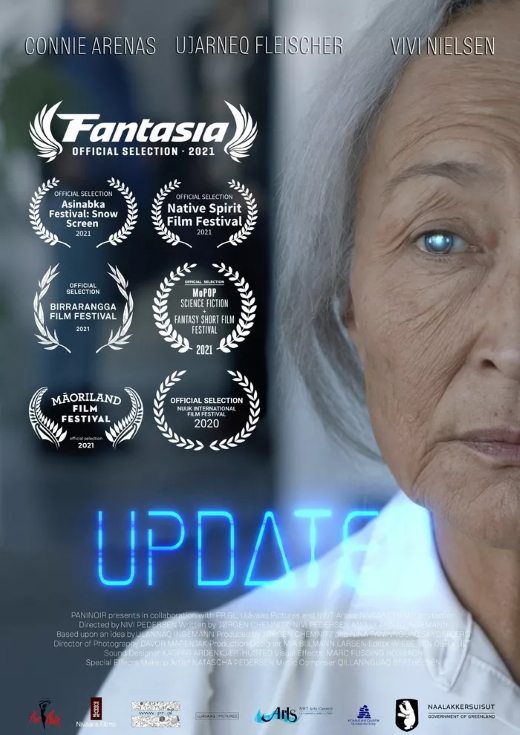 Nivi Pedersen’s heart-tugging “Updated” is another near-future story, this time about an old woman (Vivi Nielsen) with dementia and her son (Ujarneq Fleischer) who attempts to use a new commercially-available computer system to help her through her hallucinations and confusion. It’s a bleak story and quite powerful, if somewhat predictable. At 17 minutes, it’s arguably a bit long, but then it spends that time well in establishing its characters. It’s certainly about those characters, and only incidentally about the technology and the way current trends are going. 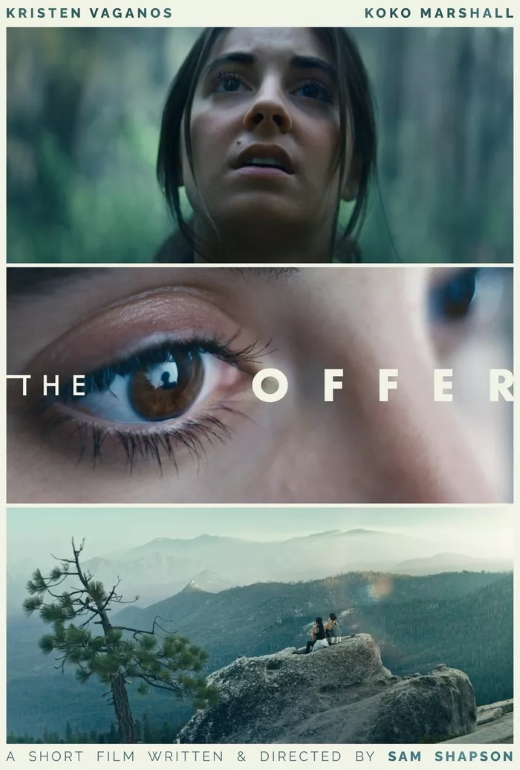 “The Offer” is a 13-minute story by writer-director Sam Shapson in the form of a conversation between two sisters. Nora (Kristen Vaganos) and Chloe (Koko Marshall) are going on a hiking trip in the woods, apparently their last: human-made AI that left the planet has returned with a one-time offer to take a limited number of people off an Earth that seems to be slowly running down. Nora’s decided to go. Chloe wants to stay, and doesn’t trust the AI. The film’s a thoughtful portrait of their trip and their discussion, looking at the scenario from a number of different angles, bringing up different ideas, and showing us the differences in the characters. It’s powerful to look at, as well, with beautiful nature photography and well-used special effects. Mainly, though, the acting carries this film, which feels like a classic science-fictional short story. 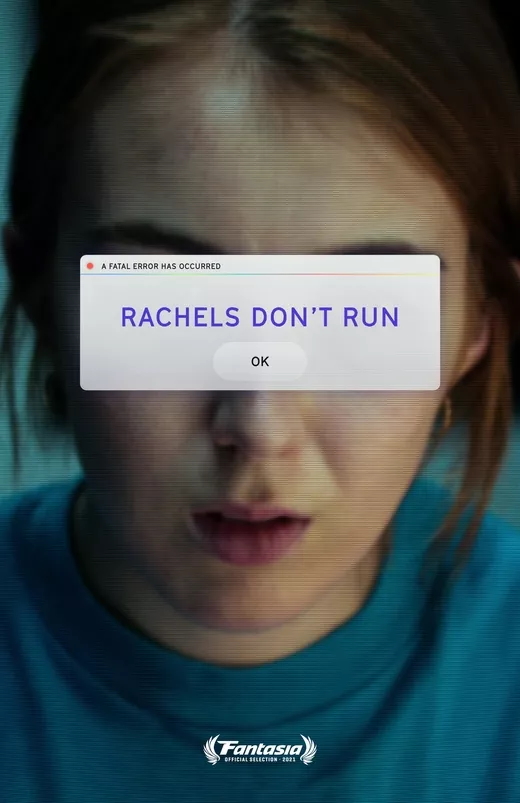 That was followed by “Rachels Don’t Run,” directed by Joanny Causse from a script by Steph Kwiatkowski. It’s a 15-minute film about Leah (Sera Barbieri), a worker at tech support for a quasi-AI digital assistant. She eavesdrops on clients’ conversations with the AI from time to time, and there’s one client (Anthony Shipway) in particular she’s been drawn to, following an upheaval in his life; and this is the night she takes action. It’s an interesting story, because there’s two sides to what we see. I’ve come across reactions to the film that respond to Leah’s search for human connection. To me the film’s a nightmare of the digital age, as somebody speaking in private to what he thinks is a computer is spied on by another person without his knowledge. The movie works either way, I feel, and the ambiguity gives it real strength. 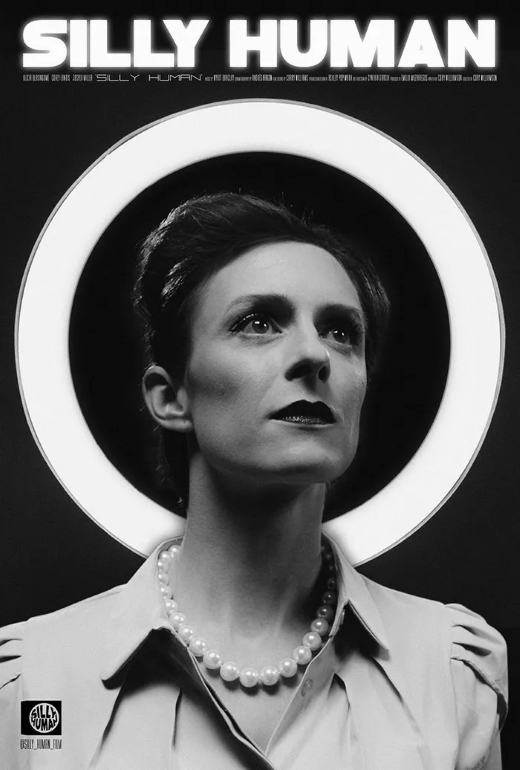 “Silly Human” is a 13-minute black-and-white film from writer-director Cory Williamson. It follows an actress (Alicia Blasingame) cast in what appears to be a 50s-style sitcom. It isn’t, though. Uncovering what is actually happening is one of the pleasures of the film, but it’s fair enough to say that there’s an AI director with communication issues that’s a cute send-up of more flesh and blood directors. The movie looks nice, and captures something of the Kafkaesque nature of filmmaking. 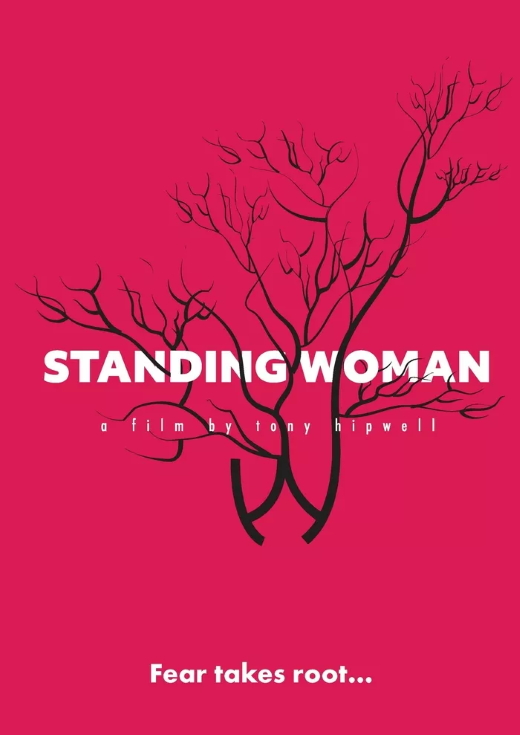 “Standing Woman” was directed by Tony Hipwell from a script by Max Gee based off a short story by Yasutaka Tsutsui, who is perhaps best known outside Japan as the writer of the novel Paprika, adapted by Satoshi Kon into a classc animated film. Here the story is of the near future; the 15-minute-long adaptation is set in England, where the government has a new kind of punishment for those convicted of a crime. Tom (Anton Thompson) is a former activist coming to terms with working for a corrupt system — and with what’s happened to the love of his life. It’s a deeply unsettling movie, and bleak in its focus on Tom facing the unyielding nature of the world. It also has some hope and romanticism to it, though, in the way it ends. So one can say that it’s a story about what two people shared, in the face of a system that tries to deform human beings in order to make use of them. It’s a fine piece, but I did feel the surrealism was a bit underplayed; the imagery of the film’s central conceit could perhaps have led to something more bizarre. But then, what’s here does work. 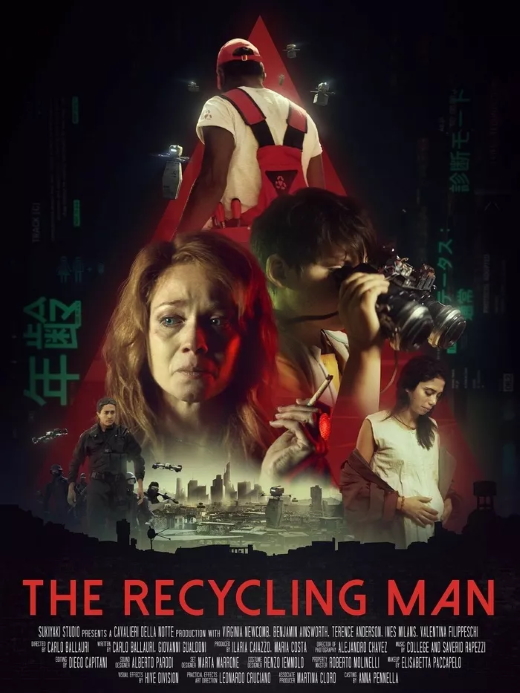 Finally came “The Recycling Man,” a 13-minute tale from director Carlo Ballauri, co-written with Giovanni Gualdoni. In a future wracked by overpopulation and environmental devastation, a sinister figure (Terence Anderson) seems to be stalking children. But more may be going on here than appears to be the case. There’s some very clever misdirection in this film, which ends up telling a story you don’t see coming. It’s visually detailed, with a sense of a complex world, and a gritty feel that comes across in the characters’ actions as well as the set designs and colour palette. It strikes me as a little like the parts of Do Androids Dream Of Electric Sheep? that didn’t make it into Blade Runner, which for me is quite a success. It has an awful lot to say about the links between people, and if overpopulation is less of a concern these days than in the era of classic science fiction, this short film uses the issue well as a way to gets its ideas across.