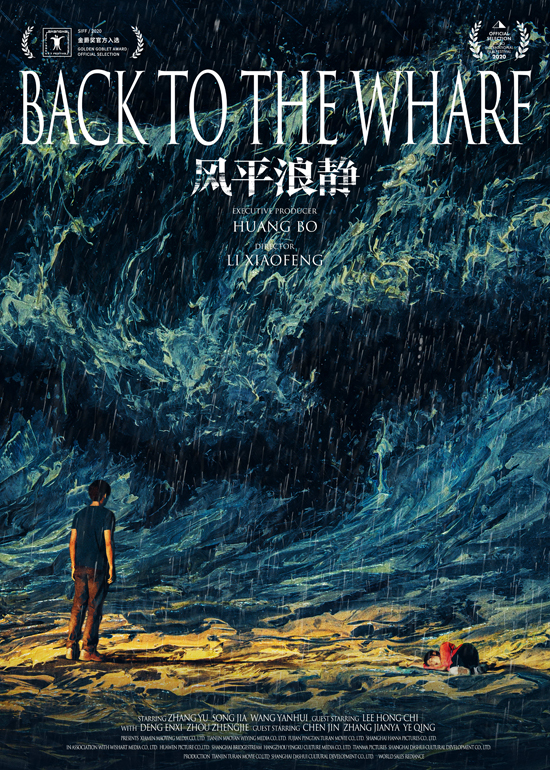 Back to the Wharf (风平浪静, Feng Ping Lang Jing) is a distinctive mixture of social drama and film noir. It’s a Chinese movie, directed by Li Xiaofeng from a script he wrote with Yu Xin, and has a lot to say about the changes Chinese society’s seen over the last several decades — and says it by exploring dramatic themes: the bonds of the family versus mercenary society, for example. Guilt and atonement. The futility of violence. Whatever specific applicability these things have for China, they’re also things that can play to viewers around the world.

The plot follows Song Hao (played as a youth by Zhou Zhengjie and as an adult by Zhang Yu), who as the film starts is a teenaged student aiming at a scholarship. That’s taken away from him for purely political reasons, and, distraught at the sudden loss of his future, he commits an act of violence. This leads to an accidental death, and his father helps him flee. 15 years later his mother dies, and he returns to his home town, where he cautiously tries to resume relations with his father Jianhui (Wang Yanhui), and starts a love affair with his former classmate Pan Xiaoshuang (Song Jia, Final Master), and goes into business with his former best friend Li Tang (Lee Hong-Chi) — all while trying to make amends to the daughter of the man he killed, Wan Xiaoning (Deng Enxi), without telling her the truth of his crime. But Li’s real estate company has plans for the property where Wan lives, and she’s the final holdout preventing a deal. You can see disaster coming.

You can also feel it. There’s a brooding atmosphere in this movie, which doesn’t come from where you might expect in film noir. The architecture and cityscapes of the Songs’ home city aren’t the usual looming presences. Shadows are cut by bright lights — sometimes. The film instead finds its atmosphere from the newness of the city, the demolition sites and sense of dislocating change. It’s an unusual approach, but it fits perfectly with the urban sensibility of classic noir. Add to that the film’s well-shot, with an eye for lighting and composition, and the performances are quiet and realistic. This is not a movie that tries to heighten reality.

And yet there’s a perceptible atmosphere of amorality and criminality. Title cards at the end insist that Chinese authorities administered justice to all the criminals depicted (shades of Hollywood’s Production Code Administration of the 30s), but the actual story of the movie has a more downbeat feel than that. Visually and dramatically the film builds a world in which man is wolf to man, but not overtly, and not always in physically violent ways. It is a world in which a character pays for their actions, not all at once, but slowly and over much of their life. The family is a partial shelter from this absence of empathy, which is why it’s so devastating when the family unit itself is torn apart. 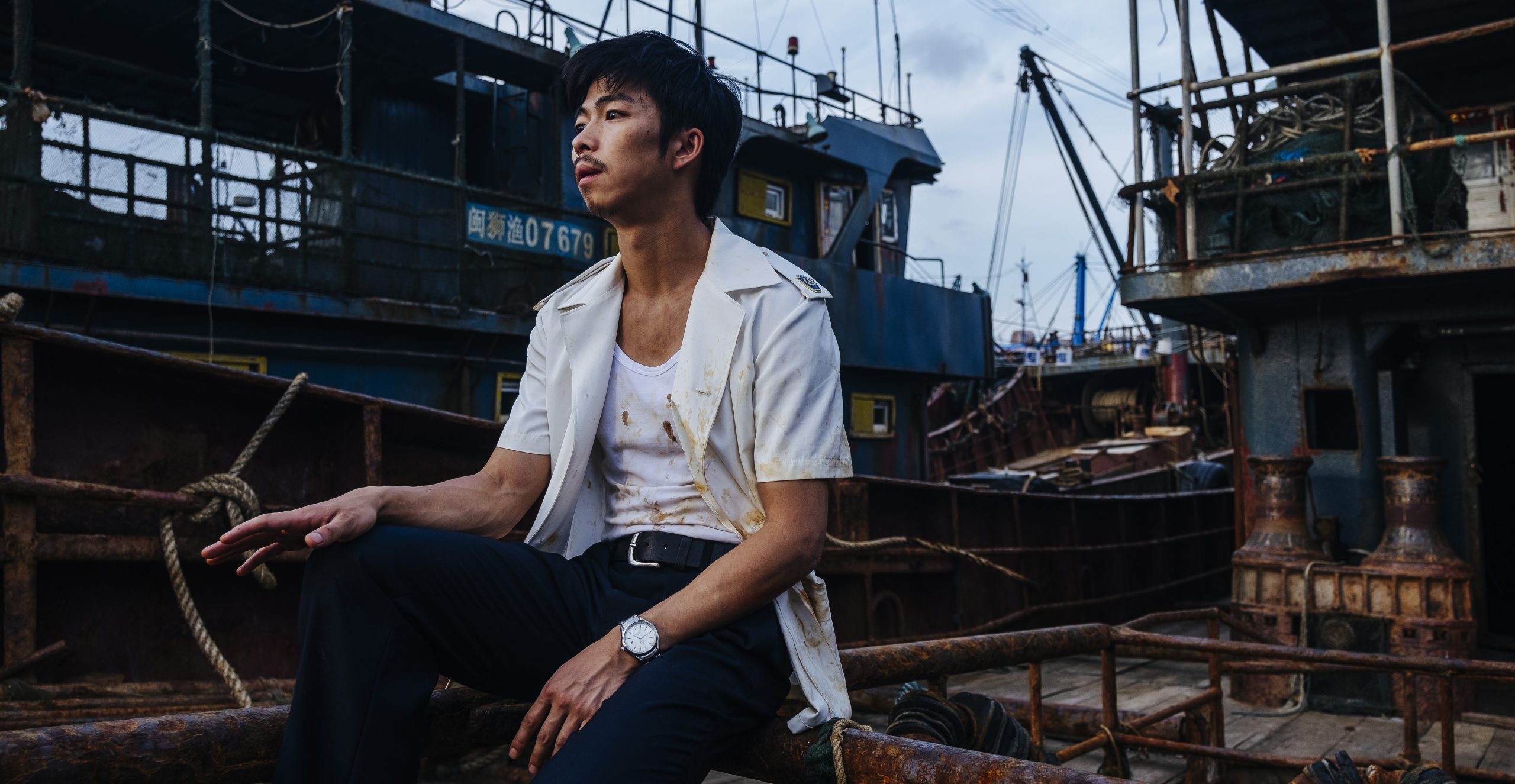 Which is all to say that there’s not much physical violence in this film. There’s one violent scene near the start, another at the very end, and in-between we usually see not the act but the result. This is a movie in which violence tends to go wrong, to have unintended and negative consequences that play out in day-to-day life. Yet this does not mean that the film lacks for suspense. As noted, there’s an atmosphere to it; you know that violence is an option, is a thing that might happen, and that knowledge flavours our perception of the characters’ interactions.

As a contrast, there’s also a lot about family dynamics and how violence affects the family. Li Xiaofeng’s spoken about how the film plays about with the traditional Chinese idea of the patriarchal family, and how that idea’s been affected by the rapidity of social changes of the past few decades. He’s also mentioned that you can see similar themes in classic Western literature dealing with the onset of capitalism. So themes that have a particular resonance for a specific society also resonate more generally: the family versus the wider world; the conflict between an emotionally fulfilling life and a materially fulfilling one. 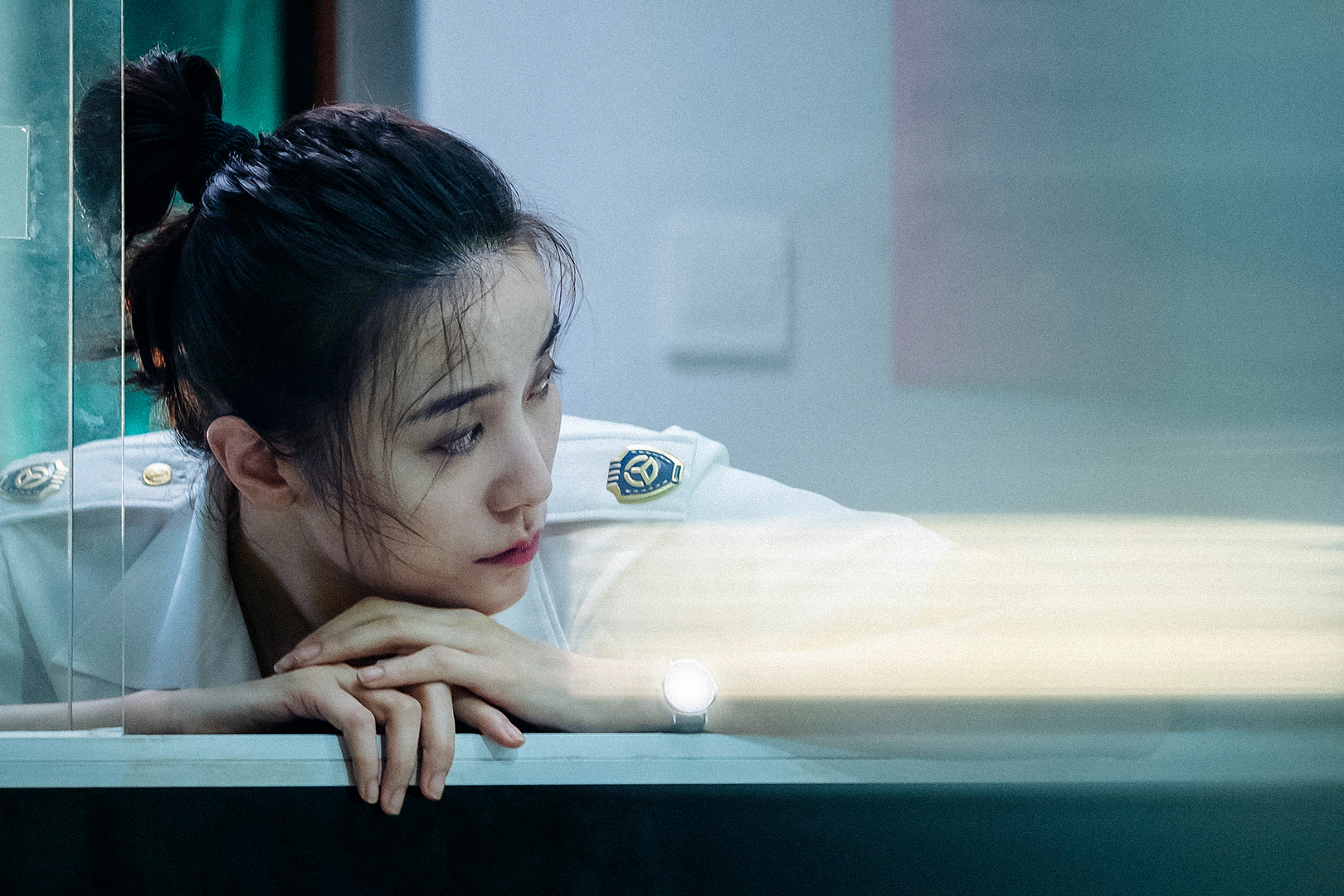 We do have a lot of time to ponder these things. The film moves slowly, with a measured pace. This is surprising, as it also jumps ahead in time at least twice. Neither of these jumps feel like discontinuities, though. Instead they work with a sense of tragic inevitability; we have the sense of watching a pattern working itself out on a large scale over a long time. We see how the past reverberates throughout someone’s life and how it affects one’s future.

But the idea of a pattern to events is not to say that the movie’s predictable. In fact there are a number of unexpected plot moves, all of them in the direction of greater realism. I’ve mentioned the noir elements, but it’s quite possible to view the film as essentially a social drama with some elements of a crime story. Certainly as noir it’s closer to someone like Jim Thompson than Dashiell Hammett. Genres are fuzzy sets, without fixed borders, and this story is both a tale of a man and a family trapped by the nature of society, and also a story of a guy who makes a violent choice that leads him into bad trouble with bad people. It’s both realism and a crime story, which says something about reality.

The title of Back to the Wharf implies much: it’s about not escaping the pull of your past, about always getting dragged back to where you came from, even if that’s also a port opening onto another world. Li Xiaofeng’s direction makes the downbeat story work. It’s less suspenseful than it is contemplative, but it’s a powerful reflection on society, family, and the way people make themselves vulnerable to being used.