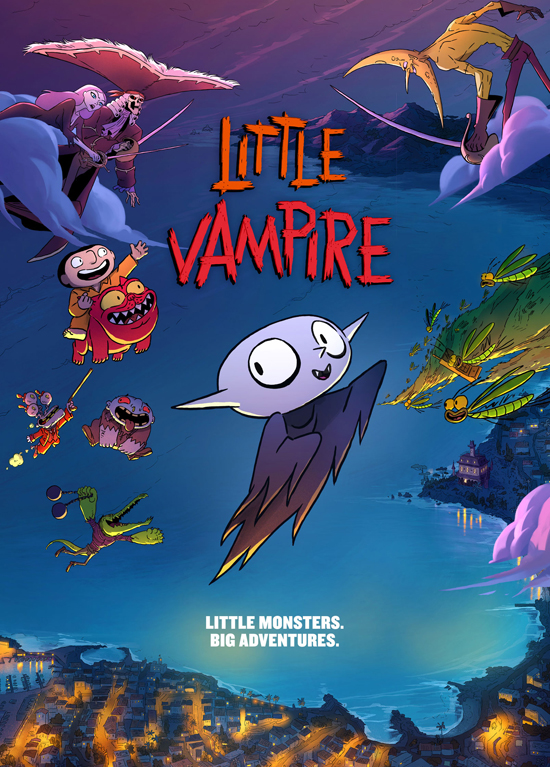 I opened the fourth day of Fantasia 2021 with a bundle of two animated films. The shorter was “Bye-Bye Elida,” a 35-minute piece written and directed by Titouan Bordeau. It takes place in a strange desert, where various people and creatures wander about and connect up. There is no dialogue, and I felt the piece might have benefitted from more explanation — or from more detailed visual storytelling, one of the two. The general idea here is clear; the different characters the film presents, cutting between them at odd points, are all players in an overall ecology. It’s a little like Larry Marder’s Tales of the Beanworld (a most peculiar comic book experience), a similarity enhanced by the whimsical designs, the 2D linework, and the restrained colours. But I didn’t find myself engaged in the same way; the individual sections had too rudimentary a narrative, and at least at one viewing the conclusion didn’t tie enough together for me. It’s an interesting experiment, but not to my mind entirely successful.

The feature film was Little Vampire, directed by Joann Sfar from his own graphic novels, with the adaptation co-scripted by Sandrina Jardel. It opens with Pandora (Camille Cottin), the young and beautiful mother of a ten-year-old boy (Louise Lacoste) being chased with her child by an aristocrat obsessed with her; she calls on the spirits of the dead; they answer; the woman and boy become a vampire, and flee with the skeletal captain of a flying ship — the Flying Dutchman (Jean-Paul Rouve). Three hundred years later, they’ve built a sanctuary from the twisted monster the cruel nobleman has become, a thing called the Gibbus (Alex Lutz). Pandora and the Flying Dutchman have ensured that their boy, known only as Little Vampire, doesn’t remember any of the long pursuit. Instead they all live (well, as it were) in a sprawling crumbling mansion on a hill, where Little Vampire and his monster friends watch horror movies every night.

But this isn’t enough for Little Vampire, who breaks his mother’s order never to leave the house. One night, accompanied by his talking demon-dog Phantomato (originally Fantomate, and either way a nod to the French pulp character Fantômas and voiced by Quentin Faure), he goes out in search of a human friend. And finds one, Michel (Claire de la Rüe du Can). But can a living boy survive Little Vampire’s home? And what of the Gibbus, still lurking about?

That’s a lot of plot, a lot of material to fit into 85 minutes. The movie starts out almost like it was in fast-forward, introducing the basic conflict of Pandora and the aristocrat, then bringing in the Fying Dutchman and turning the leads into vampires, then swinging into a title sequence that summarises 300 years of pursuit by the Gibbus and introduces more new characters and useful information. After that things settle down a bit, and the film gets to its central emotional conflict, pitting Little Vampire’s desire for a friend against his love for his mother and his mother’s rules. 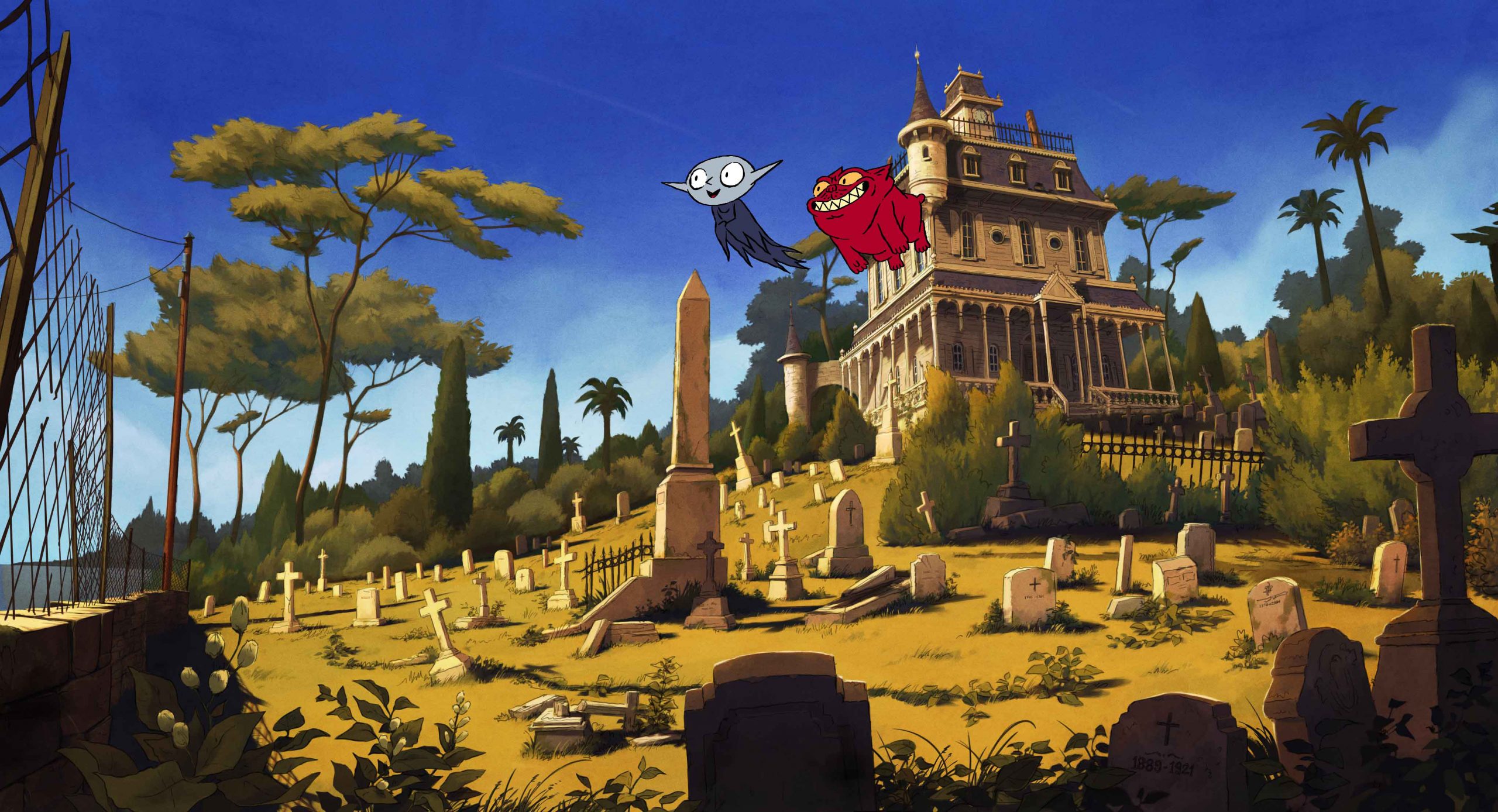 The opening acts as a jolt, forcing us to pay attention and establishing both the complexity and scale of the movie’s mythic background — this story covers centuries, and speaks about love and death. Yet it’s also a light-hearted comedy for children, and the opening makes that clear, too. The movie’s inventive, coming up with new monsters, like the Gibbus and his agents, with distinctive backgrounds. And it plays about with classic imagery, as in the sprawling haunted house with its deathtraps and spooky inhabitants, which somehow still feels like a family home. These things fuse in charming ways; there’s something engaging about the fascination Little Vampire and his childlike monster friends have with old horror movies: “The monsters always lose, but they always come back,” one of them says. It’s good storytelling: the supernatural background gives rise to character elements, and then character feeds back into how the supernatural is used.

The monster movies also give the film a way to indulge its love of classic cinema. There are a lot of references to older films in Little Vampire, starting with the Nosferatu-like look of Little Vampire himself. His parents, Pandora and the Flying Dutchman, have to be a reference to Pandora and the Flying Dutchman (1951). There’s something appropriate about a family film about a family of monsters showing that family bonding over monster movies. 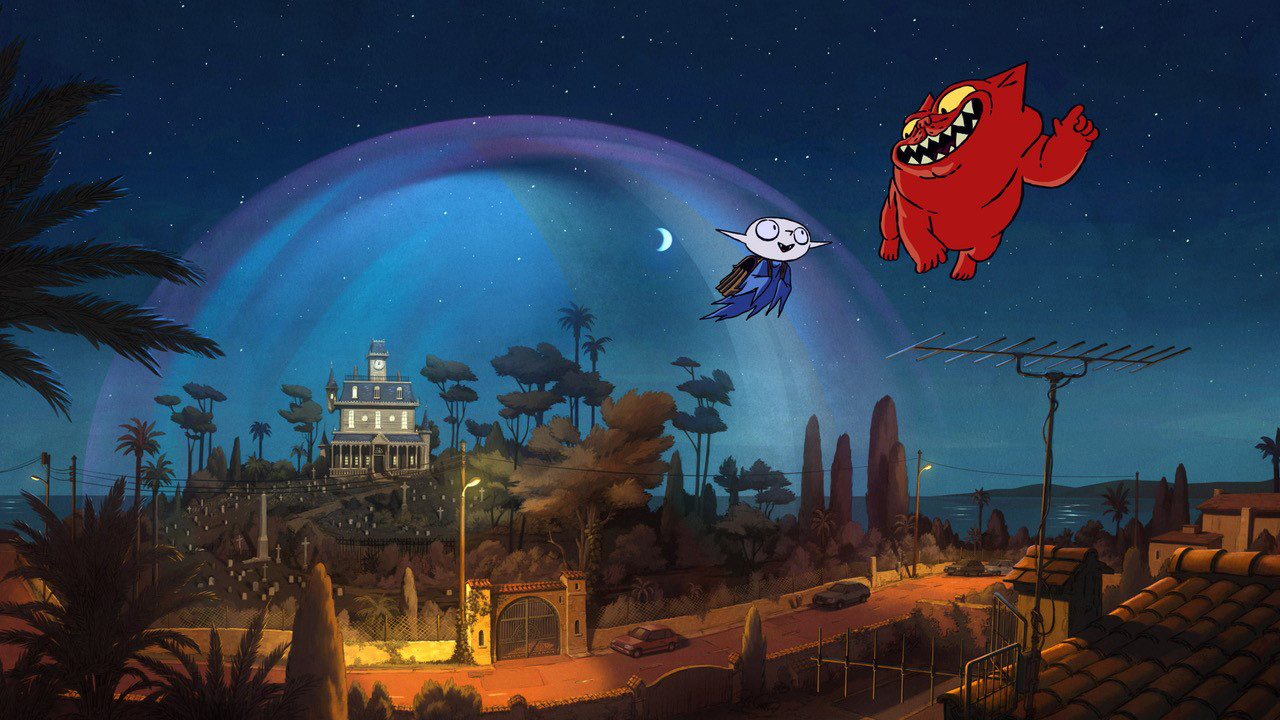 The design of the film is sharp, as you might expect from a veteran and talented artist like Sfar. The Flying Dutchman’s hat alone almost makes the movie worth watching, but the details of the haunted house and the creatures within it are not only nice to look at but help build a world. The colours are fully saturated, but night and shadows are everywhere in a cartoony way. And the movement is smooth and engaging, telling us character clearly and with just enough broadness to be fun.

The humour’s solid enough without being especially hilarious — there’s a consistent tone. It’s mostly fine for the whole family, though there is some grossness (notably when Little Vampire tricks a skeleton into ‘eating’ shit which passes between its jaws and immediately drops out of its body). I will also say that I had some qualms with a redemption at the very end, or perhaps the lack of same. Essentially, a villain’s packed off with a character beat that doesn’t make an awful lot of sense for him, transferring an obsession in a way that doesn’t make sense and, worse, doesn’t imply anything good for the new object of his obsession. It’s a peculiar thing to say that a story of vampires and monsters should strike a false note because it gets human nature wrong, but that’s the way character works in a story. 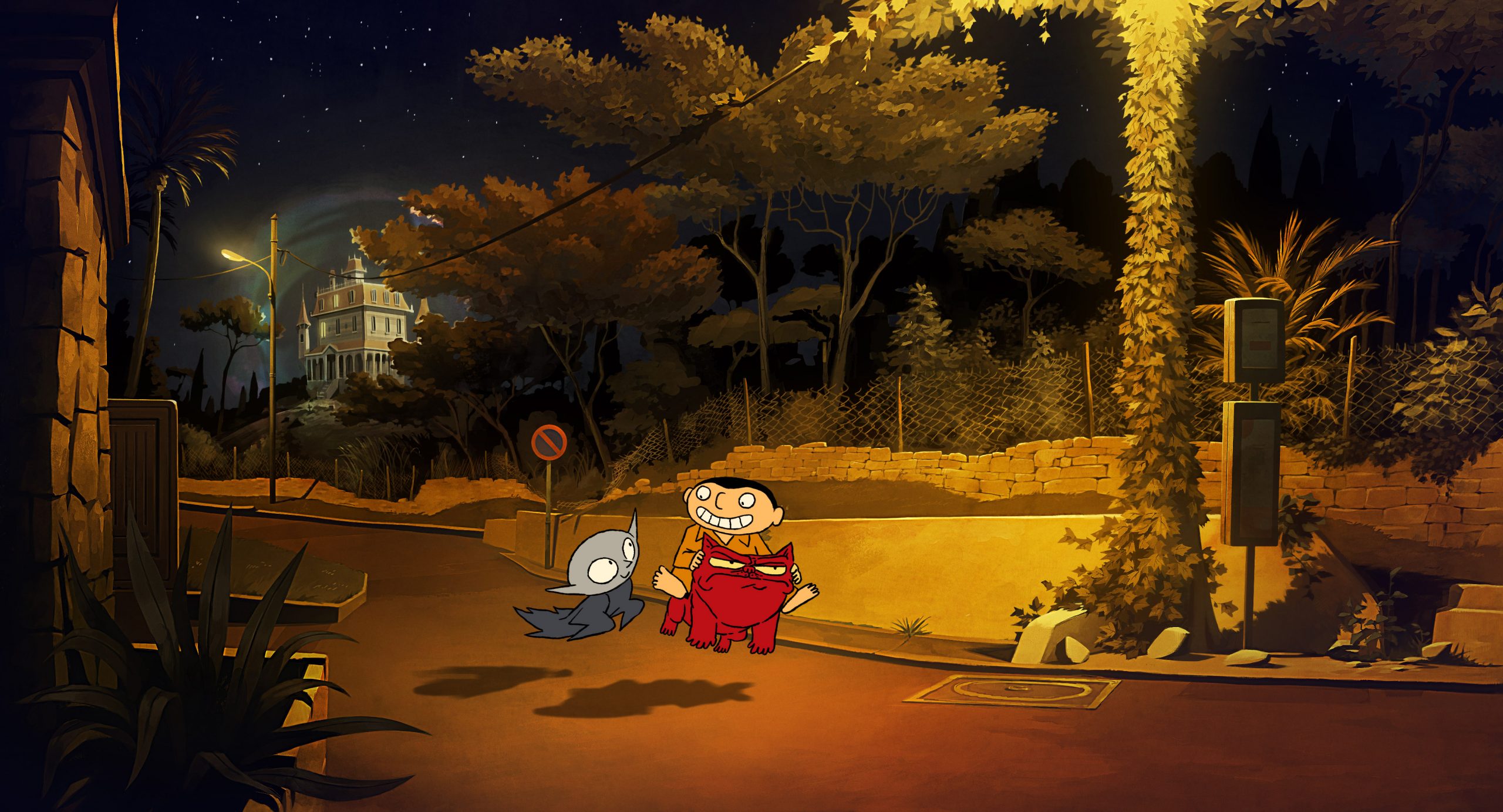 It’s odd, too, because it also undermines what the film’s about. There’s an awful lot in the movie to do with family, and exploring the nature of family in a relatively unconventional way. Little Vampire’s clan is a mixture of blood relation (Pandora) and found family (the Flying Dutchman, Phantomato, and all the other monsters in the haunted house), and mostly that’s handled well, as is Little Vampire’s desire to explore beyond the bounds of his family and step out into the wider world and make a friend of his own. But the ending not only implicitly darkens the character of one member of the family, it also sees off another character in a way that feels wrong — there’s a sense, at least to me, that the family fails her by finding a too-easy resolution to a bigger problem.

Still, it’s a point I can see some debating. The movie is mainly a good quick inventive romp, with some horror elements and a sense of joy. It’s funny and effective, always presenting something interesting to look at, and creating an engaging setting within a detailed world. It’s just about all you could want out of the kind of movie this is, and that’s something that’s always a pleasure to see.