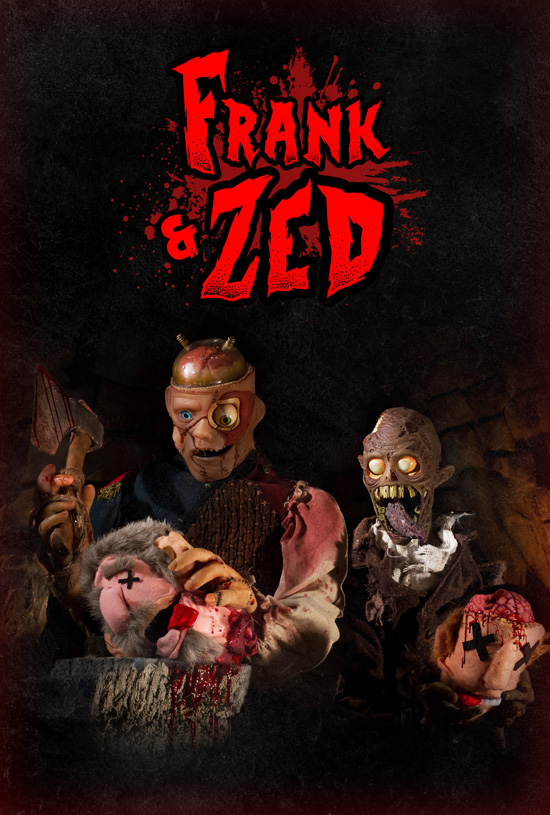 “A Puff Before Dying,” a 10-minute short written and directed by the team of Mike Pinkney and Michael Reich, is a public-service advertisement performed with marionettes. It’s a little like Team America: World Police, I suppose, with a similar sense of irony. There’s a teenage girl (Annie Mebane) who smokes marijuana; her father (James Kirkland) is a cop who hates pot because he’s seen too many people die in car crashes where the driver was stoned; the girl goes for a drive with pothead friends; and the PSA plays out as you might expect. I was not immediately impressed by the humour of the short, but the fact it was actually paid for and approved by The National Road Safety Foundation brings the irony of the piece to another level — it’s so intensely ironic, it’s wrapped back around to being sincere. You can judge the thing for yourself, as the NRSF has it available on their website (scroll down, or search in page for ‘puff’).

The feature that the Fantasia Film Festival bundled with the short was Frank & Zed, a gory puppet movie filled to the brim with felted carnage. Written and directed by Jesse Blanchard, it took six years to make with no studio backing — a Kickstarter-funded DIY project driven by Blanchard’s determination and optimism (on display in a question-and-answer session on Fantasia’s YouTube page). Does the 90-minute result justify the time and effort?

The story’s about two friends, one of whom happens to be a zombie (Zed) and the other of whom happens to be a monster in the vein of the creature assembled by Victor Frankenstein (Frank). But this is another world than the one we know, as the prologue establishes. The two monsters, former servants of a god of death, dwell in a ruined castle overlooking a medieval-like village ruled by a hereditary monarch. The death of the last heir, according to prophecy, will bring on an ancient curse; and this has given a scheming aristocrat a way to rouse the people and lead them to destroy the inhabitants of the castle as a way to seize power for himself. But the torch-bearing mob may find they’ve bitten off more than they can chew. 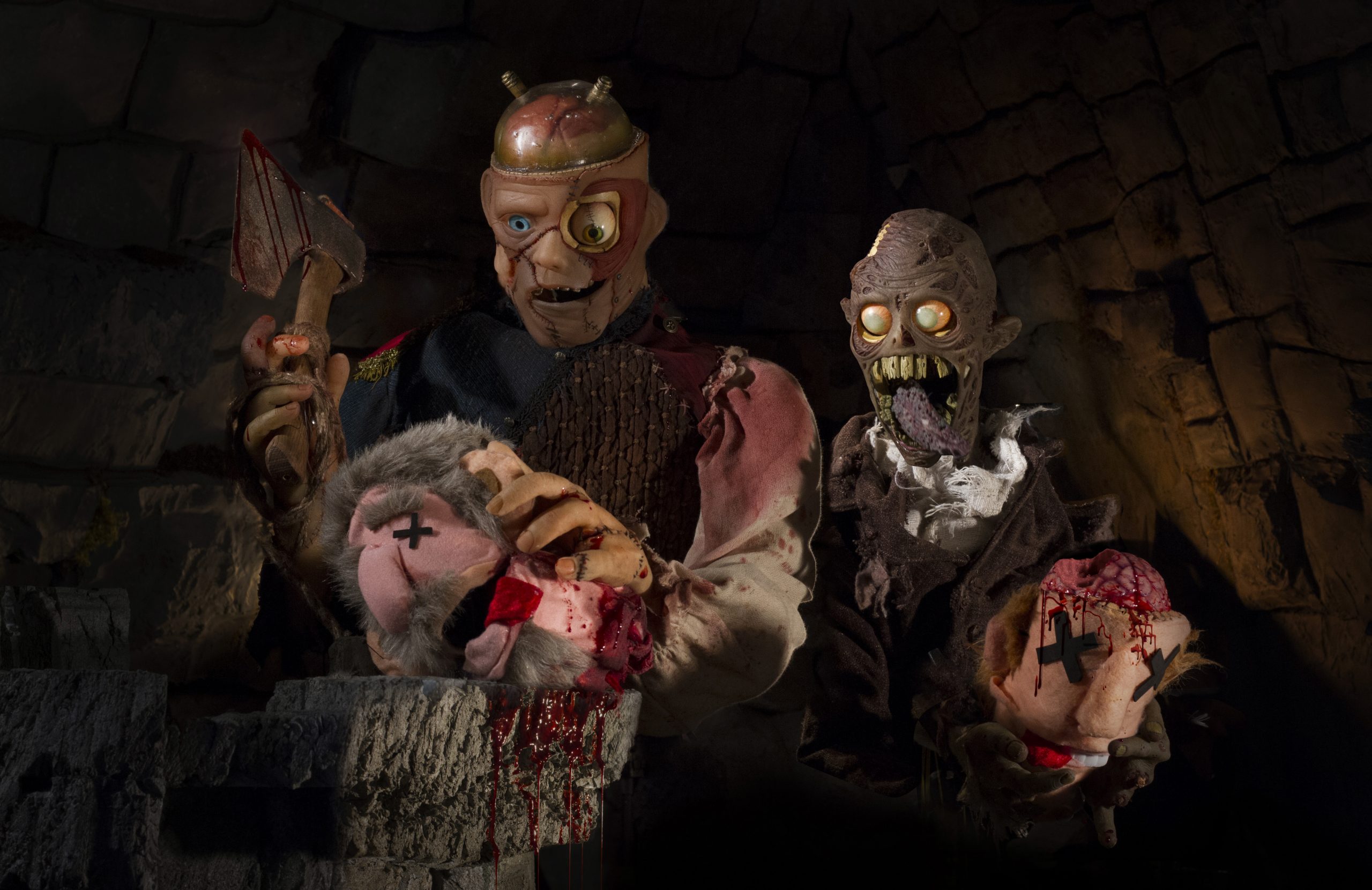 The look of the movie is strong. The puppetry works, though the designs of some of the villagers are busy. There’s an avoidance of CGI, which is probably a good idea since the film’s based on the look of physical puppets — there’s a concreteness to them which supports practical effects more than it would digital imagery, however detailed. Most importantly, the sets convey the atmosphere of old horror films without being in any way realistic; there’s a very Halloween-like feel, an enjoyment of the iconography of things like the Universal monster movies, here rendered in puppet form and much grungier than, say, The Nightmare Before Christmas.

The humour is not sophisticated. It is in fact obvious, even stupid, if not exactly what I’d call lowbrow — no toilet jokes, for example, and no sex. Lots of decapitations and disembowelments, but no castrations (that I noticed). Much of the humour comes from contrasting the puppets with fake blood and entrails, and with an absurdly high body count. The rest are blunt gags — for example, when an old peasant tries to figure out a way around the prophecy one of his relations tells him “Gramps, when you’re poor like us you don’t get a loophole.” It’s sold well, but it’s not humour that particularly engages me.

Mainly, the movie works because the two monsters are good leads, and their friendship (and symbiotic relationship) gives the movie enough of an emotional core to work. It’s not that there’s much character here, but there’s enough to be affecting. It probably helps that neither creature speaks; the visual storytelling works, certainly well enough that the audience projects themselves into the characters. Thematically there’s some material about manipulation by deceitful and power-hungry politicians (an evergreen theme given more salience these past years) and the evil of making assumptions about others — which latter would probably have worked better if Frank and Zed were not actual bloodthirsty (or brain-hungry) monsters. But there you go. 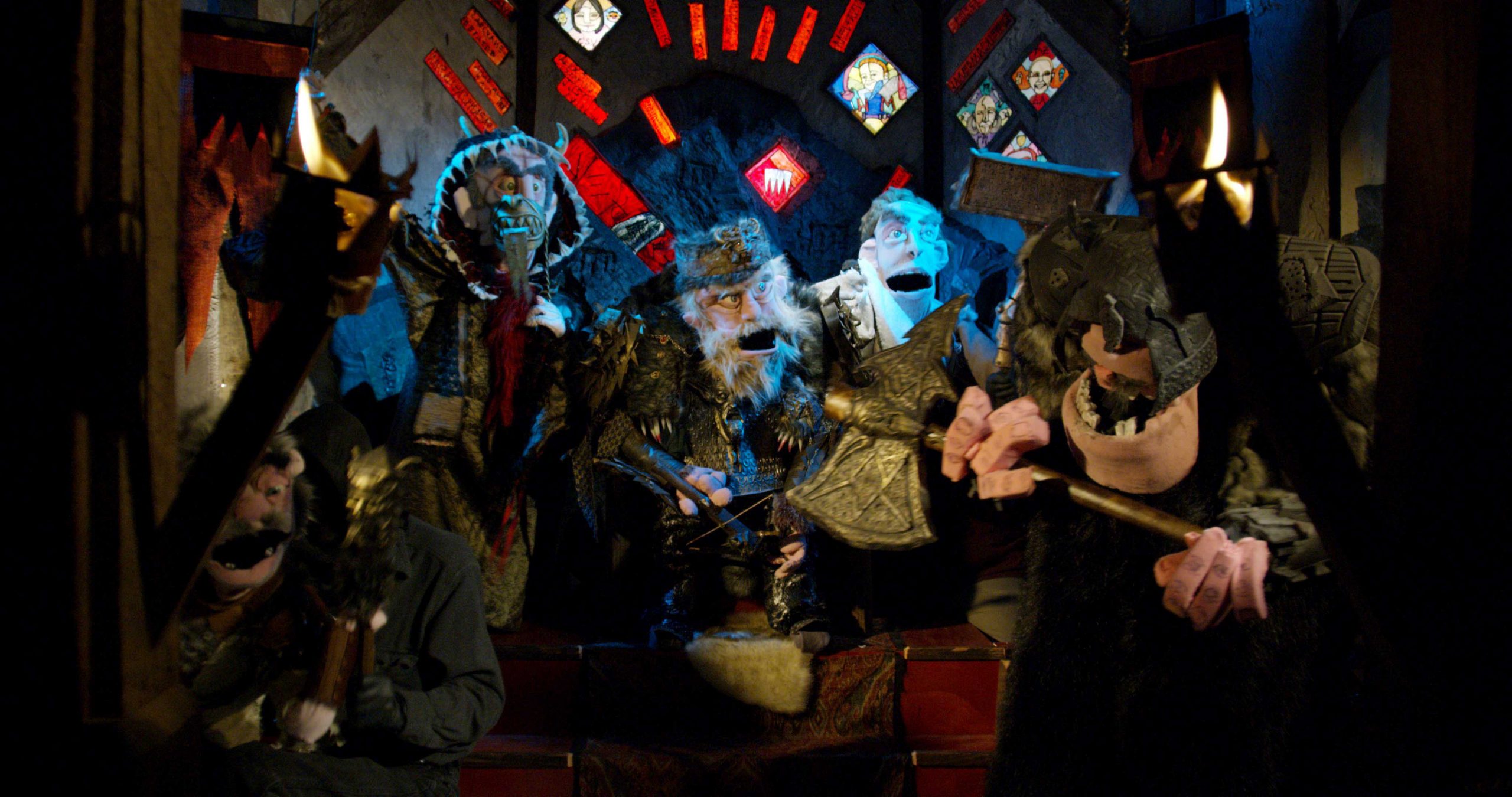 The plot of the movie has some issues, most of which appear in the first half or two-thirds of the film. This first part introduces characters and sets events in play; the second part is the mob storming the castle. The first half, to me, felt like a bunch of scenes stuck together with relatively thin connecting material. I’m not sure the movie needed 45 minutes and an extensive backstory to get a torch-wielding mob to storm a castle holding undead creatures. In particular, the film trips over itself by introducing five magical weapons dedicated to the destruction of the ancient god of the castle. Most of the weapons don’t play a significant role, but one of them has the power of mind control and is used by the evil power-hungry aristocrat to rouse the villagers to attack. Only, you wonder why he didn’t use the mind-control power to take the throne outright, without the castle-storming sidetrack.

Anyway, the second half just about makes up for the inconsistency of the first half. The actual fight in the castle is excellent, frenetic and unpredictable and inventive and bringing together everything introduced earlier. The fight brings things together so well, in fact, I wonder if it might have made more sense to start with the village characters attacking the castle and introducing them there — once the battle gets going they come to life and in many cases claim a distinctiveness and an individuality that was missing earlier. The fight itself unfolds with a solid internal structure, growing with a good pace, introducing more and better gags than the pre-castle scenes. The raison d’être of the film is the blood and violence, and most of it’s in the second part. As I say, it’s tempting to wonder if the movie could have been restructured to take place almost entirely in the castle, with a few key flashbacks. 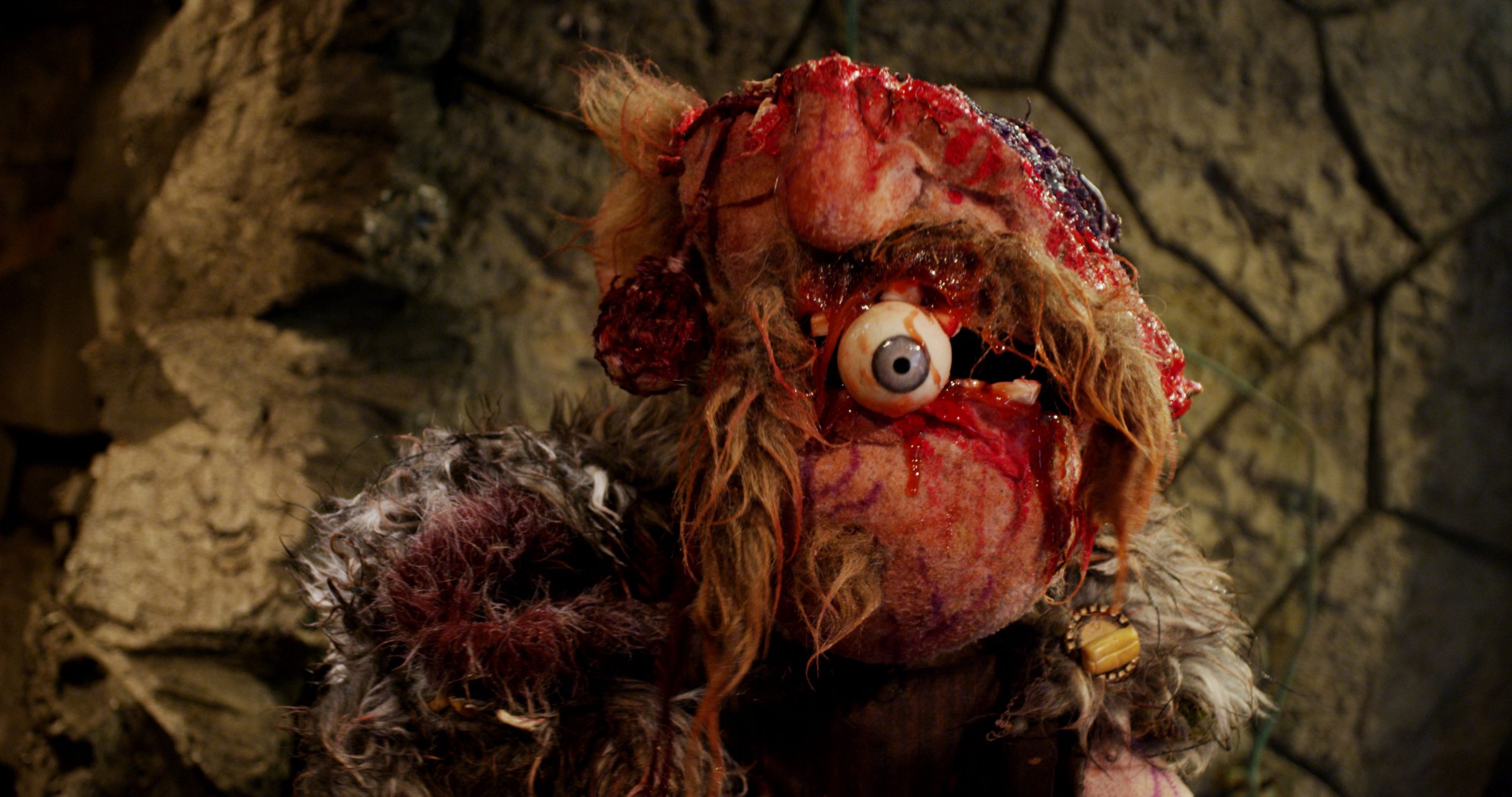 As it is, the film feels like it’s working its way through too much story material. That’s better than having too little, of course, and it does build a world that pulls you in with its sheer sprawl. But there’s a risk of setting up certain expectations that don’t pay off. Notably, I found myself waiting for a potential last opponent mentioned in the backstory to emerge at the climax of the fight scene, and that never happened; what we get is fine, but it feels when all is said and done that there was story material left unexplored.

Still, in a world with The Corpse Bride and Puppets Who Kill and so on and so forth, the puppet goriness on display in Frank & Zed more or less justifies the movie’s existence. It’s an interesting take on horror icons — what would an installment of Fantasia be without some new version of Frankenstein’s monster? — that does a decent job of uniting playfulness with bloodshed. It’s promising, if flawed, but you see the enthusiasm that drove the movie’s creation, and it’s reasonable to think this could lead to more and better work from Jesse Blanchard and his puppeteers in future.