Uber-editor Jason M. Waltz kindly invited me to write the introduction to his new anthology The Lost Empire of Sol: A Shared World Anthology of Sword & Planet Tales, co-edited by Black Gate blogger Fletcher Vredenburgh, a terrific new shared-world volume that contains new stories by Howard Andrew Jones, E.E. Knight, Mark Finn, Keith Taylor, Joe Bonadonna and David C. Smith, and many more. As I was putting it together I realized that my concept of Sword-and-Planet is probably a little displaced from the modern definition. Nowadays it refers very specifically to John Carter-like tales fantasy adventure on far-off planets, as Howard Andrew Jones and I explored in our 2019 column over at Tor.com, Five Classic Sword-and-Planet Sagas (written under my Todd McAulty pseudonym).

But I tend to agree with Gardner Dozois, who used the term far more broadly to refer to old-school science fiction, and especially pulp-inspired tales of adventures in exotic locales. One of my favorite anthologies is his 1998 volume The Good Old Stuff: Adventure SF in the Grand Tradition, which I reviewed for the SF Site way back in 1999, and which is packed with exemplary examples. Here’s what I said at the time.

“Old Stuff” refers here to the spirit of early SF — the grand Space Opera, the planetary romance, what Dozois calls “the lush sword-and-planet” tale. Collected here are a fine assortment of short stories and novellas which celebrated that tradition, and in some cases took it in significant new directions.

There are tales of far exploration into the vastness of the galaxy in the face of hostile opposition (A.E. van Vogt’s “The Rull”), unknowable ancient alien civilizations (“The Last Days of Shandaker,” by Leigh Brackett), mysterious and deadly inter-dimensional invaders (James H. Schmitz’s superb, and oddly pastoral, “The Second Night of Summer”), rites of succession for a Galactic Empire (Jack Vance’s “The New Prime”), and brave men and women faced with terrible peril (just about any of them, really, but most especially Poul Anderson’s swashbuckling novella of intrepid explorers on a post-apocalyptic Earth coming face-to-face with strangely advanced barbarians from the far continent of Nor-Merika, “The Sky People.”)

I’d been a Poul Anderson fan for two decades by the time I read “The Sky People,” but I’d never read anything like that story, and it sent me scrambling to find more. That led me to Maurai & Kith, a 1982 Tor collection that gathers all the short stories in the series, plus two tales in his semi-related Kith series of early interstellar explorers in the 21st and 22nd centuries. It’s a volume that belongs in the collection of every SF fan. 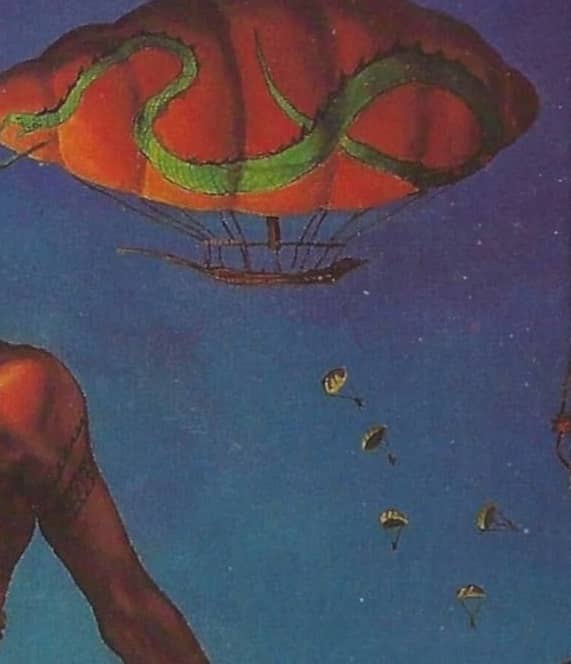 Here’s how Dozois introduced “The Sky People” in The Good Old Stuff.

By the late ’50s and early ’60s [Anderson] may have been one of the most prolific writers in the genre, and by the mid ’60s was also on his way to becoming one of the most honored and respected writers in the genre as well. At one point during this period…. Anderson was running three of the most popular and prestigious series in science fiction all at the same time: the Technic History series detailing the exploits of the wily trader Nicholas van Rijn… the extremely popular series relating he adventures of the interstellar secret agent Dominic Flandry, probably the most successful attempt to cross SF with the spy thriller, next to Jack Vance’s Demon Princes novels… and, my own personal favorite, a series that took us along on assignment with the agents of the Time Patrol…

Almost any of the best stories from any of Anderson’s major series would have been an appropriate choice for this anthology; one of his Time Patrol stories was an early favorite in the running, and there were exploits of Dominic Flandry or Nicholas van Rijn that would have served equally as well, as would some of his non-series work. I kept coming back to the big, vivid, and powerful novella that follows, though — an evocative story full of color and action that, in spite of all the swordplay and swashbuckling, also examines a subtle point with a good deal of profundity: just what is civilization, anyway? And are you sure you’ll recognize it when you see it….?

Maurai & Kith was the first (and only) collection of tales set in Anderson’s compact and original future history charting the rise of a Polynesian civilization after a nuclear apocalypse. The series included one novel, Orion Shall Rise, first published in 1983.

Maurai & Kith contained five stories, three dealing with the Maurai (“The Sky People,” “Progress” and “Windmill”) and two Kith tales, “Ghetto” and “The Horn of Time the Hunter” (originally published as “Homo Aquaticus”). Here’s the complete table of contents.

So how are the Maurai and Kith tales related, exactly? Well, that’s an interesting story.

Orion Shall Rise (Baen Books, 1991), the only novel in the Maurai sequence. Cover art by Paul Alexander

Here’s a brief summary of the Maurai sequence from Wikipedia.

The Maurai series is a series of short stories and a novel by Poul Anderson set in a resource depleted, post-apocalyptic Earth several centuries in the future. The series is named after its most frequent protagonists, citizens of the Maurai Federation. The Maurai (originally descended from Māori peoples of N’Zealann and other Polynesians, but including a diverse array of ethnic and racial groups) dominate the Pacific and Indian Oceans. Fearful of the social and ecological implications of a return to large-scale industrial society, they use their considerable might and covert resources to prevent other nations from developing nuclear power.

In Orion Shall Rise, the novel that culminated the series, Anderson allowed for the possibility that a more equitable distribution of power, and an advanced, space-faring civilization might evolve….

In addition, the Maurai world is one of the many past and future times visited by the time-traveling protagonist of There Will Be Time.

There’s your connection, strange as it may seem. In Poul Anderson’s Hugo-nominated short novel There Will be Time, originally published in 1972, the time-traveling protagonist visits both the Maurai and Kith civilizations, making it an integral part of both series.

There Will Be Time (Signet/New American Library, 1973). Cover art by Fernando Fernandez

What’s the other important linking factor? Both series are too short to justify a separate collection, so it makes sense to package them together. It makes sense to me, anyway; stop complaining.

Here’s the lowdown on the Kith tales, also from Wikipedia.

The Kith are a starfaring culture featured in a number of science fiction stories by American writer Poul Anderson. They are:

The Kith develop out of early interstellar explorers in the 21st and 22nd centuries. Because of the effects of time dilation associated with travel at near-light speeds, the Kith maintain separate settlements (“Kithtowns”) in which care was taken to keep their language and culture consistent over the course of millennia. As Kith usually marry among themselves, they seek to avoid in-breeding by a strict exogamy; Kith must find their mates in a ship other their own, marriage between crew members of the same ship being considered a kind of incest.

Inevitably, Kith come to regard planet-bound cultures with aloof detachment, as an individual Kith may witness in his or her lifetime the passage of hundreds of years, the rise and fall of empires which can only seem ephemeral. To the ground-dwellers such attitudes come to seem superior and arrogant, and the Kith’s apparent near-immortality arouses envy. Although the Kith are instrumental in maintaining the network of trade that makes human interstellar civilization possible, over time they become the object of derision, suspicion and ultimately persecution….

I still find it fascinating how Anderson can pack tales of such epic scope and ambition into such a small canvas. Both series fit comfortably in a single collection. Find it, read it. 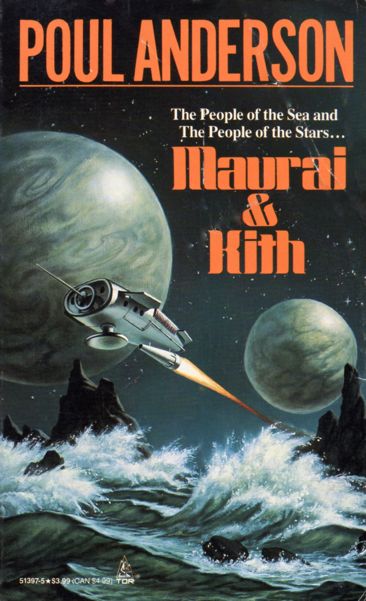 Our previous coverage of Poul Anderson includes many dozens of articles. You can find them here.

WELCOME BACK! WE’VE MISSED YOU!

Thanks George! We had a migration glitch as we upgraded to a much faster server, and a ended up having to scrap the whole thing and upgrade to a different machine. It was a painful ten days, but we’re back!

Keith — any plans to review it or THERE WILL BE TIME? I’d love to hear what you thought.

My work here is done.

The following four comments (from Robert Adam Gilmour, Mark Robinson, Keith West, and David) were lost when Black Gate was restored to an earlier backup after our site migration. I screen-captured them before the migration, and have posted the images below. Thanks for the comments!

This also kind of reminds me of Anderson’s other big post-apocalyptic story (that I’m aware of), The Winter of the World, which IIRC is about a group of nomad horseman during the next Ice Age.