I’m not sure how I feel about this.

Normally there are always mixed feelings when a beloved sitcom heads to the big screen. Will a movie with high production values ruin the original charm? Will what seemed incredibly entertaining on the small screen, come off as cheesy on the big one? And maybe most importantly, what actors could possibly do justice to the characters we grew up with?

And honestly, the results here are extremely mixed. On the positive end of the spectrum, you have the 1964 show The Addams Family, whose movie iterations (1991 & 1995) were very artfully translated, charm intact, from the source material. In the middle you have shows like Lost in Space (1965) and Star Trek (1966) whose big screen iterations were fun, if a bit uneven. But then you have the complete “OMG why???” examples such as Dark Shadows (1966), whose 2012 remake was a hot mess, at least in my opinion.

But this week we learned about a new film adaptation of The Munsters (1964) that comes with a whole lot of mixed emotions. On the one hand, this does seem long overdue. There was a Munsters movie back in 1966 starring the original cast, which was released directly following the cancellation of the TV show. And though there have been three other revivals of the characters, with the last one being in 1996, all were made for television. So, it seems like the time had come to see The Munsters get the Hollywood treatment. 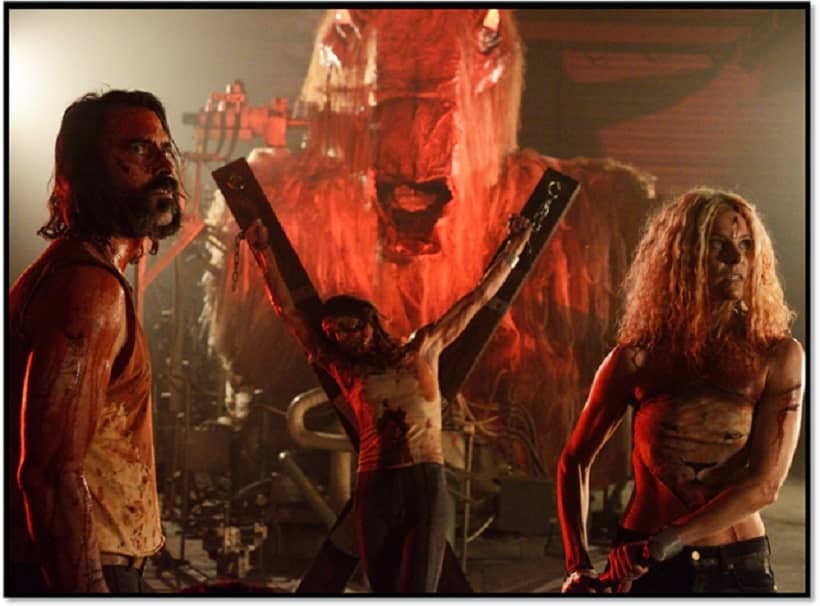 The future Herman and Lily Munster…

On the other hand…

Rob Zombie, former front man of the heavy metal band White Zombie, and more recently the director of blood-bath trilogy House of 1000 Corpses, The Devil’s Rejects and 3 From Hell, has been tapped to write the script as well as sit in the director’s chair. Though Zombie has long professed being a fan of the original television series, we can’t help but be a tad bit nervous thinking about Herman, Lily, Grandpa, little Eddie, and the lovely Marilyn in the hands of Captain Spaulding.

The cast of Zombie’s Munsters will feature several Zombie film regulars, which does nothing to make us feel better about this. Zombie’s wife Sheri Moon Zombie as Lily Munster, was last seen burning another character to death in 3 From Hell. Jeff Daniel Phillips who will play Herman Munster, was also last seen in 3 From Hell being murdered by Sheri Moon Zombie. Richard Brake and Dan Roebuck, additional veterans from Zombie’s prior films, with also star.

The idea of a Quentin Tarantino-directed Star Trek eventually died, partially because fans had a hard time imagining expletive-laced dialog coming from the mouths of beloved characters (though the only evidence of this was the film’s potential R-rating). Part of me hopes the same will happen to this version of the Munsters. There is no evidence Zombie would take the show from a harmless comedy to a violent adaptation, but there is no evidence he won’t either. And I certainly don’t want to see the suggested ickiness that was sometimes implied in the black and white version, brought to graphic technicolor light, even if (or especially if) the humor is retained. In other words, I don’t want to see The Munsters turned into a semi-gross-out, black comedy.

The film is said to be scheduled for a premiere on NBCUniversal’s new Peacock streaming service and open in theaters via Universal Pictures on the same day, though no dates have been provided.

I guess I do know how I feel about this; I hope it stays that way.

As a fellow fan of The Munsters, and all things monster adjacent, I feel your pain. My only hope is that Mr. Zombie is so much a fan that he will force himself to stay true to the original source. In the end, I feel it will be a light diversion as nothing will ever take the place of the original cast in my mind. I still shudder when having thoughts about the 2012 reboot Mockingbird Lane.

Wow, I had (thankfully) forgotten about Mockingbird Lane. It was meant to be the beginning of a new Munsters series on NBC, but was so blatantly awful that the idea was immediately scrapped. Sometimes dead IS better…

90% of the original show’s charm came from Car 54 alums Fred Gwynne and Al Lewis. How are you going to replace that kind of talent? This news gives me the same kind of “uh oh” feeling that I had when I heard that Frank Miller was writing and directing the Spirit movie…which turned out even worse that I imagined it would. Here’s hoping I’m wrong this time.

TPark, this is definitive proof that you are never, ever wrong…