Keith Laumer was an Air Force officer and a diplomat in the United States Foreign Service before becoming a full-time SF writer in the late 50s. He was a familiar face in the digest SF mags, with four stories nominated for Hugo or Nebula Awards, and A Plague of Demons was nominated for the Nebula Award for Best Novel in 1966. His most famous series, the satirical adventures of the cool-headed galactic diplomat Retief, and the military future-history focused on Bolo super-tanks, were popular for many years.

Laumer famously suffered a stroke in 1971 that left him unable to write for many years; a long rehabilitation eventually enabled him to pick up a pen again, but his work suffered noticeably. As Wikipedia notes:

The quality of his work suffered, and his career declined. In later years, Laumer also re-used scenarios and characters from earlier works to create new books, which one critic felt limited their appeal: “Alas, Retief to the Rescue doesn’t seem so much like a new Retief novel, but a kind of Cuisinart mélange of past books.”

Laumer’s editors and publishers, and many of his readers, remained loyal for many years, publishing, promoting and reading many books that were markedly different from his earlier output. In 1983 Ace put substantial marketing dollars behind the 400-page space opera Star Colony, advertised as “His Long-Awaited Epic Novel.”

A disjointed pseudo-docudrama detailing the “”history”” of star colony Omega, with only a few flashes of the old Laumer wit… Less a novel than a set of intermittently amusing stories weakly cobbled together — with lots of comic-book action, silly dialogue and little overall coherence.

Modern readers haven’t been much more generous. Star Colony has a 3.06 rating at Goodreads; this review by James is fairly typical.

I am glad I got this book for free. The writing style is hard to follow. He abandoned an entire plot line. One of the main characters has super strength that goes unexplained. There are just too many loose ends…

Here’s an longer excerpt from the Kirkus review.

Colony ship Omega crashlands on an inhospitable planet inhabited by grublike telepathic aliens; when the ship inexplicably disappears, the colonists — already at odds among themselves — are thrown back on their own resources. Years later, the planet is rediscovered by ex-captain Taliaferro Tey and revolutionary Nat Grall, fleeing from overcrowded, totalitarian Earth, who find the aliens hooked on religious cults and the colonists’ descendants split into primitive, warring factions. So Tey and Grail journey about, trying to piece together the story by cracking heads. . .  Less a novel than a set of intermittently amusing stories weakly cobbled together — with lots of comic-book action, silly dialogue in painful neo-rustic accents, and little overall coherence.

Keith Laumer died in 1993. I haven’t read much of his work since the 80s, and very little has been reprinted in the last decade. If I had to make a bet, I wouldn’t wager that he will be one of the SF writers whose work will endure this century.

Which is a shame, as I quite enjoyed his particular brand of fast-based, exciting SF featuring lone-wolf superhumans, especially his Bolo stories which, taken as a whole, form a compact little future history with a rather unique military slant. I started reading them in Analog in the mid-70s, and later in a series of collections. 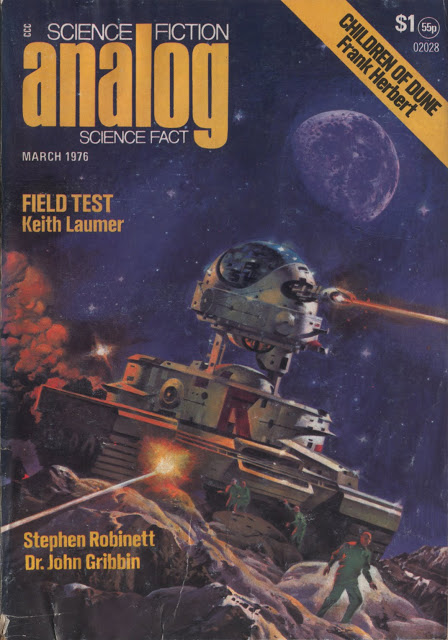 I found Star Colony in a collection of 13 Laumer paperbacks I bought on eBay for $9.99 back in December. 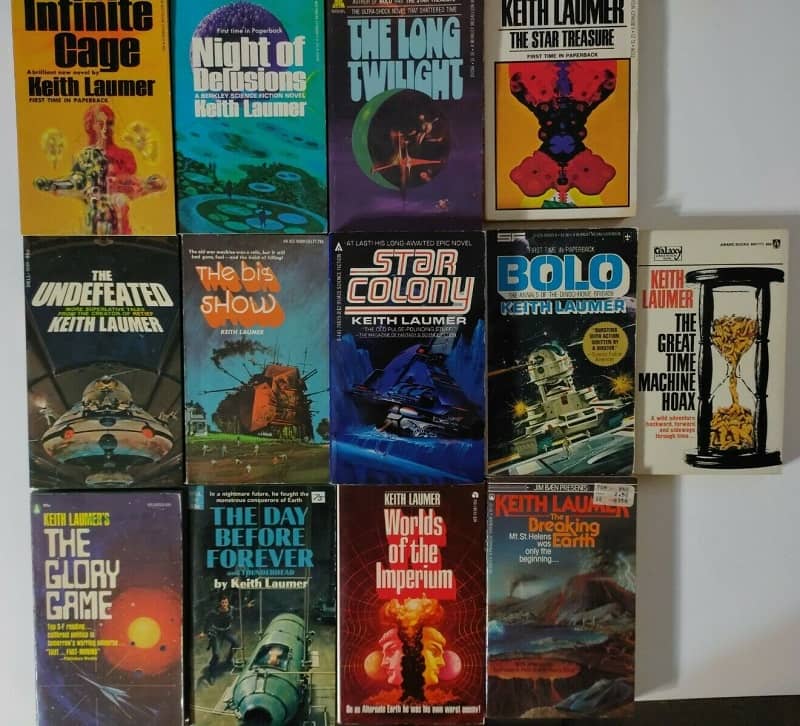 Star Colony was published in hardcover by St. Martin’s Press in 1981, and reprinted in paperback by Ace Books in March 1983. The paperback edition is 396 pages, priced at $2.95. The cover is by Attila Hejja. It has been out of print since 1986; Gateway / Orion issued a digital edition in 2016.

You’re probably right that Laumer (to say nothing of bigger names from his era) is destined for oblivion, and it’s too bad. Worlds of the Imperium and Dinosaur Beach are two of the best action-adventure sf novels you’ll ever read. They (along with the best the Retief stories) deserve to be remembered.

I think what might save Laumer is a streaming adaptation.

I think Retief would make a fine Netflix series, in the hands of a showrunner that got the humor and the satire (and one that could bring modern SFX and costuming to a big non-human cast).

That probably won’t happen. But I think it would be fun.

I would watch a Retief TV show. There was a six issue comic book adaptation of Retief in 1989. It was pretty good and had the feel of the stories.

I remember encountering a Retief novella in Analog sometime after Laumer’s stroke (of which I was then unaware) and being shocked at how horrible it was. A sad story. Apparently his personality suffered as well (perhaps only because of anger at what had happened to him, perhaps because of changes in his brain chemistry) and he became much harder to deal with.

I understand that Laumer had a pretty nasty falling out with Harlan Ellison (get in line, right?), maybe after this stroke.

Just by coincidence, I just bought a copy of STAR COLONY last week. I grew up reading Keith Laumer’s wonderful adventures–Retief stories and novels were my favorites–but as you pointed out, Laumer’s writing suffered after his stroke. Read Keith Laumer’s works written before 1971 and you’ll find a lot to like. Those stories and novels from the 1960s should be used to judge Laumer, not the inferior works he wrote post-stroke.